At first I thought that JMC was the brand name of trucks or something like that (what naivete!) until I opened the catalog of this well-known company.

The effect was so powerful that even a factory of chocolates couldn’t compete. What delectation! One after another. And the fishing boots, my god! They were both beautiful and desirable. Compared to the boots even most beautiful Hollywood actress would be an also-ran. Well, you better believe that I ordered a pair immediately (the boots, of course, not the actresses)!

In record time our lovely post-mistress delivered the anticipated package. Without skipping a beat I pulled on the boots and, like Cinderella, headed for the ball… in this case the nearest river. In fact, the fishing boots were so comfortable that I forgot to remove them that night when I attended a special dinner at the Elysee Palace hosted by the new President (we have a lot of clout at le Mouching!) The President’s lady-friend immediately sent a TWEET that, in essence, said: “Flechemuller has new JMC boots. What a spectacular allure!”. And that’s the reason, more or less, that as I write these lines, all the members of government are wearing boots exactly like mine. Some of them have felt soles while others have the more virile cleated soles which are terribly sexy on the feet of the minister of Police.

For this reason the JMC company risks a running out of stock; so I implore you to order your boots without delay. You can thank us later ! 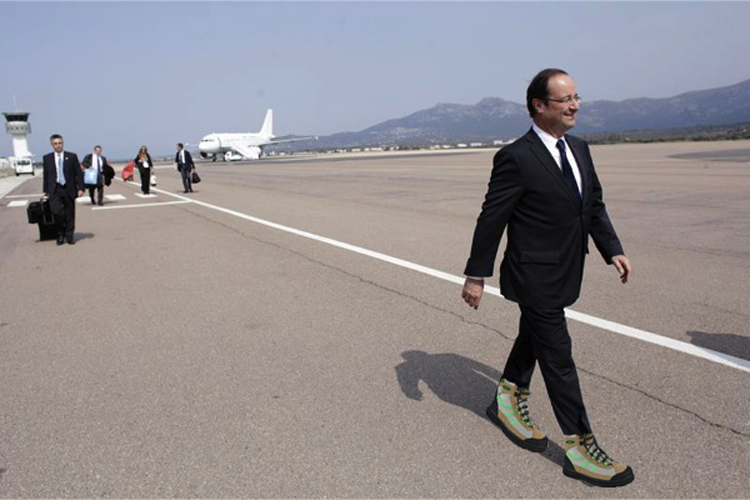 (Boy, if this isn’t god-almighty publicity, they can hang me by the shoestrings of my JMC boots!)