It was in the mid-eighties that I first met him. He was enthroned in the middle of the river like a maharaja with 3 splendid young ladies wading around him. It was a lovely image but idiotic, hopelessly romantic, like David Hamilton’s soft focus photos of suburban virgins (that made me swoon when I was young). Between two outbursts of laughter the guy, haphazardly, cast his fly into the current.  His technique was clearly quite primitive but I think that he couldn’t care less, he was just happy to have his feet in the water with 3 bare young butterflies frolicking around him.

The spectacle was so strange that I couldn’t resist the temptation to, “between fly fishermen”, introduce myself and start up a conversation.

Before we separated we exchanged telephone numbers. That was my first error because from that moment on “Roger L” was my personal leech.

I don’t want to imply that our relationship was a nightmare from the get go. No, no! Roger wasn’t a bad guy, but it’s true that every time he opened his trap he gave me the shivers and I only wanted one thing: to find myself miles away from him. The number of stupidities that he could utter per minute could surely win him a place in the “Guinness Book of Records” under the rubric of “big jerk”.  To give you one of the more notable examples: one night he invited me and my wife to dinner and, who knows why, the subject of conversation was “the History of Jazz”.

Roger immediately stunned us. Without skipping a beat, without warning, without the shadow of a smile he said: “Jazz, you know, was invented by white guys; the blacks only copied them!” (When he said that he was so excited that white foam formed at the corner of his lips, a most repugnant vision, especially at table!)

My wife glanced over at me and lightly raised her eyebrows as if to say: “You think that he’s serious or is he an even bigger jerk than he seems?”

I responded raising my eyes to the ceiling, which is to say “Don’t worry the guy is simply looney, hang on, it’s almost time to break camp”.

Ever since that night we nicknamed him, privately, “Mr. Jazz White”. 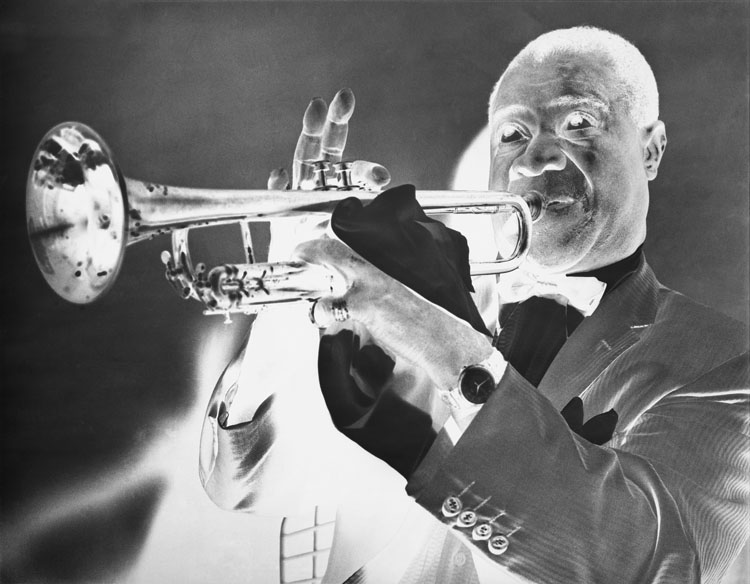 However, when it came to fishing, the rascal was really a fanatic. Any fishing, never mind what kind; fly fishing, bait fishing, spoon fishing. In fact he knew absolutely nothing about fly fishing and when my buddy Pascal taught him the rudiments of technique, well, the next day “Jazz White” not only opened up a school for fly fishing (absolutely true!), but he professed to give lessons to Pascal who still can’t get over it! He was like that, the animal. Add to the picture that the idea of “no-kill” was foreign to him and if today the famous large perches that were abundant in the river are only a vague souvenir, we can give partial credit to “Jazz White” and his buckets filled to the brim with those magnificent fish.

And then, last year, without warning “Jazz White” kicked the bucket. Paf, just like that! No more “Jazz White”.

I have to confess to one thing that, even today, I find difficult to explain. Often, when I find myself alone, wading at the river’s edge, well… you won’t believe it, but I miss “Jazz White”.

Friendship, it’s a funny thing, no?