We measure friendship by the efforts we make. Well… these guys drove 2000 Km. from Budapest to Ardeche, just so that we could spend 2 days in each others good company. Try to top that!

It’s true that when they drove in, our courtyard quivered in the July heat and they descended from the car totally wrung out. Philippe, the great international orchestra conductor, his wife, the beautiful and marvelous Kinga and their two amazing children barely had time to jump into their bathing suits… the only thing to do was toss them into the pool in an effort to bring them back to life, then… pure happiness! 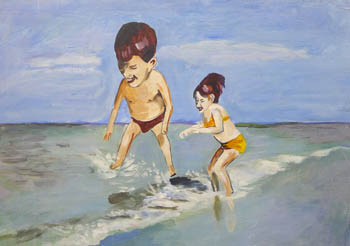 As you might know my addiction to fly fishing had, long ago, passed the porous frontiers of our beautiful country and the good people of Hungary seriously were sick of it. But, either out of politeness or curiosity, my friends asked about my curious mania. And that of course was a good excuse, like any excuse to go to the river is good; I proposed to take them to the river and initiate them on my favorite terrain of play.

Given their state of fatigue it would have been rude and risky to take them to the spots that were dangerous and where one could easily fall and break a leg on the steep descents. So we stayed close to home near a municipal campsite, where I could park the car, put on my cleat soled boots, mount my fly rod, attach a beetle at the end of the line and apply myself to showing them the beauty of the august gesture of fly fishing. 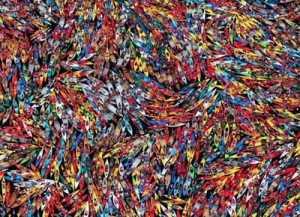 Oh how I would have loved to strike a fish. Any kind of fish. A minnow, even a sunny would have been OK. My little Hungarian family were there splashing around in the water; you can bet that the poor fish were either hunkered down, firmly locked up in their apartment or maybe they took the key and headed for a more tranquil environment. Add to that the millions of canoes filled with millions of tourists issued from the savage tribes of Belgians, Dutch, Germans and even Luxembourgers and you can understand the rise in my blood pressure.

In a short time, realizing that it was a lost cause, I packed up my gear and settled back to the enormous pleasure of simply watching my friends frolick in the fresh water, doing somersaults and a 1000 dives, shouting with joy. And ultimately, I think that this moment was even more beautiful than if I had caught a fish. 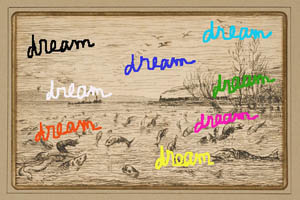 When we got home Philippe unpacked his cello. Never a day without playing the cello! (Like me, never a day without doing a drawing.) He installed himself comfortably in the garden and began playing Johann-Sebastien Bach. It was a moment filled with magic. I have never heard anything more beautiful. The sound of that instrument and the talent of the musician had the power to bring your heart to your lips and humidity to your eyes.

Even Zoe, our little dog who usually zips around at 200 mph was in tune with the music. I’ll let you see this little video, it’s worth a 1000 words and afterwards I’ll get back to you.

It that great or what? If I’m telling you this little story today, it’s because it’s winter, it’s cold outside and I’m yearning for the heat of summer, for the buzzing of bees in the lavender; the long days when one thinks only of sharing love, of enfolding your friends in your arms and hugging them tightly. 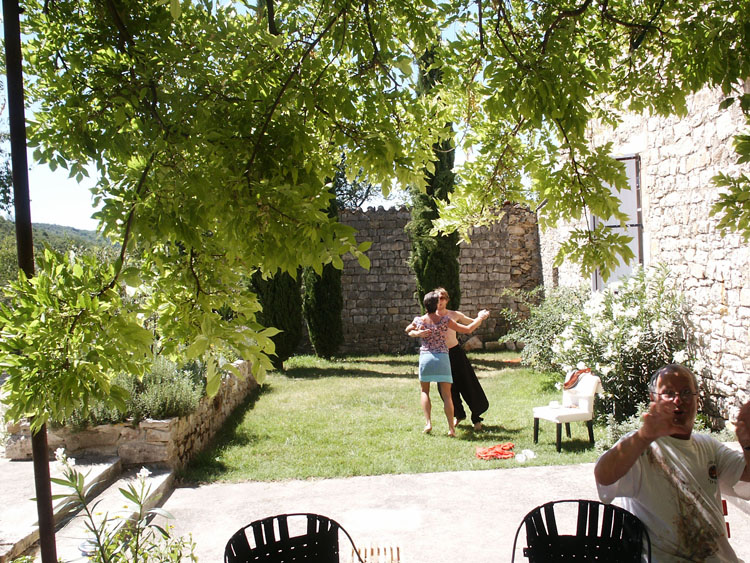