OUR NATION IS IN DANGER !

Fishing trips abroad! Ha!  At night, after the laborious conjugal obligations, who doesn’t dream of that. The whole world, of course! So, I made reservations, thanks to a few dishonest economies, to antagonize the innocent trout in the famous British chalk streams.

My agitated nights were filled with my performing subtle casts on the Test, the Avon or the Wye. Thanks to my skillful method, I had already mastered the peculiar British accent and could, quite perfectly, pronounce phrases so important for the fisherman such as: “Oh… What a nice fish!” or “I’ll get you, motherfucker!”

Quite by chance, I stumbled upon “The 100 Year War” by M. Pierre Herve Bronstein:  published by Catherine Langeais and you must know that I instantly  cancelled my trip to England.

The description of the outrages to which the British subjected our honest citizens is beyond comprehension. It lasted exactly 100 years (the Brits love round numbers!). There were virgins burnt alive, gobs of green spittle on the cloak of our poor King Charles the VII, obligation to eat rancid english cremes, oh, I could go on and on.

The poor Jeanne d’arc (grandmother of Mireille Darc) underwent almost a century of shameful bullying in positions that the clergy reproached; it’s a miracle that she didn’t get pregnant.

According to the work cited above I am convinced that, even today, it’s high time for France to wake up to the danger that is again at our doors.

As usual, le Mouching is in the avant-garde of the battle. 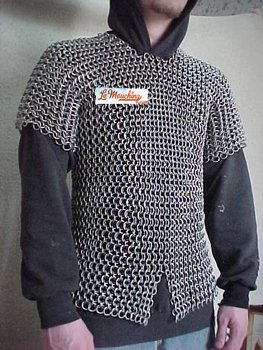 Cyril has already started to knit chainmail armor in angora wool (in a lovely color of imitation tempered set). As for Vilmo, he exchanged his new “Sage” fishing rod for a BB gun. And me, I have definitively boycotted “fish and chips” from my table.

What, you might ask, is the government doing in all of this?  As usual, not too much. Consorting with the enemy is unfortunately an annoying tradition in our country, while we know that already battalions of british have infiltrated the provinces of Lot and Dordogne (where from now on, it is obligatory to drive on the left side of the road).

Of course, the first thing would be to definitively close the Chunnel (dynamite might do) in an effort to retard the inevitable invasion of troops from the perfidious Albion (Julius Caesar named it so upon seeing the British Isles) and to firmly refuse the use of such phrases as: “How do you do?” or ‘Have a nice day!”.  We must organize the resistance without delay. It’s the ransom of our victory and of our independence.

A petition will soon circulate in our dear hexagon (France is often referred to by its shape: hexagon). We at the Mouching are certain that you will sign it without hesitation. 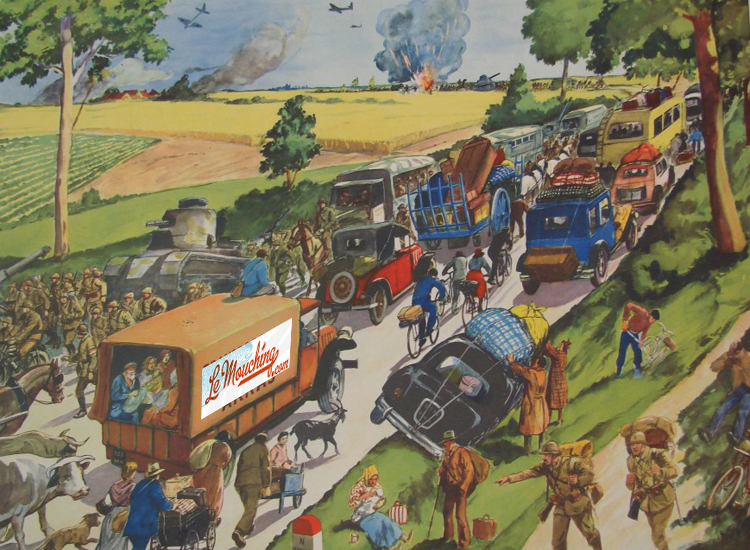