After our first article on the test of the SAGE Bass II, we have now the great pleasure to publish on Le Mouching an article written by Jacques Bordenave, a big character in bass fishing, who hasn’t left his fly rod for 40 years. Basser of the first hour, he uses the Bass 2 for a long time for bass flyfishing in our french waters. Enjoy! 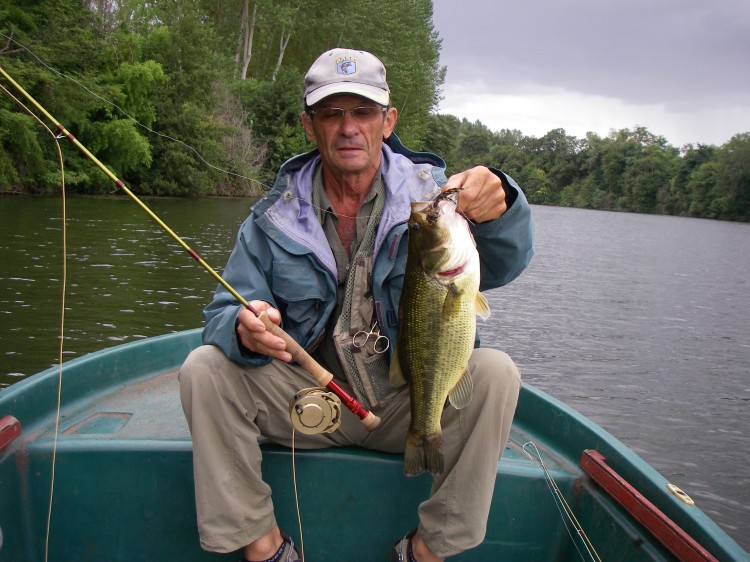 40 years of bass flyfishing, 40 years on the quest of the « perfect » rod, whatever the materials it is built of : from split cane to boron, in passing by fiberglass and among all of those, my favorite, my Fenwick HMG 1973, the first graphite rod in the world !

In 2008, when Sage came out with their first « specialty fly rod » called the « Bass Hybrid ». I skipped it, too happy with my XP custom and Shorestalker that master Dave Whitlock signed at Loomis. The last season, after a couple of convincing sessions with a homemade Bass II (2nd generation) and I was unable to resist earning the two lightest rods of the series : the Bluegill and the Smallmouth.

Jérôme SERVONNAT has already presented in details the Largemouth model on Le Mouching, thus I do not insist neither on its unusual length (7’11’) nor on the original aesthetic of the Bass II. More surprising, each rod comes in « combo » with the adapted flyline… and what a flyline !!! Mini front taper, very short and thick belly, too much forward to follow the AFTMA norm, their weight is in grains (as for sinking lines) : 230gr for the Bluegill (close to a #8), and 290gr for the Smallmouth (#9). Looking to the diameter, fishermen of the french bass flyfishing school (used to #5 flylines and #10 popper) will freak out ! 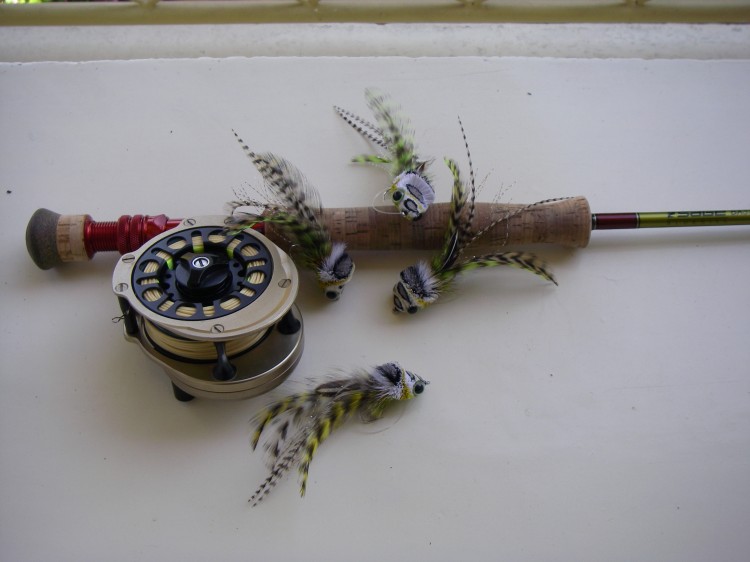 However, this is the perfect flyrod-flyline combination that makes the Bass II series a real solution for a new way to fish. In France, the traditionnal picture of bass flyfishing is a popper presented in wide open water for a cruising fish, or lying in the middle of the weed or, even better, in the lilipads, with explosive strike at the end. Unfortunately this cliché does not resist the evolution of fishing in our public waters. Permanantly sollicited and bombed with all the lures of the Bass Pro Shop catalog, our favourite fish go deeper into the cover and structures, dead trees, sticking to the bank, or to bulky foliage… There, from the shore or from a boat, a kayak or a float-tube, against the competition with the stakhanovist « powerfishermen », the flyfisher should let the precision and discretion of flyfishing do the talking. 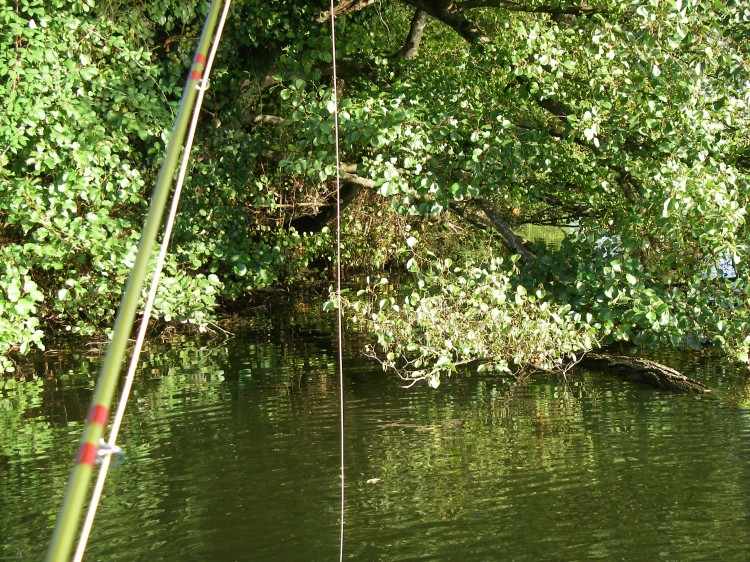 Under the trees, where the bass love to lie in ambush…

The Bass II were developed for the challenge, believe me, the same on both sides of the Atlantic :

–       lightweight and well-equilibrated, they give you the impression to be rods for two-numbers-down flylines, and allow for prolonged and comfortable prospection

–       with its progressive action, quickly loaded with the profile of the Bass II flylines, they throw away bulky bugs from 3 to 15m on a simple but energic pickup and cast.

–       Working the fly, popper, diver or slider, and the hook setting both benefit from the reactivity of reinforced rod tip, while the powerful butt allows extracting quickly a big bass from its lair.

The second part of the article coming soon!!