When I tell people that one of my best New York friends is a real nun, everybody takes me for, at least, a joker (which I am) or, for the worst, a dark imbecile (which happens from time to time, often) and for one time I not lying, there’s no one more nun than Sister Karol. 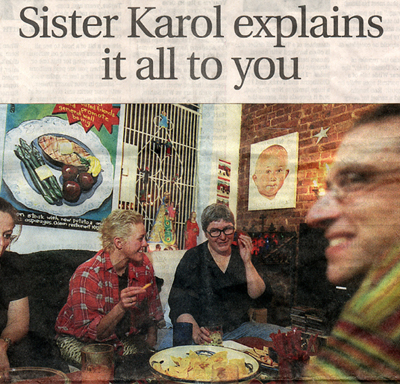 But hang on, she’s not the classic nun with eyes rolled up to the heavens, hands clasped in prayer and drinking only boiled water. No way Jose. Good lord, no! On the contrary, Karol is ferocious like a young stallion, always ready for a good laugh, unafraid to make public her political opinions, that in france one would qualify as extreme left (something rare in the USA!), defending the rights of homosexuals, big fan of the most whacky art (she even bought a painting of mine, goes to show!) and a great lover of bottles of fine wine and tequila.

And on top of all that, Karol is a ubiquitous star in New York, known for talking on the radio and TV, for her profound and hilarious book and she is a fly-fisher person just like you and me (actually, better than me) and we adore each other. So, what do you think about that?

A few months ago, in the middle of the night, Sister Karol called.

“Fleche, it seems that there are fantastic hatches of “March Browns” up in the Catskills on the Beaverkill! Hurry up, get into your waders and I’ll pick you up in a few minutes.” 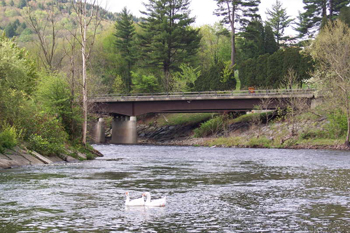 Refuse to go fishing with Sister Karol is the equivalent of a Capital Crime, to the crown or country and whatever else…

an unpardonable fault of mannrs. When she beat on my door I was ready for the two hours on the road and lots of laughs on our way to Roscoe (the village on edge of the mythic Beaverkill).

The Beaverkill truly is a magnificent river! And to think that in the early 1900’s it was a dump for all the paper factories in the area. There was not a single fish, not a single insect, for miles around. The river was DEAD… as dead as a bucket of ashes.

Then along comes the honorable Mr. Rockefeller who starts to buy miles of land along the river and inland with the objective, among others, of giving the river a little peace and letting the valley return to it’s lost beauty; less than a dozen years later the river was once more full of trout and today fly fishermen from  the world over come to cast their flys in these waters. 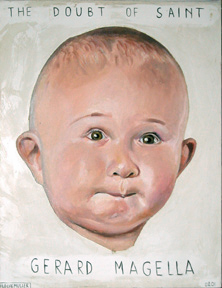 Sister Karol stopped her car not far from “Junction Pool” and without wasting time set her special “Super God” fly right behind a little rock in front of a ripple and paf! it disappeared… snatched by a very large something.

Sister Karol has two arms, I assure you, because in less time that it takes to say her benediction a superb wild trout was in her net.

“Hey Fleche what do you say to trout with almonds for lunch?”

“What a question, my sister. You know my love for these beasts… perfectly cooked!”

Karol took the trout in her hands and kneeled on the ground and started to recite something in latin that resembled a prayer so that the gods would pardon the sacrifice of such a beautiful animal.

And then, I’ll be hanged, but I was sure that just before Karol bestowed the final blow that sent the animal to fish heaven, I clearly heard the trout respond: “Amen!”

A couple of weeks after this troubling moment I found myself at a wonderfully prepared dinner at my good friend Gracie M’s house, recounting the story. She looked me in the eyes with a little mocking smile and said: “Fleche, you must be the only person in New York who doesn’t know that Sister Karol, above and beyond all of her other qualities, is also a master ventriloquist.” 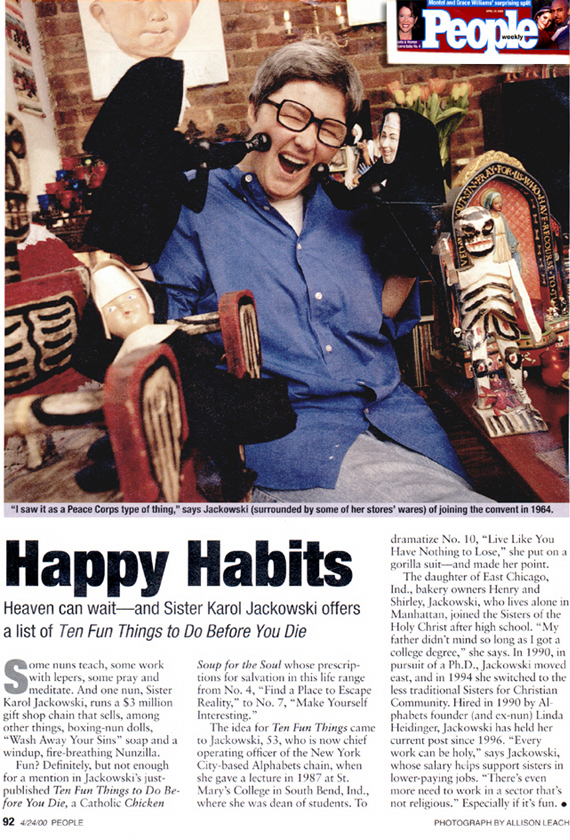