This is practically a summer’s day I thought as I edged my little car toward the end of the lane that winds to the river. The trees, that were as naked as the dead only two days before, had sprouted a shadow of tender, light green. Nothing in the world would make me miss these blessed days when nature starts to twitch and where I seriously start dreaming of cherries, of strawberries, of asparagus and other God-given gifts. 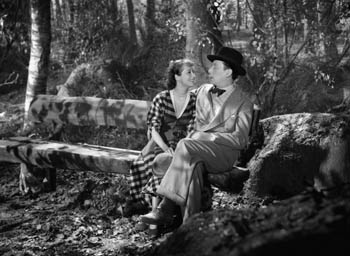 I parked the car and had to restrain myself from swearing, for there was another car parked just a little further ahead. Another fisherman? Is he going to break my balls? No. It’s only two lovers dreaming of romp in the hay, on this perfect day, without being bothered by a pain in the neck like me. Politely, the man offered: “Good fishing mister!”

With my warped spirit of an old anarchist I almost responded, “And you, have fun you dirty old man!”

Just in time, I said to myself that to start the fishing season, on my first day, with a hand-to-hand fight would be out of place. So I addressed him with a cold and vacant smile and descended the embankment to the river.

Boy, they didn’t lie. The toll of the incessant winter rains were clearly visible and the water level impressive. To risk crossing where I habitually ford the river would be an act of sheer folly.

Prudently I stayed near the edge where there was just enough water to feel, like a aroused lover, the current between my legs.

I had barely attached my favorite streamer to the end of my line when my eye was attracted by a gross white mass floating just a few feet from me. It was a large bit of expanded polystyrene that resembled a sort of distasteful iceberg. Starting out on the right foot!

I just had time to revive my spirits when an old couple arrived with two little rug rats followed by an a dog as ugly as sin and as bad-tempered as an aggressive tick (a fundamentalist tick of course!). On seeing me the nasty animal started yelping with an insupportable, high, screeching bark.

“Shut the fuck up Panpan!” shouted the old man.” Deaf? Not well brought up? In spite of the commands of his master, the animal, frothing at the mouth quickly descended the embankment toward me and started showing his teeth (a yellow ochre, black spots visible, a lack of calcium). The old guy grabbed a big rock and aimed it at the dumb dog and of course missed by a good two yards. But the dog, if I hadn’t ducked my head in time…

I just had the time to scream: “You douche bag, motherfucking, shithead!” and the family of defects disappeared out of sight.

I was still all wound-up as I cast my streamer. At that very moment a canoe, piloted by a young girl as dumb as an eggshell and covered with acne, passed just under my rod; her guide called out to her: “Babette honey, try to pass behind the fisherman or you’ll scare “THE” fish!” I was just inches from a heart attack and decided to throw in the sponge, just get out of there.

When I returned home and my marvelous wife asked if I had a good time and I could only reply: “The season has arrived. It was perfect!” 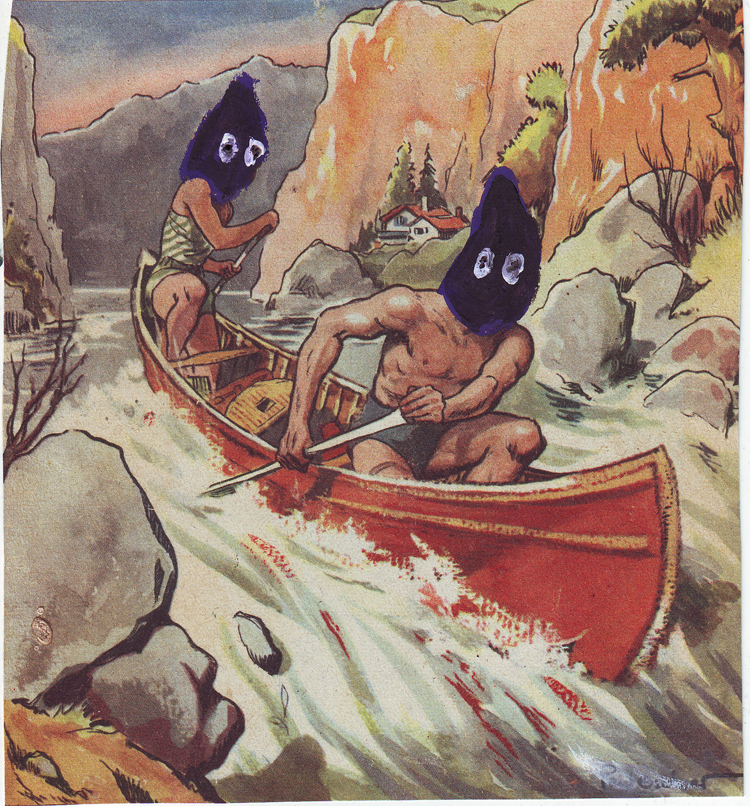