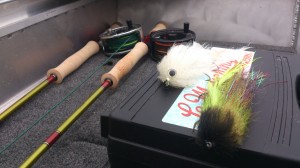 As soon as I heard about those rods, I’ve been impatient to discover them. There were reasons to be enthusiastic: two brand new rods from Sage’s, named Pike and Musky, respectively for #10 and #11 lines… knowing how serious is this company, only something interesting could come out. After two months of tests, I’m not disappointed. I mean, not at all. Sage has, in my opinion, made two rods that are references in the world of pike flyfishing. The Pike and the Musky rods are the sisters from the Bass 2 series, that we have largely presented on le Mouching (see here and here). They are made with the same quality of blank, and are one foot taller. This gives a longer leverage to pick up and cast big streamers we use for pike and musky fishing. The aesthetic is the same as the Bass 2: golden-olive varnish, red-bordeau ligatures and a red aluminium anodised reel seat. The tube is also the same. The fighting butt is longer than normal. It allows holding the rod with both hands (almost as a switch rod).

The goal is notably to allow doing figure 8 (draw an eight with the rod tip, with less than one meter of line out, to swim the streamer longer under the nose of a fish that followed your fly until the boat; our friend Thomas Guyard does it with really good success! And by the way, he is also looking forward to try those rods). 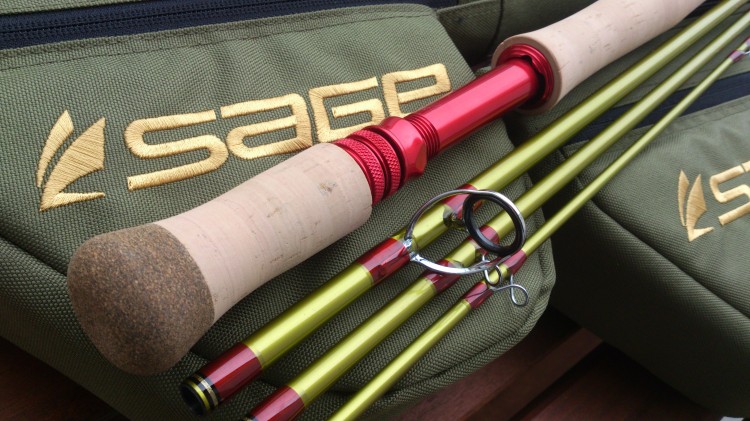 More than just a new series of rods made with the excellent blank of the Bass 2 in 9’ length, the Pike and the Musky rods follow the fishermen needs. And to make it perfect, they come with the appropriate Rio Pike/Musky intermediate flyline (that we have presented a couple of days earlier).

We find the same action as the Bass 2 : a tip action at the beginning (with only a few meters of line out), that is actually a real medium to medium-fast action when pulling hard on it. At full charge, the rod bends and shows a nice bow-circle, without hard point. It is synonym of comfort especially while casting. 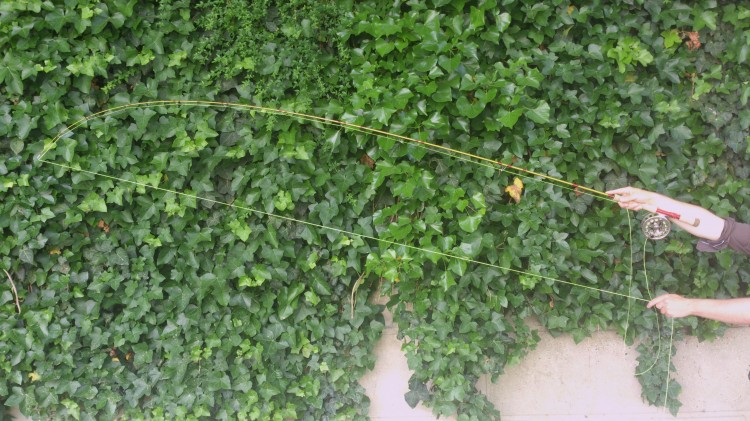 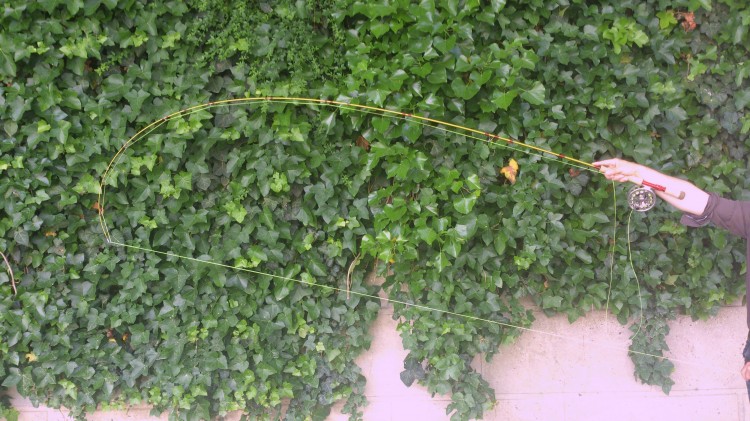 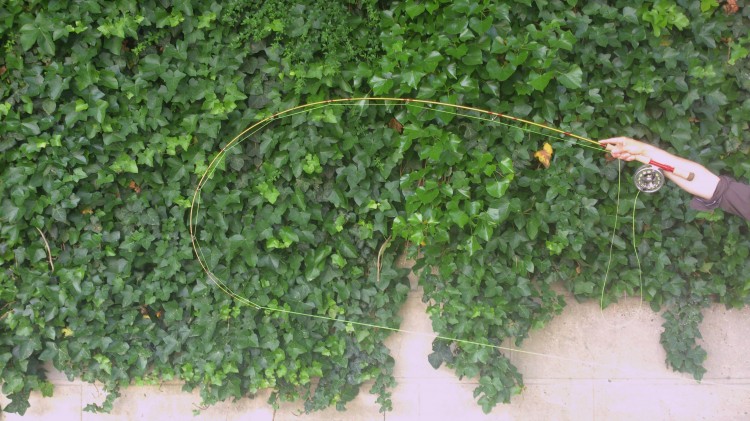 Let now see that those rods did not forget to be powerful. 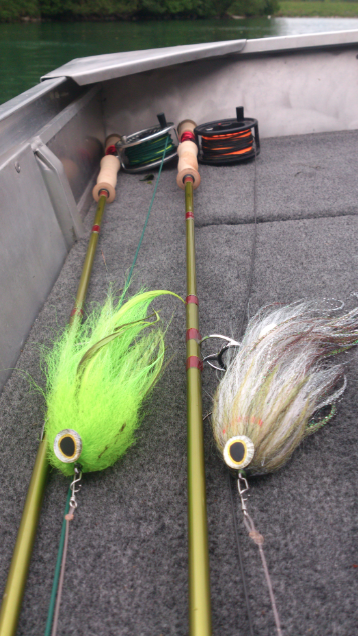 I put the Pike and Musky rods at the test, notably on a 3-day intense fishing session, searching for nice fish in open waters, and of course with big patterns (30cm-long tandems). I fished the Pike rod mainly with my #10 S3 Airflo Forty Plus Sniper and a 400gr Airflo Depth Finder. For the Musky rod, I used this same Airflo Depth Finder with one and a half extra meter of leadcore to make it heavier. It has been a real delight. Both rods were ultra comfortable, and were able to cast my flies easily at great distance. Compared with the Bass 2 series, I really appreciated the extra foot of the rod length, for a more efficient pick up and long casts. When the wind was blowing hard, I used the Musky, and when I needed to calm down a bit, I fished the Pike. While the Musky is real engine to go big, the Pike is a delight of softness. Unfortunately I didn’t have the possibility to fish the Musky with appropriated flylines (mines were a little bit too light, and the Rio Pike/Musky #11 didn’t fit the fishing conditions), but there is no reason that the Musky should not be as enjoyable as the Pike, if it is loaded accordingly. The few casts I did with the Rio Pike/Musky #11 clearly confirmed this trend. 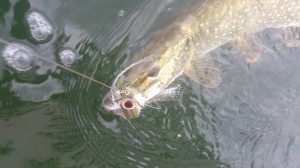 I also used the Pike with the intermediate Rio Pike/Musky #10 to fish close to the bank. Despite a hugly sprain at my thumb (just the day before my session), I’ve been able to fish all day long. When I was fishing another rod, it wasn’t without a smile that I was going back to the Pike.

I’ve tried something interesting on the use of the long fighting butt: when we use big patterns, it is useful to make a quick and powerful pick up to throw the water away from the fly (dry it), so it is lighter and easier to cast. Because of my armed thumb, I started picking up holding my rod with both hands rather than one, to have more strength. A gesture that came naturally thanks to the long fighting butt. If doing this operation with both hands is far from being indispensable, it can save valuable energy on a long fishing day.

With a fish at the end of the line, I had nothing to complain. And this nice 93cm female didn’t have the time to complain neither : absorbing the fish headers and imposing their strong butt, the Pike and Musky rods are both awesome big fish fighters. 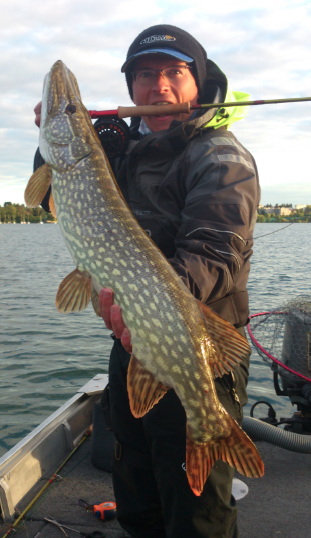 With the new Pike and Musky rods, Sage has made a statement in the world of freshwater predator flyfishing. It is good to see that rod builders take those kind of fishing seriously, and now propose real gear developed for it. In my opinion, it is not easy to find rods of this quality, and nearly impossible to find better. My buddies who tried it will certainly not say less. Congratulations to Sage for making such a rod! 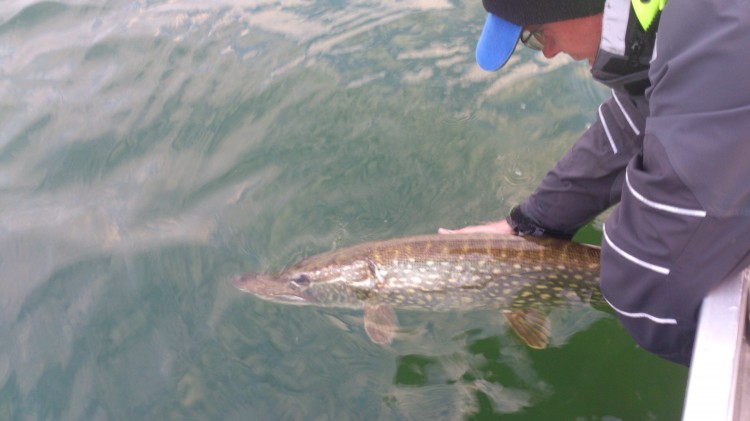 And of course, many thanks to my favourite fishing guide, who brings me on his favourite spots in search for the big French pikes:).