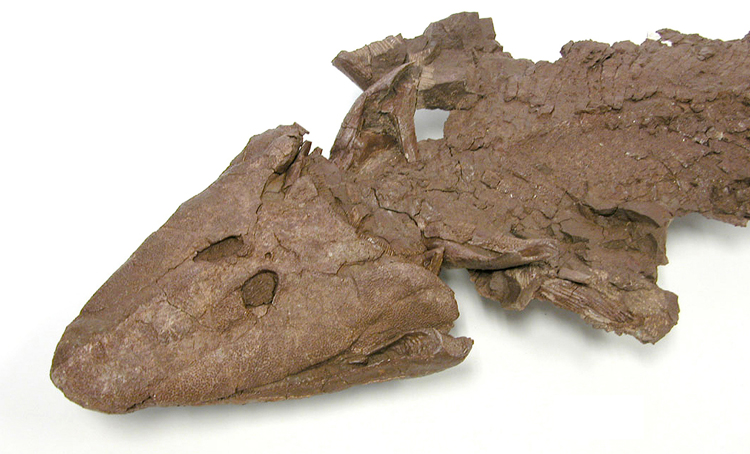 Everyone knows (even you) that the TIKTAALIK, lived about 375 million years ago, give or take a couple of years; fossils show a skeleton that proves without question that the fish (because of course we’re talking about a fish!) regularly made excursions on terra firma.

Now, dear readers, hang on to your hats!

One day in September 2008, workers working on an isolated beach in Galveston (Texas) uncovered a carcass of a “fish” that had legs 5′ 2″ long. The renown Doctor Carr, an eminent specialist of marine biology, author of several books that are now THE reference, is convinced that the mutant found on the beach after hurricane IKE calmed down (a sinister memory), is of the same family as our old friend TIKTAALIK.

“Happily someone, not too drunk, called the police” declared Dr. Carr the preeminent specialist of the subject.

Taken to the laboratory for analysis, the results show that the beast closely resembles a sea trout with human legs and a brain decidedly more developed and sophisticated than a “normal” fish. 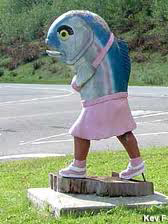 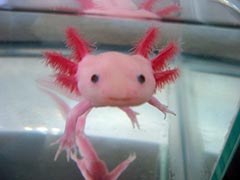 And as the beast was armed with human legs, according to Dr. Carr, they have roamed and there are certainly hundreds, perhaps thousands of these creatures living at the bottom of our oceans.

Dr. Carr declared: “We know so little about the life at the bottom of the ocean. It is time that we concentrated on that premise.”

For that reason, in the very near future we at le Mouching are organizing an expedition to capture one of these creatures alive. To facilitate this venture, we have just perfected a special streamer, the mounting of which will be exclusively unveiled here. It will not be said that a fish resembling a trout, with or without legs, can resist us for long!

Rest assured that we will not fail to keep you informed. 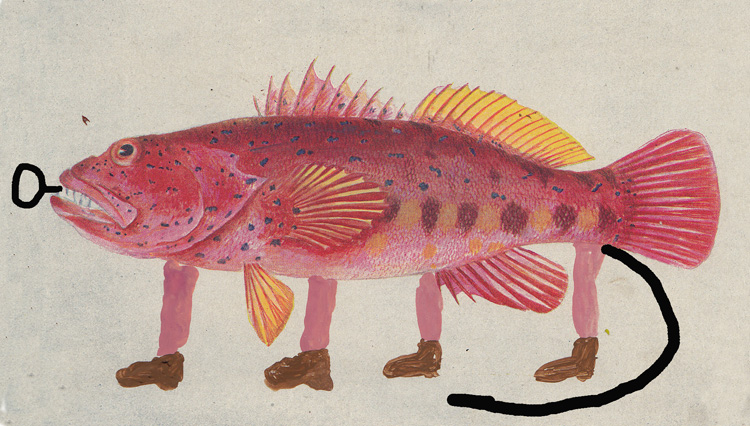