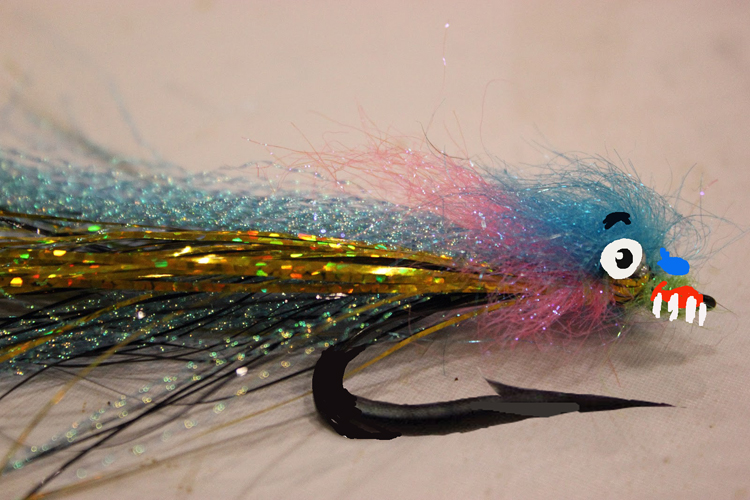 At that time, my wife and I lived in a former church that we bought for peanuts. (See “PINE HILL MEMORIES”) The church was tucked into the Catskill Mountains and was surrounded by extraordinary rivers where you didn’t have to be a good fisherman to hook fish that, here in our lovely Ardeche rivers, would be considered monsters.

It was there that I got to know Doctor O, a small, bouncing man who had his office in the little hamlet of Shandaken just two steps from the Esopus Creek where he spent most of his time; he filled his fishing creel while neglecting his patients.

The good doctor, who treated his ailing patients so well, was, when he was in the river, an unrepented killer.

On a beautiful September day he announced, with great delight, that he was preparing a trip to fish for Steelheads on the famous Deschutes river, which is on the west coast of America on the western plateau of Oregon. 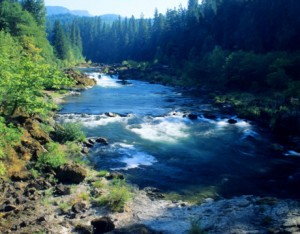 He proudly showed me his box of flies where the specimens were arranged, as most of them were unknown to me it gave him great pleasure to cite the exotic names of each fly.

“This is a “Babine special”. That one is the famous “Tequila Sunrise”. And that one there is the formidable “Green Butt Skunk” that no Steelhead of normal constitution can see without sensing the irresistible urge to gobble it up.”

The flies were mounted on hooks as big as a butcher’s hook, with barbs like a vampire; I didn’t doubt for a minute that the Doctor O had dreams of bringing back trophies to “decorate” his dining room.

A good month had passed when, in the village of Big Indian, I ran into the “good Doctor” in a bar.

I confess that I was hardly able to recognize him.  He looked like he had been run through a meat grinder. His bottom lip was blown up and was an brownish-red-violet color with traces of black which seemed the result of stitches, it made me shudder. In short, the facial anatomy of my poor friend would prompt nightmares for any of the living dead. To encounter him on a moonless night would be to risk cardiac failure.

“But what happened to you my poor friend” I asked. “Strangely enough, you resemble Boris Karloff in the celebrated film “The Body Snatcher”. 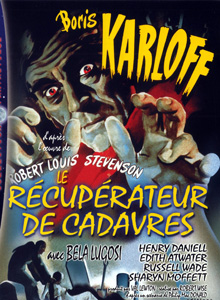 “Well, my dear Flèche, let me tell you about my horrible adventure.  Arriving at the Deschutes River it didn’t take me long to notice a magnificent Steelhead ambling just behind a little current. I got myself well balanced on a little rock and cast my fly toward the animal.  Unfortunately, without notice a strong gust of wind caused my line to deviate; the result: ma BABINE SWPECIAL” came to plant itself in my lower lip piercing my entire face. First cast and the last of my dreams.”

“I was taken by an emergency helicopter to the hospital in Portland and found myself in the operating room.  All the personnel of the establishment came by one after the other to see my tribulation and no one could hold back their chuckling or outright laughter on seeing my lip with the assassin fly hanging there. The bloody barb, on top of destroying my self-esteem and my good looks cost me a fortune in medical bills, believe me!”

“So, I’ve decided to abandon fishing and will devote my time to hunting. At least “THEY” won’t give me a hard time with NO KILL and all that jazz.”

A short time later the owner of the Pine Hill Hotel, Bob, finds that the jerk, having forgotten his glasses in his 4×4, cleanly shoots and kills Bob’s horse, taking the animal for a deer.

Then and there Bob buys a box of cartridges for big game, “12 caliber Brenneke magnum”.

Since then, we have heard nothing of the good Doctor O. 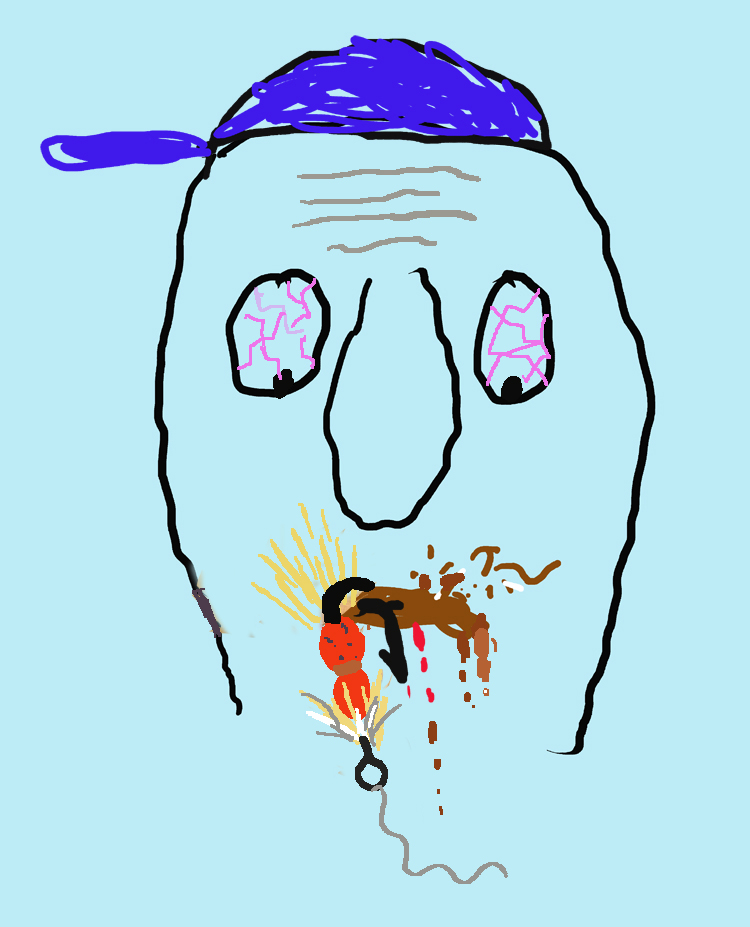