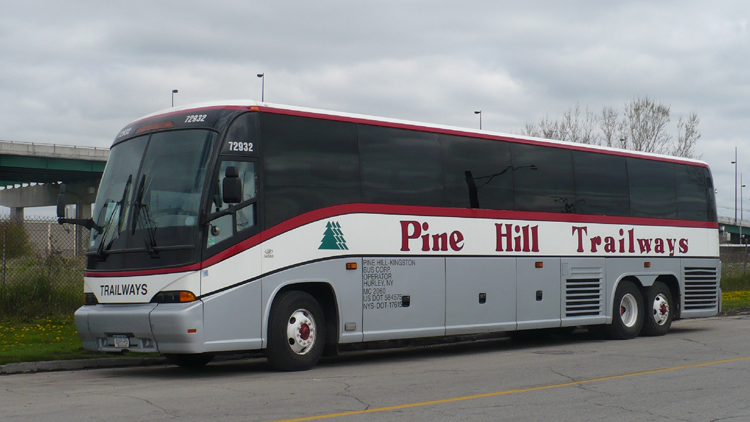 It was in 1987 that we found the church; it had been used as a storage space by the local firemen for their cruddy material. Hoses, hoses and more hoses and axes and axes as far as the eye could see. But… it was for sale and the price was so cheap that we jumped at it; at that time life in New York City had become too expensive for the pocketbook of an artist. 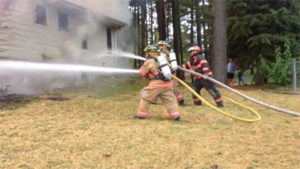 The church was located in the village of Pine Hill, which was nestled in the Catskills 3 hours from New York. The mountains, the rivers and the snow… everything required to enchant us. Of course the church was in a pitiful state and we were obliged to camp in the enormous carriage house in the back until we could make the church habitable.

It was the on night of October 2 that we knew that living there would not be a piece of cake. A blizzard that broke all records lashed the region and we woke up freezing; our mattress on the floor was under a pile of snow (the windows were broken); I thought aloud “ Maybe we made a mistake buying this church!” No more electricity, no more water and the freezing temperatures gave us a painful preview of winter in the mountains. 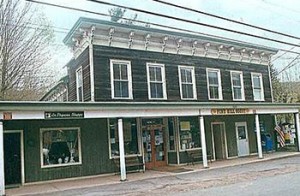 It was in the General Store, the only cafe in the village where we tried vainly to warm ourselves, that we met Karen and Jim. The young couple had just bought a huge house on upper Main Street with the dream of running a Youth Hostel. “come and live at our house” Jim proposed seeing our crestfallen faces, “stay until you finish the renovation, at least at our house you’ll be warm.”

Our solid friendship started that day. Jim was colossal, bearded and somewhat savage; that’s why I baptized him with the name; “Borneo Jim”. (A name he accepted with joy.) 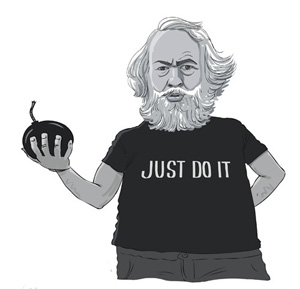 Karen and Jim’s house was built at the edge of the little creek that traversed the village.  Everyday they fed a brown trout that lived there and Jim called him “TROUTSKY” in honor of Leon the famous revolutionary bolshevik. I liked to think that “TROUTSKY” was tame and their private pet, a kind of submarine dachshund. The mystery lingers…

Jim was one of the rare americans that I had the chance to meet who no made secret of his revolutionary convictions, a kind of stalinist, almost maoist!

One day he asked me to go fishing with him on the Esopus creek, a magnificent river full of fish. Jim installed himself tranquilly on a big rock, the end of his rod gently bobbing in the water while he voraciously read a book on the life of Bakunin. Later he didn’t stop repeating: “The power must not be conquered, it must be destroyed!” To hear that in Pine Hill, in the back of beyond, threw me into a sort of satanic delight!

There was another fascinating character living in the region. Almost every day he passed in front our church, his fishing rod on his shoulder and a plastic bucket in his hand. 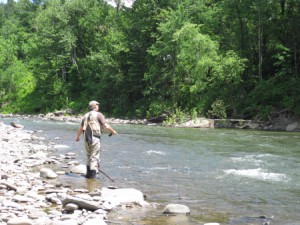 The guy was a young adolescent, I’d say barely 13 or 14 years old. He descended the main street of the village all alone and installed himself at the end of the little lake beside Route 28; sitting on the bucket, waiting for a bite. Often I followed him from afar and installed myself at a distance to fish, so as not to bother him. In fact I spent most of my time secretly observing him. The kid always had his eyes toward the sky concentrating on something invisible, on some sort of memory of the time when man had to fish and hunt to survive in these rude countries. After an hour of immobility he got up, gathered up his gear and without our exchanging a single word of complicity, disappeared.

One day he disappeared for good. No idea where he came from, nor where he went. Without a doubt he became a great fisherman or philosopher (that’s what I like to think).

Shortly after that I stopped fishing that lake. A flock of wild geese settled in awaiting their transhumance to the south and quickly transformed the area into an immense garbage dump, carpeting the lakeside with their gray and black shit. A nightmare…

Borneo Jim and that strange and solitary child, in spite of the fifteen years that have fled by since that time, they regularly return to haunt me.