FISHING WITH THE BRIDE.

Usually I avoid wedding invitations, baptisms, and other joyous occasions like the plague; except this time it was different. It was the marriage of Mick, 68 years old, a physicist and an old friend; he was marrying the beautiful Marianne, a young specialist of tantric sex.

The wedding was to take place on their property in Niceville Florida, at the edge of a bayou filled with tarpons, redfish, cobias and other legendary fish. Added to that, they were sending us the airplane tickets gratis, you can understand that I threw my scruples and hesitations out the window. 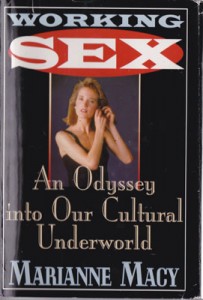 My good friend Stan, a fisherman even crazier than me, had warned: “There are a few alligators in this Bayou… so look out! When you put your foot in the water you become part of the food chain!” It was so hot and humid that I didn’t care about the gators and before I even unpacked my luggage I jumped from the dock into the water. 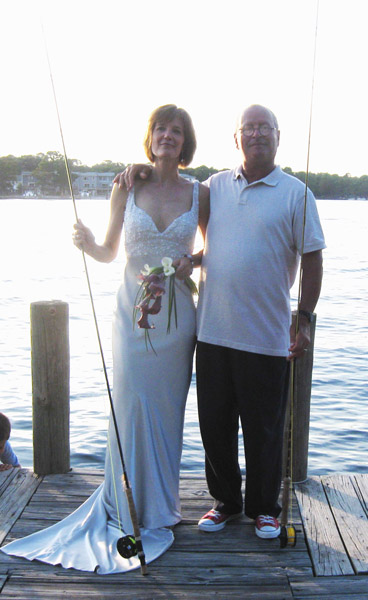 One of the other guests in the wedding party passed by with his daughter and politely asked me: “Is the water good?” Sometimes I’m really a dumb-ass provocateur and without thinking I responded: “It’s as warm as a human body. One has the impression of swimming in your own blood.” The guy made a weird grimace and turned around holding his daughter against him and I could hear him muttering: “Fucking French guy… sicko..”

After this embarrassing behavior, in spite of innumerable tempting occasions, I tried to control myself during the ceremony. Then, after the meal I couldn’t  hold on any longer, so I grabbed a flyrod and headed for the dock. The light of the day was starting to dim and to big lamps at the end of the dock were lighted, attracting millions of little fish; what they call bait fish. It was fascinating to see so much life in the water. Deep down one could distinguish dark shadows, like phantoms, whirling around with great speed in a show of death.”

On my leader I fixed a small imitation fingerling, a white and green sort of Clouser minnow and I was off to the races”. That Mister Clouser really changed fly fishing with his creation, for fish were leaping at every cast. Oh! not monsters, but sufficiently big to bend the tip of my rod. The trout, “speckled trout”, with their surprising incisors extending beyond the mouth, resembled Klaus Kinski in “Nosferatu the Vampire”; there were the tarpon of the poor: skip jacks, who were acrobatically playing around… in a word I was having a lot of fun when I heard behind me: “Hey Flèche, catch anything?” It was the lovely Marianne in her wedding dress with a fishing rod in her hand. She had had a little to drink, which rendered her even more delicious, and the idea of fishing with the young bride was exhilarating.

I made room for her and there we were, the both of us, happy as clams. She used a little white “jig” and the lure worked marvelously. Holy cow, did she bring in fish! The only shadow in this picture was that the skip Jacks are known to spew out muck when they are caught and the lovely wedding dress was taking a hit when Mick, the new, old groom showed up like someone possessed and started to haggle his new wife, like: “What are you doing out here? Are you crazy or something? There are forty guests in there and you sneak out to fish?” And he dragged the poor Marianne who, with her high heels, turned her ankle on the grass, leaving me alone on the jetty. I fished for a while longer but the magic had gone out of the moment and I went back to drink Margaritas with Stan. 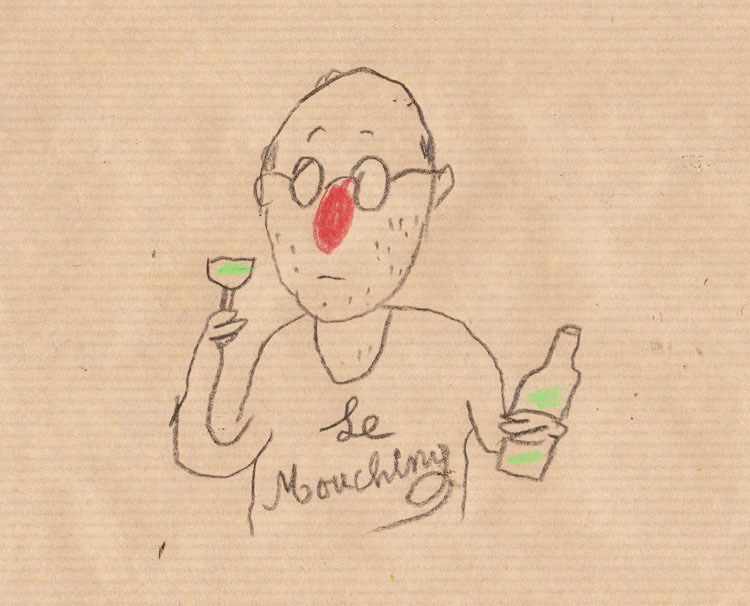