The first time I saw one, was on the bridge of Montrozier, I was with my friend Jean-Marc and we had been fishing for minnow, we had spent hours in the water with our plastic shoes and were taking the small trail up to the road with our bamboo rods on the shoulder. A green plastic basket on the hip that looked like a real wicker one, but in an odd colour, filled with minnow and gudgeon, we were so proud. We saw it driving in front of The Castle, than it took the curve of Les Rives, to finaly take the bridge, as it was passing us by, everything seemed to be in slow motion, at the steering wheel, Jojo Majorel and his big moustache slowly raised his hand and said hello  by the opened window! We were so proud, Jean-Marc turned his head and looked at me, he said: The new Citroen ! We were 8. 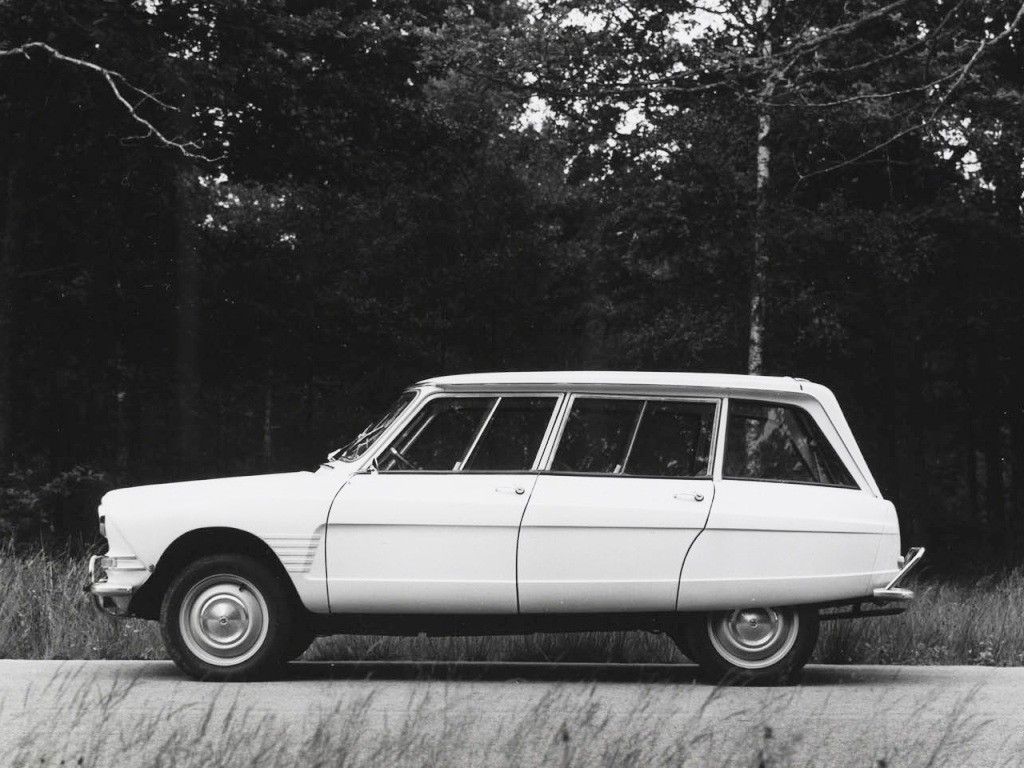 Later, years later, I was working as a logger with Jean Louis and we had been driving his Ami8 everywhere, the sound the engine was making was one of a kind, it was like a sewing machine, but that car was amazing, it sticked to the road as if there was a magnet, while inside we were like on a roller coaster. A fantastic car.

Here you have the two Citroen, the Ami 6 and the Ami 8. The 8 was already made for fishermen as you will see.