On the Aude’s headwaters, under the snow.

No guys, I am not obsessed with this river. but I hate not to catch fish on a river! I’m a bit stubborn and I can’t let go (which is not always an asset). So, once again we went for a day with Phillipe (a friend of mine), betwen Axat and Quillan and…… we were empty handed again! We just caugth two fish but they got loose.

I told myself there were thousands of reasons for us not to catch anything, probably not the best conditions to fish. I’m only looking for some excuses not to feel like s%#t.

Now it’s spring break! With my family we spend it all in the “Pyrénées Orientales”, South West of France, and  of course I bring my fishing gear along. I know that there are some nice rivers up there, among them the “Aude”river, the same one that flows by my house but high up in the headwaters.

At the same time, it was “family holidays” so I had to negociate my fishing time with my wife otherwise I would get into trouble. We had a deal: when if the weather gets bad, I could go fishing. Friday morning, I wake up, it’s only 33°F, it’s snowing and there’s fog. After few coffees, I decided to go to the No kill of Villeneuve des Formigueres. 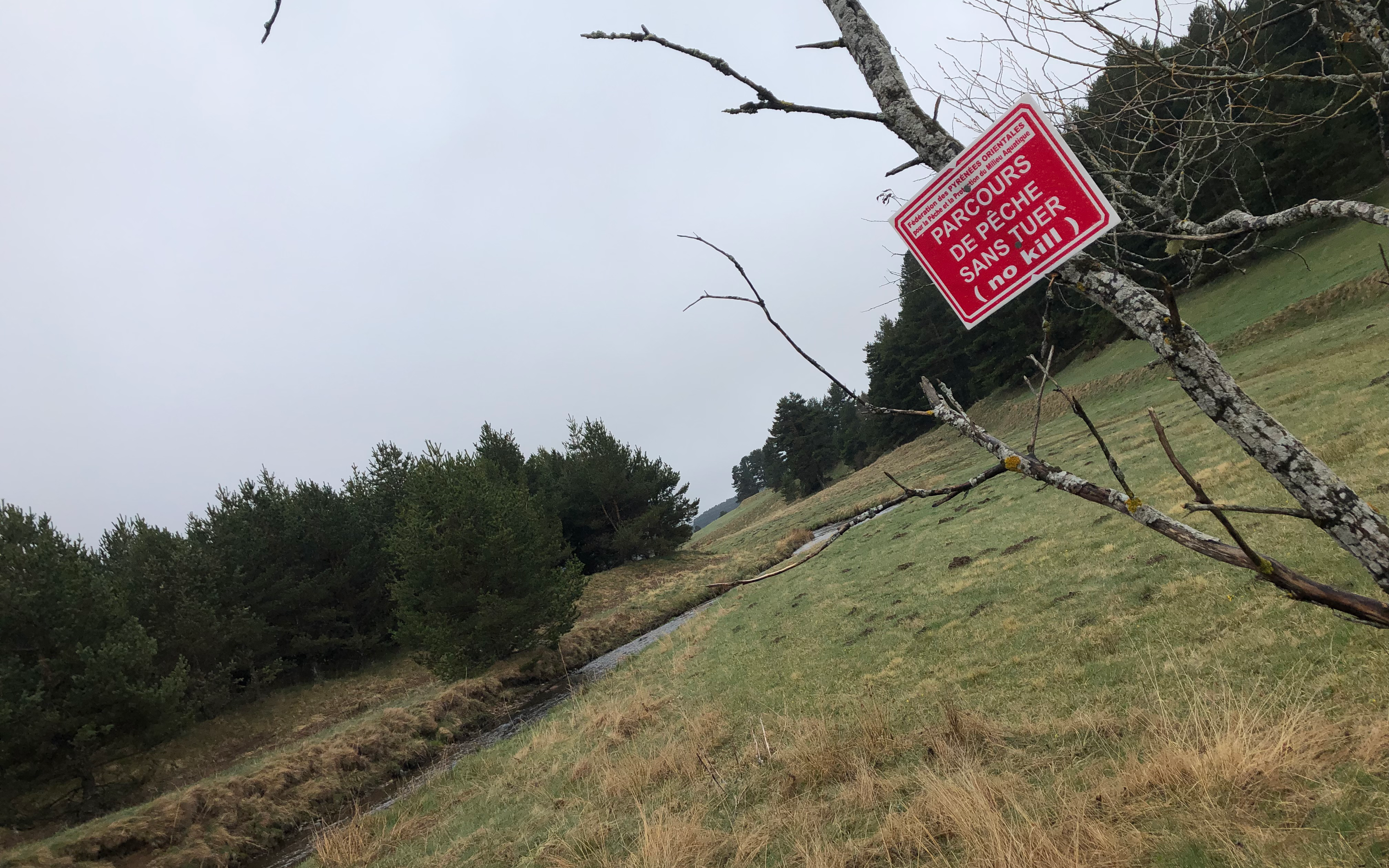 After driving more than an hour, I’m on the nokill part of the river, I park and then I realize the low temperatures. No matter what I’m not down here to sit in the car. I gear up, get my rod together, tie up a new tippet, and an elk caddis and go!At that point, I’m really frozen, I hardly feel the tip of my fingers but there I was, waiting for some action on the river.

Some fish start to rise, I don’t really see what the trout are feeding on but I dont want to change my fly. I cast my caddis in the current and Bang! I set the hook. It’s a small trout, maybe one or two years old. 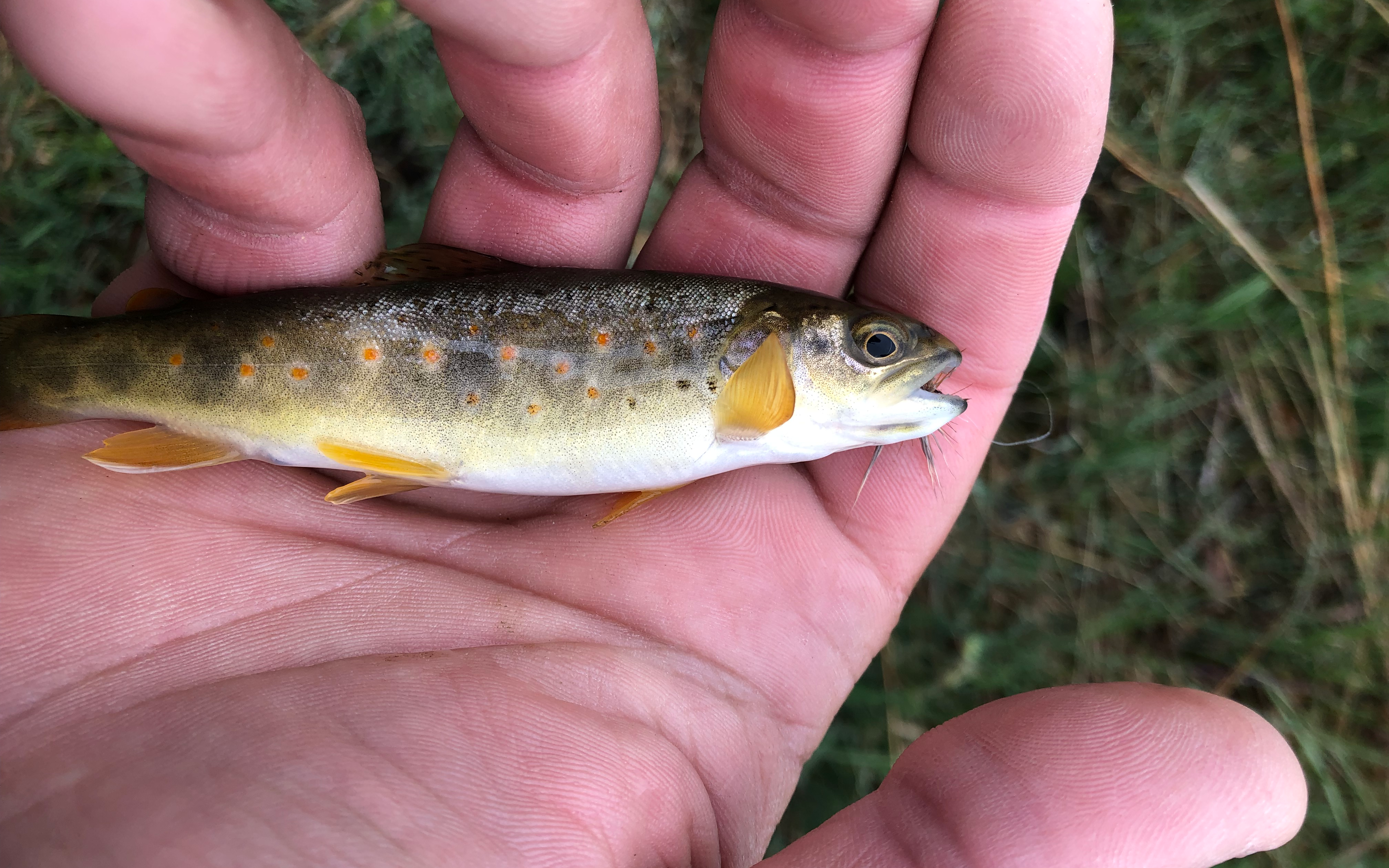 I’m back at it, same fly same current. Another one, a little bigger. I tell myself I’m going to have an awesome day. Snows starts to fall, every cast gets a fish! After an hour and a half, I a dozen trout landed in y net, all caught with the same kind of fly. I’m frozen t the bone but I’m so happy. It’s a  beautiful mountain stream in an amazing landscape.

You thought I was done with the Aude river? Didn’t I tell you I was stubborn? So I went back to the upper Aude valley, not far from Quillan.

In between two clients, at work, I managed to catch a few grayling and trout on nymph. They could not resist my pheasant tail and my perdigones. 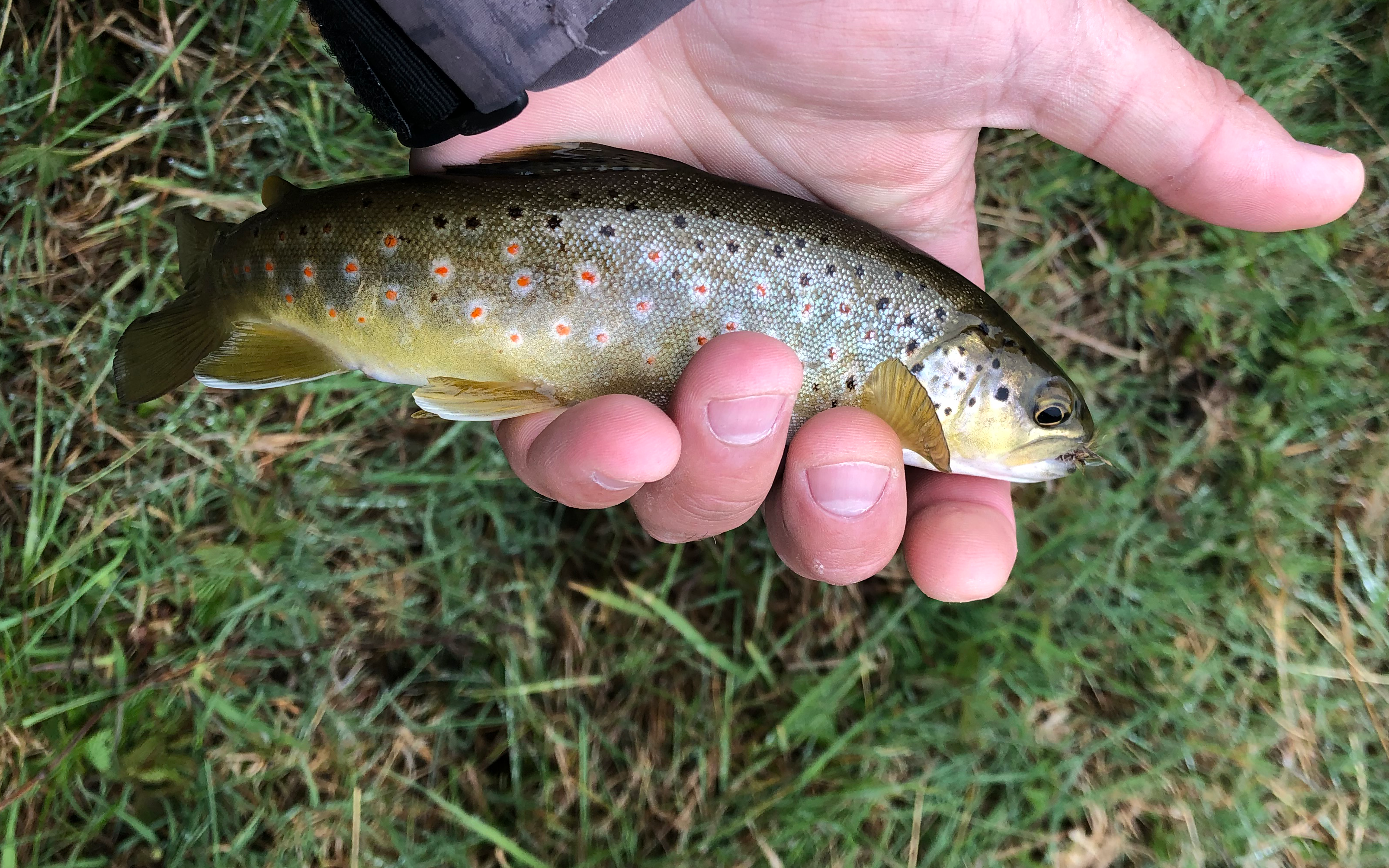 The Aude river is not an easy river but if you insist there is enough fish in it to have a great day! 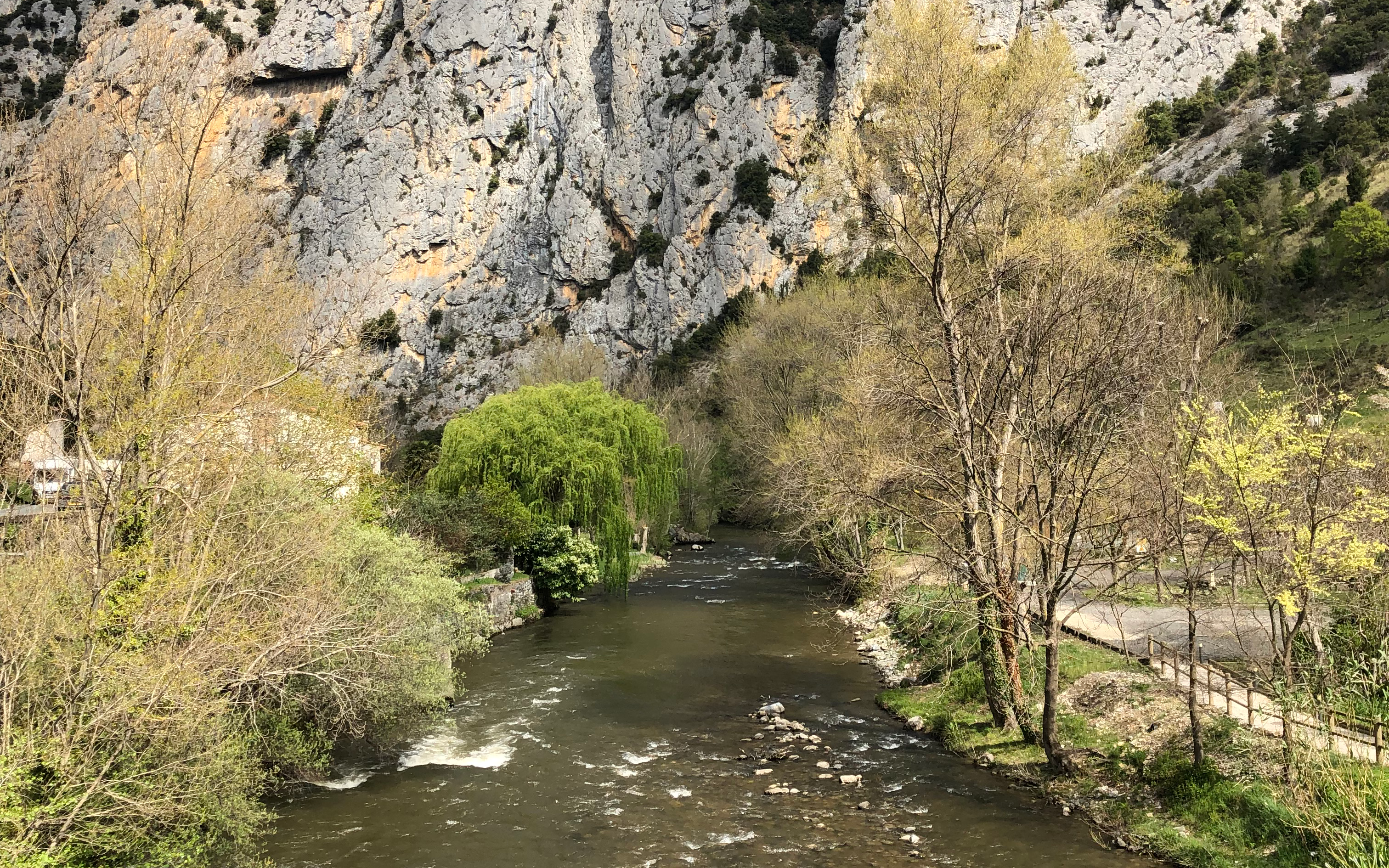 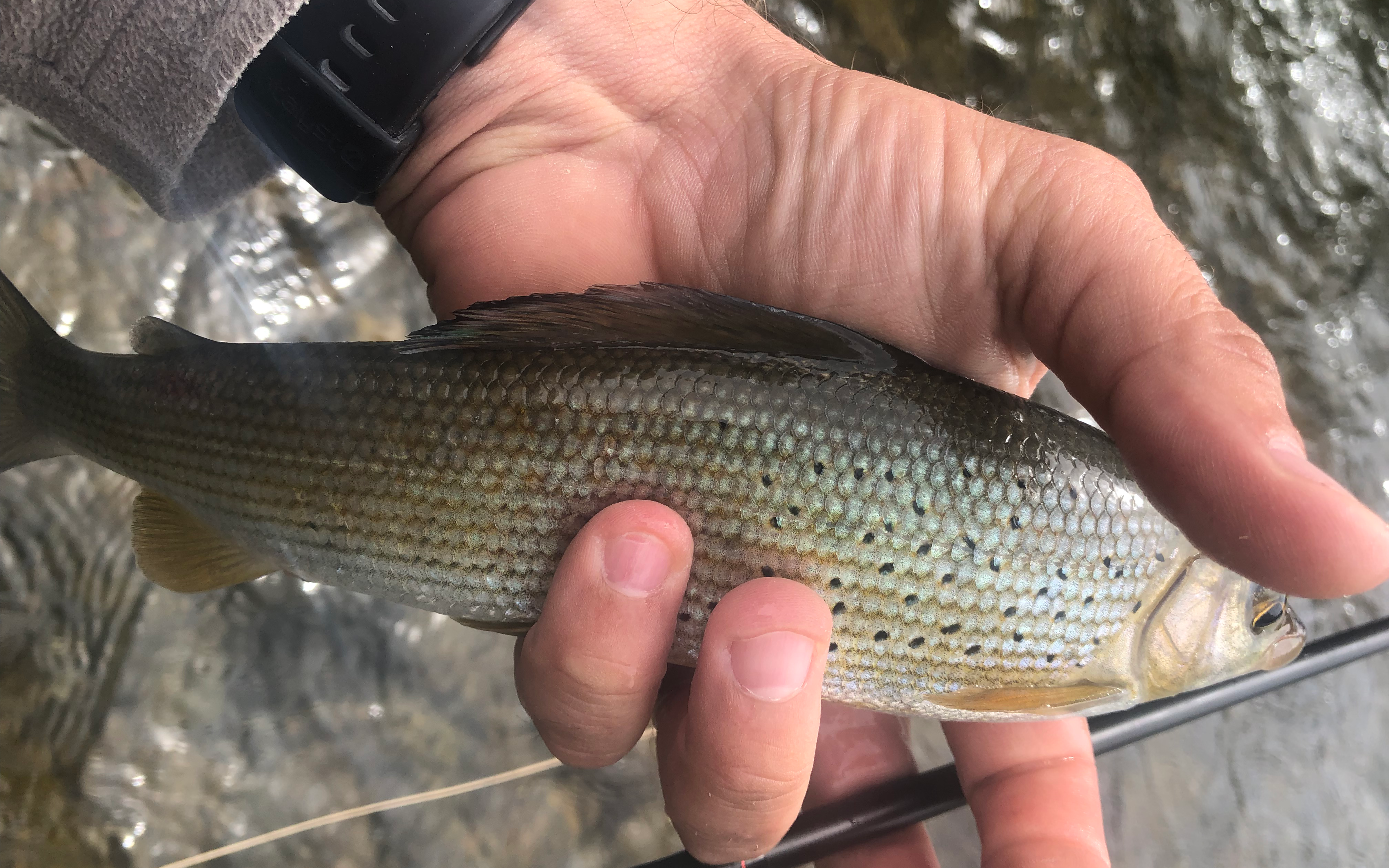 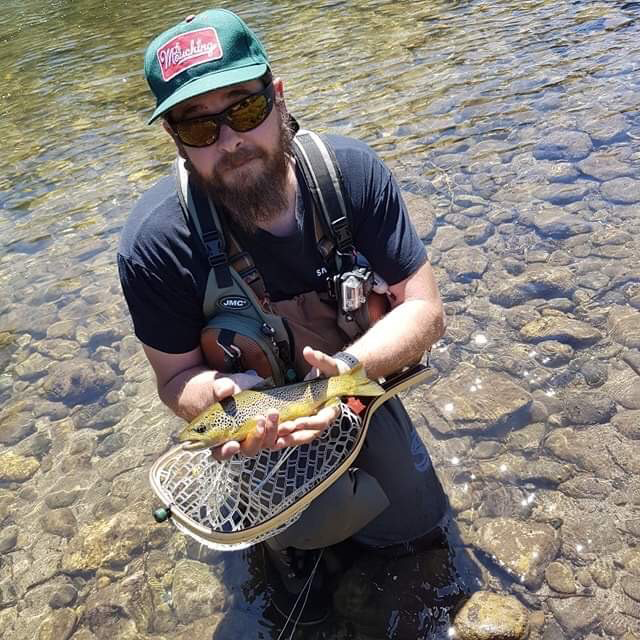