We love Chase and Amee from Tight Loops, we’ve been following them from their first film and never stopped supporting them the way we could afford to. And you could do the same, it’s never to late! This time their film is rady to be aired, but they still need your support, even 5$ are important, because the film you are able to be watching on May 7th is about to drive you nuts it’s such an adventure and so beautifully shot (as usualgo check their project on Kickstarter. You’ll understand why you have to support them. Buying the film on line at Vimeo on the 7th is also supporting them. 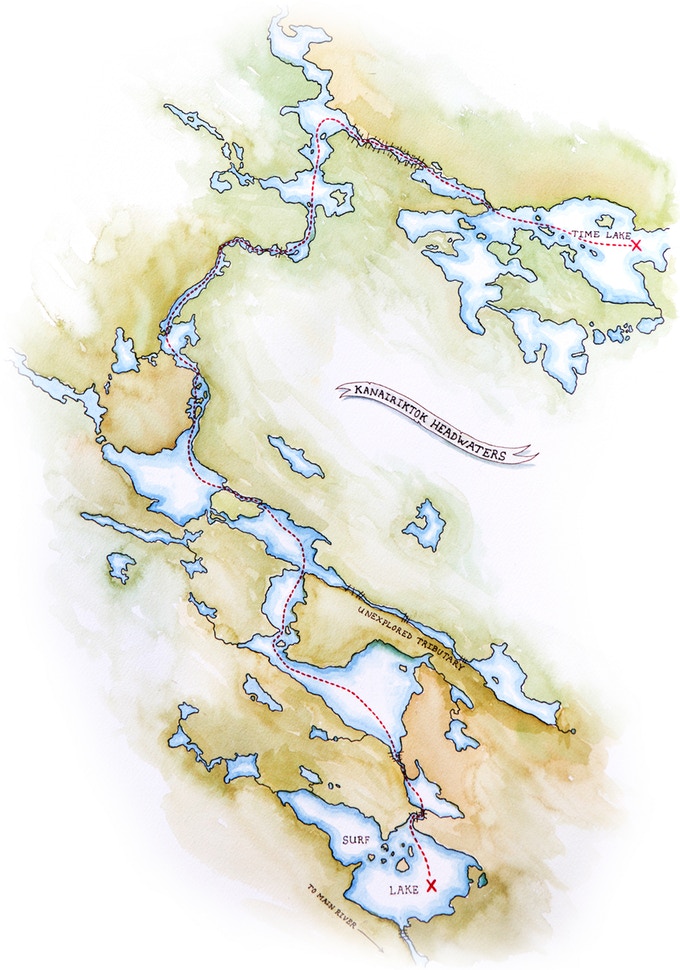 Big Land, a film that is a real adventure, four fly fishermen going up the Kanairiktok river in heart of Labrador. Last expedition was 15 years ago and there are no films, no records. So here they are in the wild, looking for the origanl Brook Trout, in the land of the caribous. But more than an adventure, this film is bringin another message to us: save wilderness. On May 7th, be ready to downlaod it. We’re also proud that our friend Rolf Nylinder participated on the soundtrack with 2 songs. You just have to wait for 3 more days. But please, support them!