Do you already have your TBR ready for this summer? If not, these books might appeal to you. Maybe you already know their authors or you’ll be curious to meet them.

Can I say that I have actually devoured, enjoyed, loved this book ? If you love these authors, a fun road trip and great food, this book is for you ! Rick Bass is so nice and funny and sweet. 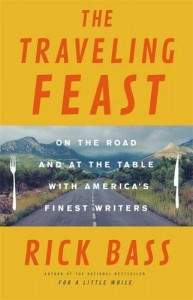 From his bid to become Eudora Welty’s lawn boy to the time George Plimpton offered to punch him in the nose, lineage has always been important to Rick Bass. Now at a turning point–in his midfifties, with his long marriage dissolved and his grown daughters out of the house–Bass strikes out on a journey of thanksgiving. His aim: to make a memorable meal for each of his mentors, to express his gratitude for the way they have shaped not only his writing but his life.

The result, an odyssey to some of America’s most iconic writers, is also a record of self-transformation as Bass seeks to recapture the fire that drove him as a young man. Along the way we join in escapades involving smuggled contraband, an exploding grill, a trail of blood through Heathrow airport, an episode of dog-watching with Amy Hempel in Central Park, and a near run-in with plague-ridden prairie dogs on the way to see Lorrie Moore, as well as heartwarming and bittersweet final meals with the late Peter Matthiessen, John Berger, and Denis Johnson. Poignant, funny, and wistful, The Traveling Feast is a guide to living well and an unforgettable adventure that nourishes and renews the spirit.    Little, Brown and Company – around 15$

Sean Stranahan’s stories have been finally translated into French last year. So if you haven’t read the series, start by the number one, The Royal Wulff murders,  this is number 2. I’m eager to meeting him again ! Back in Montana my friends ! 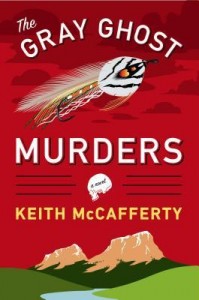 When the graves of two men are discovered on Sphinx Mountain, Sheriff Martha Ettinger suspects murder.  But with the only evidence a hole in a skull that might or might not have been caused by a bullet, she once more finds herself turning to private investigator Sean Stranahan for help. Stranahan already has a case, having been hired by a group of eccentric fly fishermen called The Madison River Liars and Fly Tiers Club to find a valuable fly that they suspect has been stolen. Could the disappearance of a vintage Gray Ghost from a riverside cabin in the Madison Valley be connected to the gray ghosts who haunt Sphinx Mountain?

Stranahan will cross paths, and arms, with some of the most powerful people in the valley to find out, in a novel that is sure to capture new fans for one of the mystery genre’s rising stars.                       Viking, around 4$

I have never read Jim Lynch before though I keep hearing great things about him. Sill in the water, but in the ocean this time – his books are also being translated, but I have the original copy with me, care to join me ? I just realise that this book is actually part of a family saga … the fourth novel ! Too late, I want to read it. 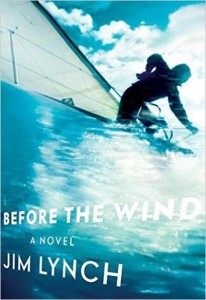 Joshua Johannssen has spent all of his life surrounded by sailboats. His grandfather designed them, his father built and raced them, his Einstein-obsessed mother knows why and how they work (or not). For Josh and his two siblings, their backyard was the Puget Sound and sailing their DNA. But both his sister and brother fled many years ago: Ruby to Africa and elsewhere to do good works on land, and Bernard to god-knows-where at sea, a fugitive and pirate. Suddenly thirty-one, Josh—who repairs boats of all kinds in a Steinbeckian marina south of Seattle—is pained and confused by whatever the hell went wrong with his volatile family. His parents are barely speaking, his mystified grandfather is drinking harder, and he himself—despite an endless and comic flurry of online dates—hasn’t even come close to finding a girlfriend.

Finally, another book I have read and loved, Country Dark by Chris Offutt. Leaving the creeks of Montana or the great ocean to come back to the Appalachians in Kentucky in the mid-fifties. My review will be published here shortly ! 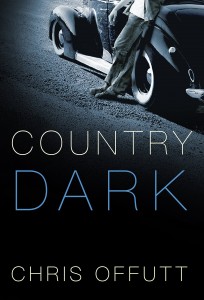 Chris Offutt is an outstanding literary talent, whose work has been called “lean and brilliant” (New York Times Book Review) and compared by reviewers to Tobias Wolff, Ernest Hemingway, and Raymond Carver. He’s been awarded the Whiting Writers Award for Fiction/Nonfiction and the American Academy of Arts and Letters Fiction Award, among numerous other honors. His first work of fiction in nearly two decades, Country Dark is a taut, compelling novel set in rural Kentucky from the Korean War to 1970.

Tucker, a young veteran, returns from war to work for a bootlegger. He falls in love and starts a family, and while the Tuckers don’t have much, they have the love of their home and each other. But when his family is threatened, Tucker is pushed into violence, which changes everything. The story of people living off the land and by their wits in a backwoods Kentucky world of shine-runners and laborers whose social codes are every bit as nuanced as the British aristocracy, Country Dark is a novel that blends the best of Larry Brown and James M. Cain, with a noose tightening evermore around a man who just wants to protect those he loves. It reintroduces the vital and absolutely distinct voice of Chris Offutt, a voice we’ve been missing for years.