Just because we like fishing movies, here is the RISE seen from the inside.

Hi Pierre, nice to have you here with us could you please introduce yourself?

Hello, first of all I want to thank you Greg and to thank also Cyril who, with Le Mouching has supported our adventure since its inception.

I am 48 years old, and already thirty years of exclusive fly fishing. I was born with a fishing rod in hand, on the edge of the upper Loire valley near the Puy-en-Velay. The Loire and its tributaries, both Vellavian and Ardèche, allowed me to make my first steps and continue to see my flies pass year after year. Here, we have an extraordinary fishing territory with two large rivers: the Allier and the Loire, and the immediate proximity of the Haute Ardèche and the Lozère.

This year, you are celebrating your 10th anniversary so happy birthday. Tell us how the RISE festival was born? Did you get inspired by IF4?

About fifteen years ago, we were a small group of friends linked by the passion for flies. We created a club with the idea of promoting the technique and above all the philosophy of our approach to the river. We therefore animated for a few years the “Fly Club of the Upper Loire Valley”. During the long winter months, fly-tying lessons, casting lessons and hours of talk on the management of fishing in France were interspersed with film screening sessions on an old sheet or plastered white wall. It was the heyday of the “Trout Bum Diaries” which were going to launch a new kind of film: the spirit of the films of sliding to fishing. While sipping a small beer in front of these images, I remembered the cinema and the nights of sliding of my adolescence. When I left the cinema, I only wanted one thing: to put on the skis!
The image is a dream vector that excites passion and envy: so why not try to create a night of fly fishing film like a night of sliding since the spirit and the way of filming met up! 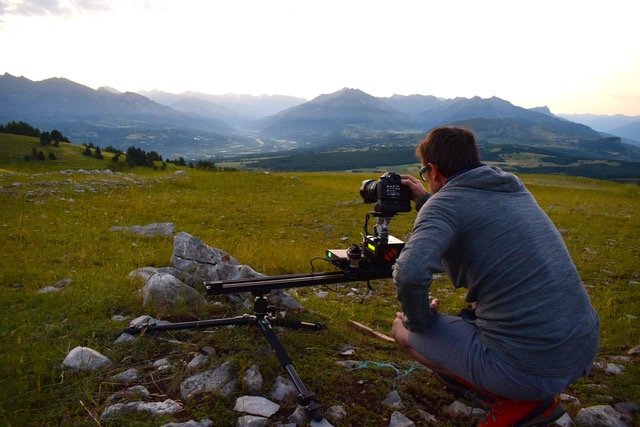 So, I snooped a bit on the web and quickly came across the very concept I had in mind. The web is amazing: if you think about something, there is always a guy who thought or experienced it before you … We were in 2009.
A New Zealand-based company (Gin-Clear Media) had been producing a fly fishing film festival for three years: exactly what I was more or less consciously trying to create. With a bit of cheek and English Auvergne speaking, I send without believing too much an email. The next morning, opening my box, a certain Nick Reygaert answered me. Ten years later, having gone through a lot of human adventures, the Festival has, I believe, taken on a beautiful dimension.
I add two little anecdotes. In 2004, when the triggering film “Trout Bum Diaries” was filmed in Argentina, the team of happy amerlocs who made us dream so much on the plaster of the wall, stopped in a hometown lost in the depths of Patagonia to drink a beer. The bar server was Nick Reygaert and quickly gave up his job to follow the crew of the film. After spending a week in New Zealand with Nick not long ago, it’s funny to realize that you rub shoulders with the guys who started the adventure: as if the circle was complete.
Finally, IF4, the North American fly fishing film festival, was born long after the Rise. It should also be noted that the IF4 tried to develop on the lands of the Rise (in New Zealand and Australia) and that the adventure fizzled out for them. The difference today lies in the qualitative aspect of the projections. Nick is quite visionary in the field since you should know that the Rise’s programming differs from one country to another. The Festival in Germany does not offer the same thing as in France or Australia. I believe that the success of the Rise is very much due to the idea that each audience is culturally and emotionally conditioned. Here in France for example, we need people, feeling and good stories in addition to beautiful images. The Anglo-Saxon spectator is, I believe, more moved by the spectacle of a beautiful fight, a big fish. It is certainly caricatural but we find this way of treating the image in a more general way in the cinema or in documentaries.

How many people participate in the selection of films and who are they? What are the criteria for a film to be selected? Regarding the promotion of “made in France” films, has success been there? / Did they met expectations?

Last year, following the resignation of two private service providers on whom I relied, the Rise organization in France took a saving turn by returning to the foundations of associations: we are not here to make money. Since the beginning, my objective has not changed: the Festival is for me a powerful communication and awareness tool on how we must approach the water and the river. After being involved and used for more than fifteen years in the local aappma, I told myself that my volunteer time is much more effective today with the Rise to promote our ideas.
I was joined by people whose motivations were identical and who each has an area of competence allowing us to share the workload: Steeve Colin, fishing guide on the Haute-Loire, Jean-Baptiste Faure known in the community for his excellent Auvergne blog, Pierre Portmann, excellent treasurer and excellent actor (you will find out very soon), and Sébastien Carlet, a young globetrotter whom I knew when he was still a teenager.

Our organization is also based on the essential relay of local people or partners: they will recognize each other and we would like to thank them because the festival could not exist without them.
Under this associative umbrella, we therefore decided to invest a part of our profits in financial support for French productions. When we launched this call on Facebook, I received quite a few requests and information in addition to requests from directors who had already trusted us. Today, the Festival brings together a “family” of directors, all fishermen at the base and who, from year to year, trust us and at the same time contribute to the notoriety and development of the event. We are thus in a win / win relationship. For our tenth anniversary, we are therefore proud to offer you seven French films this year.
This idea of contributing financially to French or French-speaking productions is certainly the engine of the event’s success and sustainability. Our financial partners do not only do patronage, they indirectly participate in the realization of film projects preaching the good word: we could not have reached this decision without them. The same is true for the spectator who thus becomes individually a little more than a simple spectator.
You can find the selection criteria and the method of submitting projects here.

The RISE has become an essential event in France for fly-fishing, do you have the ambition to grow at the European level?

Last year, we were able to organize a screening for the first time in Belgium and Switzerland. Our organization manages the Festival French language version. We therefore respond to requests from event organizers in the French-speaking area: for example, we added a date last year to Saint Pierre and Miquelon.
International development is managed by Gin-Clear Media and Nick Reygaert.
Our ambition would be to be able to give any fly fisherman the opportunity to go and see the festival within an hour and a half from his home: to succeed, we must be able to rely on even more local partners to extend the mesh of our dissemination. Here is a link to find out the conditions for broadcasting and organizing a session.

Personally, I really like meeting people of all ages during screenings, and especially kids who have a smile and marvel at the sight of the show. Last year, the RISE team presented the films to college students. What were their reactions, did they feel concerned about respecting watercourses?

Indeed, the Festival is first of all a place of sharing around the same passion and each year, groups of friends like to meet together in front of the screen. It’s also the opportunity to extend with a festive evening. 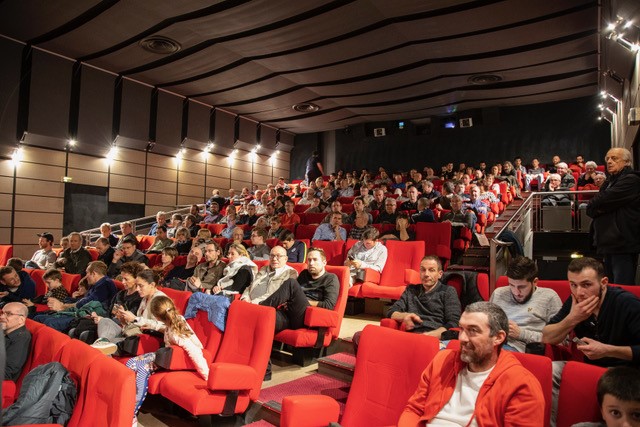 For us, the Festival also has an educational value: the image touches the conscience but also affects the unconscious. I like to talk about the subversive dimension of the image. Armed with this idea, we tested last year, with the support of our Departmental Council in Haute-Loire, a free session for college students. At the intermission, Steeve explained the throwing of the fly with the concepts of physics and some kids unrolled silk in the movie theater. After the screening, we proposed a small debate / conference on water issues with the underlying behavior of our consumption behavior.
We were surprised by the quality of listening and participation of the kids. I have 13-14 year old girls in mind with their mouths open, their eyes wide open before the images. The supervising teachers were also won over by the concept. The best testimony is that of this teacher of a SEGPA class: “Bravo for the quality of your animation, for the beauty of the show and a big congratulations for having managed to muzzle my class for two hours! ”
The experience is therefore repeated this year in the Puy-en-Velay, but also in Aubenas thanks to the Ardèche Fishing Federation, in Beaurepaire thanks to Philippe Crouzet and his association Fishing Fever, and perhaps in Clermont Ferrand, all having understood the potential scope of this idea.
Today, the vast majority of our kids are cut off from nature and its realities. Spending between four and six hours a day on their screens, having access to all possible activities, our teens no longer know what surrounds them, what a river is, what is in it, and what is the relationship between our behavior and what is essential to life, to their life: water.
Finally, I tell myself that if among all these kids who have absorbed the images we offer, even a small proportion suddenly want to take a fishing rod as I wanted to put my skis on at the time, so we didn’t waste our time.

What would you say to people who hesitate to come to the festival?

Simply put: too bad for you!

The ticket office and the projection dates, that’s here