In the fishing movies, we look at fishermen and fish (and for the last ones, we’re not sure of anything). However, we forget the men and women thanks to whom magic is not possible (production companies,  director of photography[DOP], director…). Today, I have decided to introduce you a particular person through this interview.

Felix, can you please introduce yourself?

I am Félix Bazinet, I am 30 years old, I live in Les Bauges in Savoie, and I work on wildlife and nature films, but also on fishing and hunting films for Seasons.tv, mainly as director of photography or cameraman. However, I had the pleasure of directing “la perle des Bauges” for Seasons.tv in 2019.

Becoming a videographer, it’s a bit of a kid’s dream come true or not at all? When did you start getting passionate about taking pictures? Did you do any specific studies?

Strangely, not at all. My father already worked in film, he was a general manager in cinema films. So, probably also out of a spirit of contradiction, younger I didn’t want to hear about images and movies.

It came to me pretty late, actually. I started to get passionate about wildlife photography around the age of 20, when I was doing studies in Forest management. The video came a few years later. When it became a professional project, I decided to train myself.

I really got into the image through the animals. And then, I redirected my studies to this sector by applying for a master’s degree in writing and directing animal documentary, the IFFCAM in Poitou-Charentes (center-west France). In France, it is the sole cinema nature and environment oriented master. There were two really exciting years, during which I made a movie about owl and then another one about kingfisher.

What kind of film do you mainly make?

What I like about this job is the fact I’m not sure to mainly do something. I can participate in a year on a dedicated animal film, a scientific documentary and on fishing and hunting films. I also sometimes make institutional films, or sell additional animal images for other films. For me, it is precisely the variety of projects and topics that makes the job exciting.

Don’t you find complicated to manage animal films or documentaries?

It can be ! We work with animals, so there is a random and unpredictable aspects. After all, the interest of the task is to reduce as much as possible these unforeseen events, through knowledge of the target environments and species, by surrounding local specialists or naturalists, and sometimes by controlling the working environment. Building terrariums or aquariums can be a solution, for example. But, this is only possible with small animals: insects, small mammals, reptiles or small fish.

So generally speaking, we spend a lot of time in the field, sometimes for few images, that’s true. 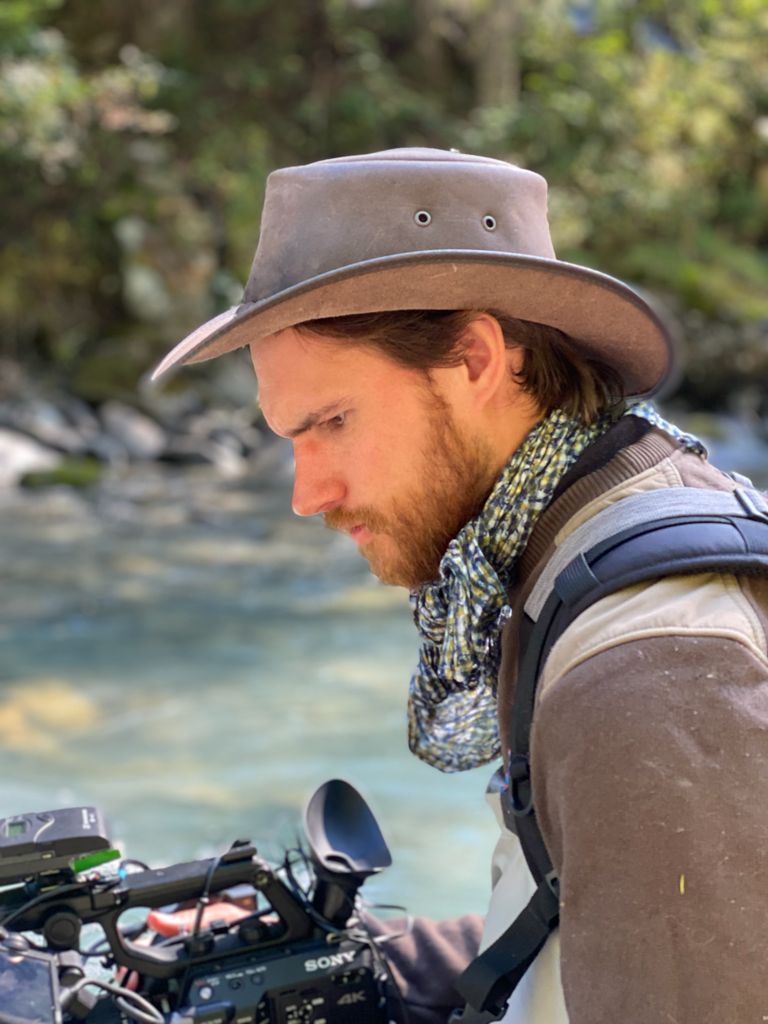 Can you tell us about your best shooting? And vice versa?

I have a lot of great memories from shooting. To name just one, it was on the set of the movie “The Lynx and the strawberry” in southern Spain. We did a lot of sharpening with the team, taking turns on known passage points of the Lynx Pardelle (an endemic feline of which there are only very few individuals left in the wild). After a month of filming, we were very few to have seen it and we still had few images. One evening, he even stepped two meters behind my blind, without me seeing or hearing him! But, the last night, before packing up, he ended up going out about 30 meters ahead of me. Even though I was behind camouflage nets, he spotted me right away. Without taking his eyes off me, he sat down on the path and remained for a few seconds staring at me before getting up and leaving quietly. It was a really strong moment. My first encounter with a big predator.

A bad filming memory is harder to find. It’s a bit of a daily lot to rain, to wait for hours in the cold to finally see nothing, to have a problem with equipment. But it’s like fishing, as soon as you break the empty-handed cycle with a nice catch, a beautiful image, all those moments are forgotten. More than that, they are worth it and are part of the process.

What are your future plans?

I’m looking forward to more fishing movies for Seasons.tv. It’s a great way for me to combine work and passion. To meet people and learn things. Otherwise, I’m not very picky, just send me to film any animal, and I’m happy. 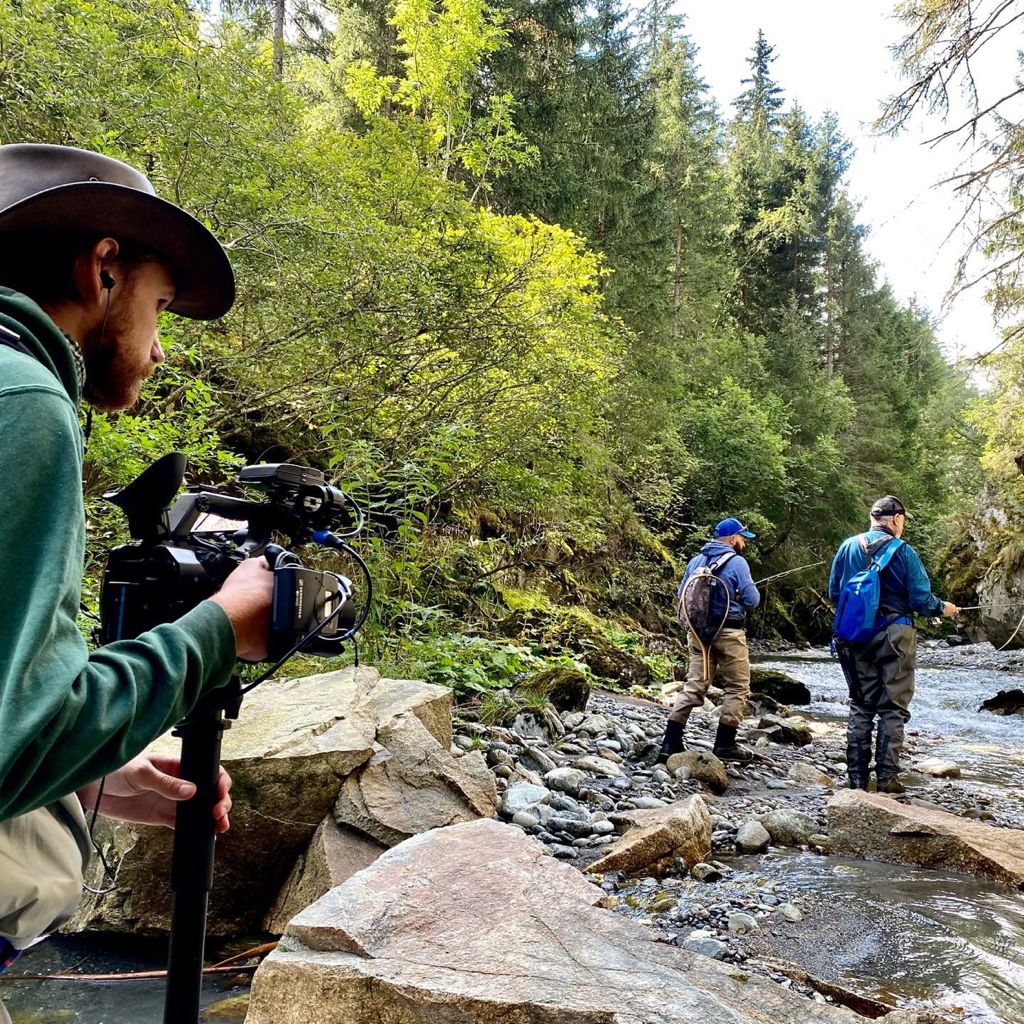 Besides being good with a camera, you are also good with a fly rod. Isn’t it a bit frustrating to see other people fishing and catching fish while you’re behind the camera?

Contrary to what one might think, not so much. We experience the fishery very differently. We focus on the fisherman and it is the image we have in mind that becomes the target. It is also satisfying to make his settings, to focus on staying stable on a character, to see him ferrer when we expected him to do it than to take the fish yourself. Being a fisherman is therefore a huge asset in anticipating and understanding fishing actions. And then, by loving the subject, we make it look beautiful. 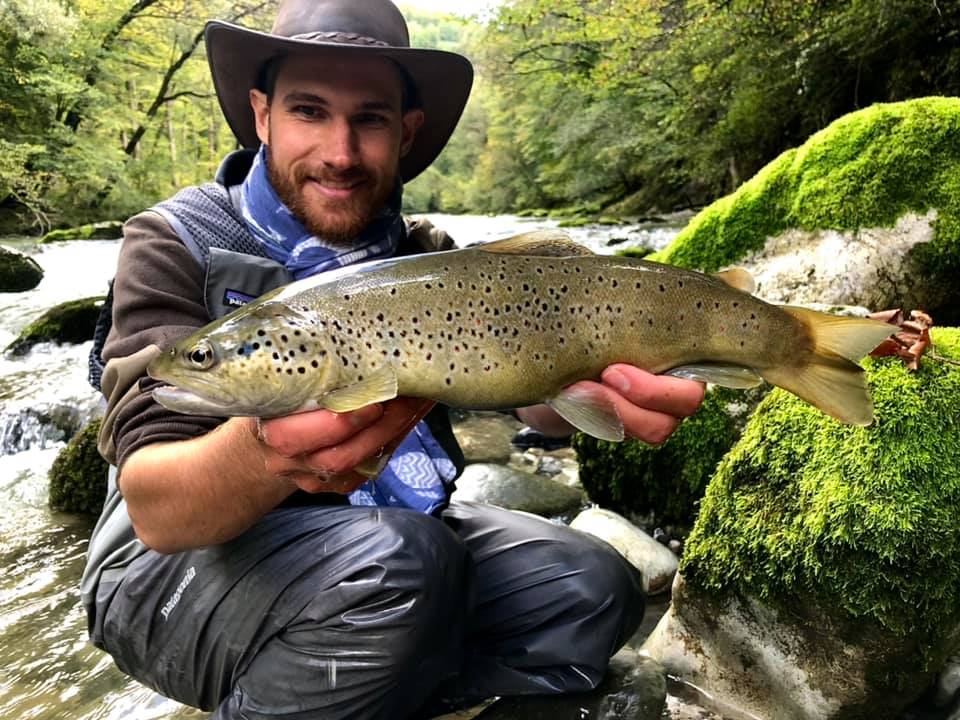 Do you still find time to go to the water’s edge?

It depends on the years and the periods, but overall,I’m not to be pitied. I’m by the water whenever I’m not at work. I have to fish 50 to 80 times a year. I also have the chance to live in Savoie and be surrounded by beautiful trout rivers, so even with only one hour ahead, you can already enjoy yourself.

How did you find out fishing?

Fishing came to me almost as a baby. I was fascinated by the aquarium of the living room and its occupants. So as soon as I was at the water’s edge , I absolutely wanted to see what was going on there. So I started like many of us with a stick-to-stick and earthworms to catch … anything that would bite! Then I wanted to catch the species I couldnt catch. The tench, the pike, the trout. I had my first fly rod in my hands when I was 11, and this technique immediately took a special place in my heart…

Do you remember your first fish?

My first fish, I don’t think so, it was probably a perch of the Lake Annecy around the age of 4. But my first trout on fly was very clear. It was a nymph with an indicator in a stream. the water was very tinted because of a storm the day before, I threw my fly, applied on the movement but without imagining that a trout could catch it. And suddenly, my indicator went down and disappeared. It was a little fish, but I remerber it. Afterwards, I continued to fish in this way with a nymph and a paste indicator for years before discovering the dry fly-fishing.

I fish a lot on my own. I like the degree of concentration it achieves. We no longer think about what we are doing, all the attention is focused on the gesture and the attempt to understand the environment and the fish. I like the feeling of fullness that one feels when fishing. I feel in my place, free from the troubles of everyday life.

But even if I fish alone, I’m not lonely! I have friends with whom we debrief our outings and our catches, to understand, progress and encourage each other. These moments of exchange are for me an integral part of the activity.

Overall, I can say that I am attracted by everything I don’t know… But, if I had to choose, I would stay on salmonids. The Marmorata and the Lenok trout, for their colors, the countries where they are found, and their size that must make the fights exciting.

What kind of music do you listen to? And What about your reading?

As for music, I listen to a lot of classical and baroque music, folk, funk and rock. A little bit of everything.

On the reading side, SF (Damasio) and American fishing writers like John Gierach. Otherwise I am a big consumer of graphic novels and cartoons. Moreover, when a beautiful graphic novel on fly fishing?