Every year, our dear friend Flechemuller tells us a story for the holidays, here’s the one he told us this week and we would like to share it with you, as a gift from him! 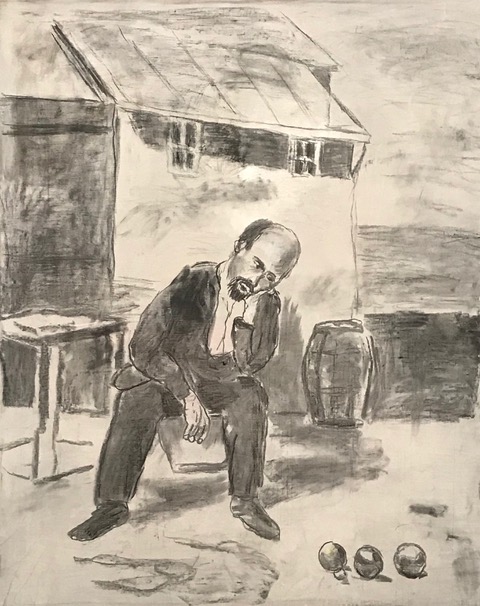 contrary to some popular thoughts, is far from being a harmless entertainment. I can affirm here, that this sport is closer to a combat sport than a little fun washed down with aniseed drinks.
The proof? Here it is. Not later than yesterday afternoon, on the open ground of the village of Berrias (Ardéche, France) the game of petanque between a very unsportsmanlike local team and our valiant team of the village of Beaulieu (Ardèche, France) was, we can affirm it, more than distressing for us: 11 to 13 for these bastards of Berrias. And it was my turn to change this score in order to make civilization triumph. To do this, I just had to shoot the ball of Francis, the baker of Berrias (a real asshole this Francis. And his bread…TO VOMIT!). Just as I was about to shoot, this bastard surreptitiously passed behind me, and with a deceitful shoulder blow, made me lose my balance and I collapsed on the ground on my two other balls. 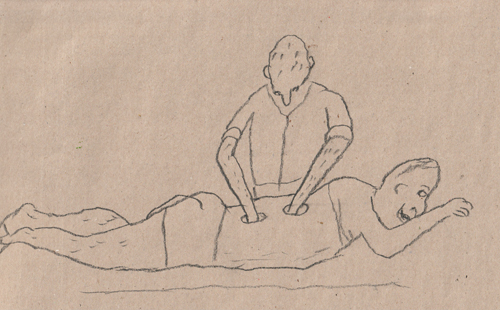 I would have had the physical strength, I would have thrown him into the little river that runs through the village. Unfortunately I couldn’t move without screaming in pain. My ball had shattered at least one vertebra, or even several.
That’s why, this morning, I had an appointment with Doctor Chin Yen, a famous specialist in petanque accidents, 23, rue des acacias, Berrias (cross the bridge, first street on the right, after the Bar des amis.)
Just crossing the bridge, I put as usual, a look in the stream and realized that it was covered with a thin layer of ice, normal phenomenon by these winter temperatures.
After spending more than an hour on the couch of the doctor specializing in deep massage, I took the way back to our hamlet and crossed the famous bridge again. While leaning cautiously on the railing, I discovered this miracle. (Photo absolutely not retouched!!).
And there, my friends, I was filled with the most beautiful Christmas gift of my life.
Thank you Francis, the baker. Thank you doctor Chin Yen. Thank you my fragile vertebrae…. Life is wonderful. 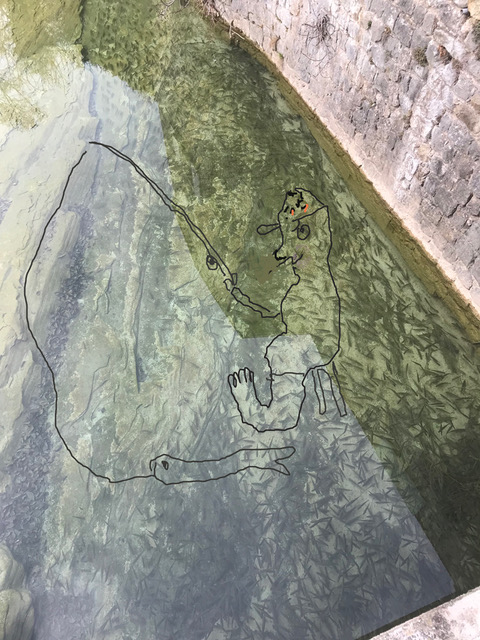