I drove down to the Pyrenees, Oloron Sainte Marie, head filled with sea trout jumping at the end of my line. The closer I would get, the more excited I was, but as I reached the town of Pau, the weather changed and from hot and moisted evening it turned into a pouring night with lightings drawing zebras in the pitch black skies. The next day, the river was not our best playground, I had joined with the guide Fabrice Boucher,  and Donald Van Der Putten, the Mouching photographer who are both dearest friends. But we had to face reality…the weather sucked and what we thought would have been an awesome sea trout week end seemed to be long gone. That’s when Fabrice came up with an idea “Hey, guys, let’s pack and head to Spain”. And there we were a couple of hours later, in an amazing landscape, looking for the shade is was so hot! Not a single cloud and that early summer heat, perfect for what we were looking for: Barbel and carps! Yes, I know, a lot of you just went “naaa… that ain’t fish to catch on fly”, well guys, you’re wrong! 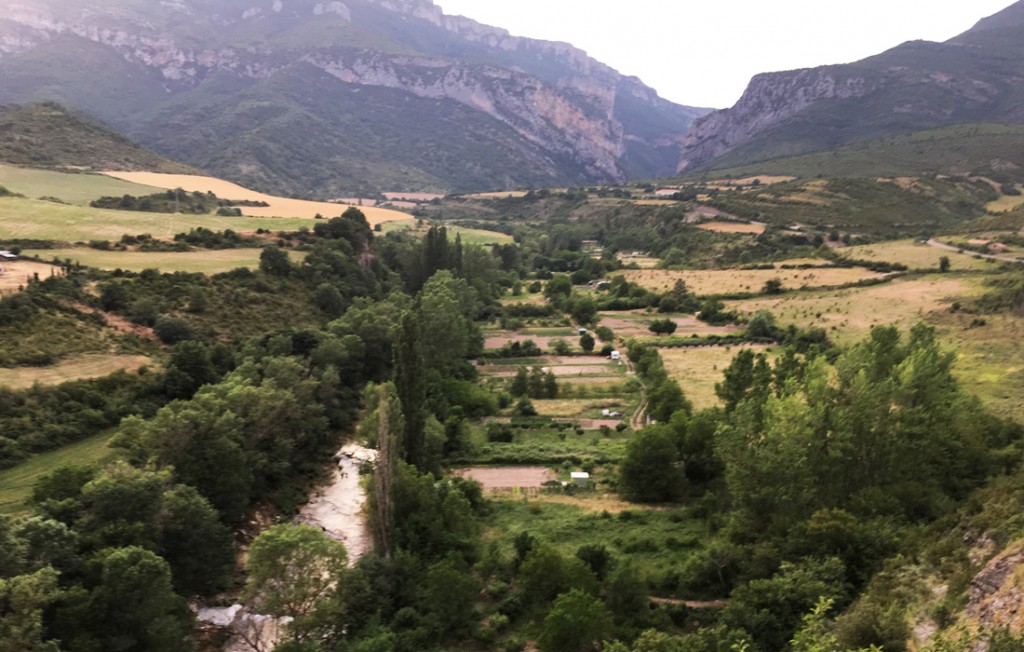 First we went ot a lake, to the place where the river gets in, bringing all sorts of food, and there they were, the carps, feeding in less than a foot of water, although it was hot, we had to wear waders, long sleeve shirts and buffs, we were not the only ones by the lake, mosquitos decided it was their restaurant! So ther we were, almost crouching by the wader, spotting the carp and casting a damzel nymph right in front of their mouth, alomost like Permit fishing, you see the carp move, you set the hook! And there you go! Ho, those ones were’nt big ones, but, man they pulled, they pulled like tractors! What a fun! Loved it, Fabrice told me, that the best season is when they mate, that the big ones are up feeding, carp that are over 6 pounds. But it was time for lunch. 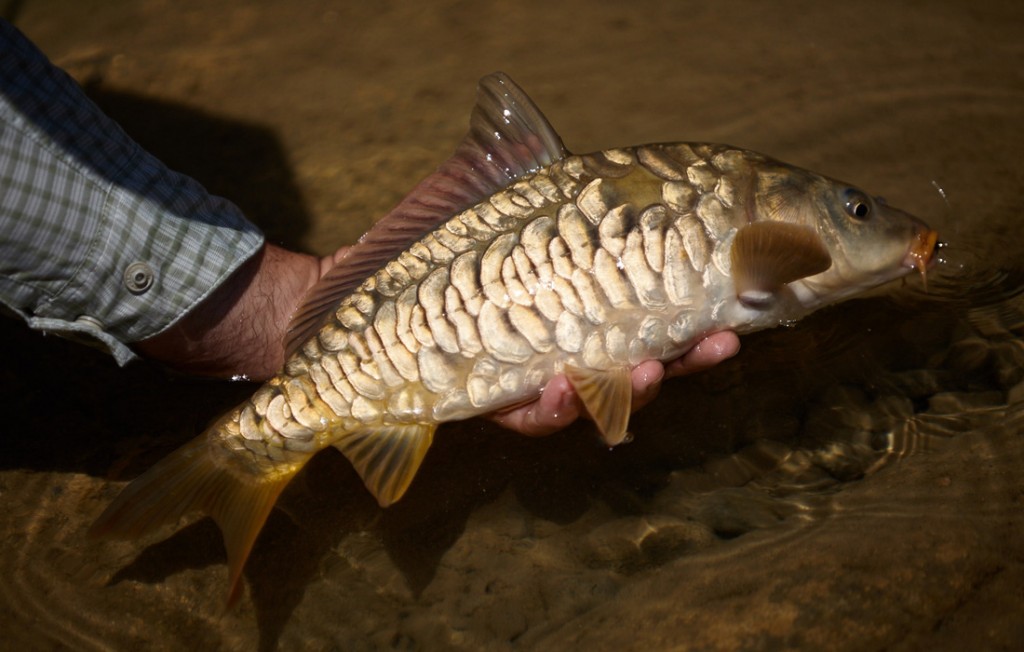 Lunch is very serious in Spain, first it’s never before 2 pm, it’s often just bread spread with tomatoes, garlic, olive oil and that delicious spanish ham and a cold beer. But than there is la siesta, the nap,  and you cannot avoid that, it’s so hot, the air is thick, the village seems dead, you have to nap. Than around 4 or 5, it’s time to go. Up the river, for barbel! 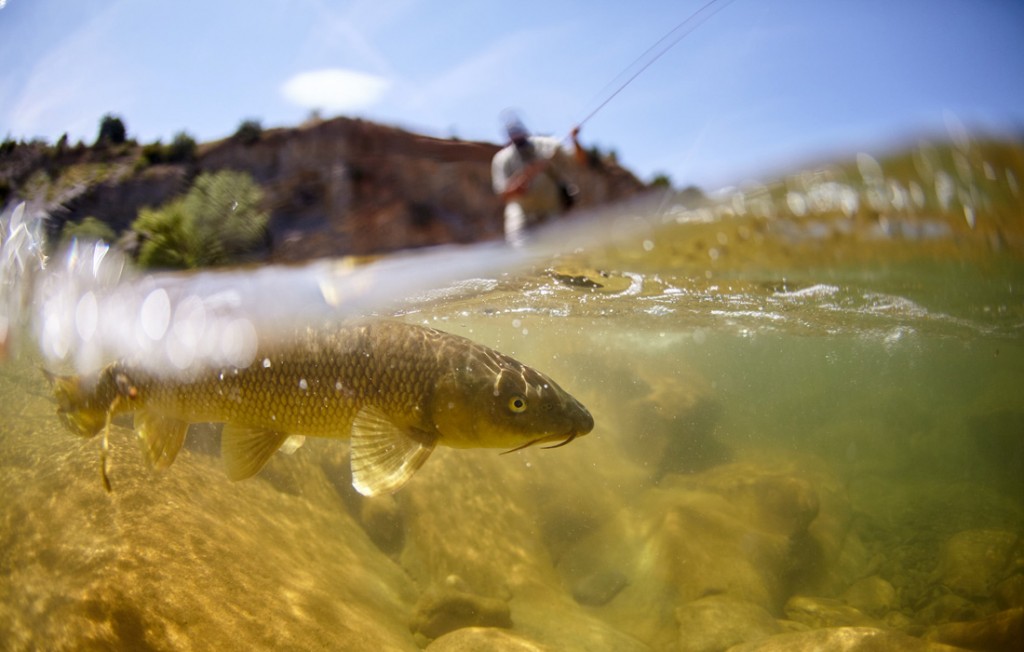 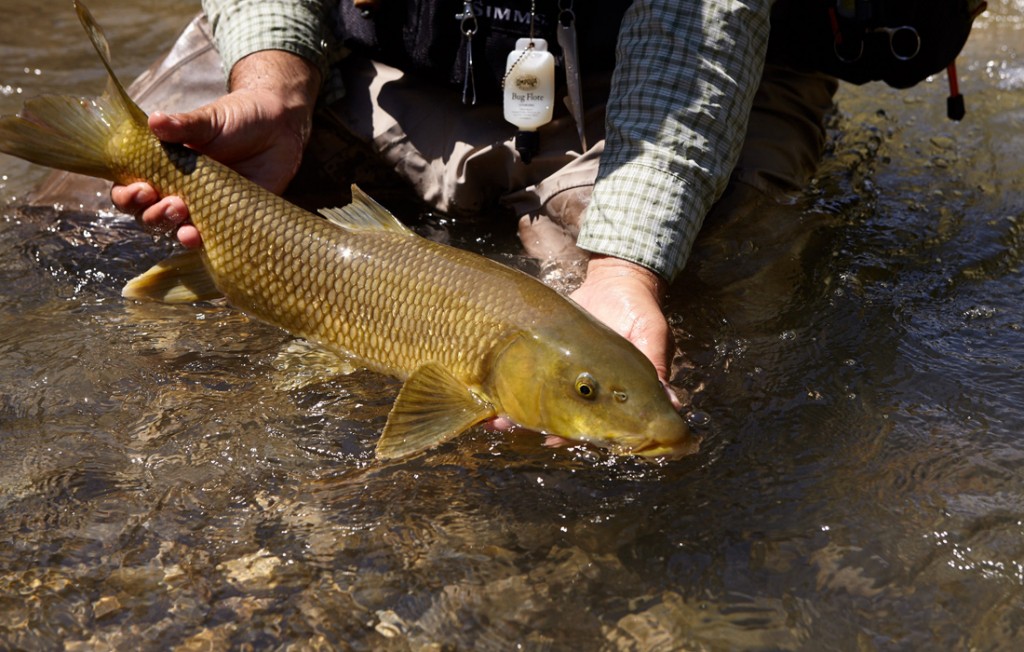 The barbel, the spanish barbel, the very special one you catch with dry! So here we are, up the little river that goes in the lake, a river that comes down from the Pyrenees, and here they are too… tens of them, or lonely ones. They are going on dries just like a trout. Some of them in less than a foot of water, others on the surface of a deep pool. So I cast my foam beetle, in front of one, nothing. I cast again, as the fish was going in circles, waiting for it to finish its loop, there it is, facing upstream. I cast, I can see the orange tag of my beetle floating down straight to the fish, Dang! I set the hook, and there it goes, upstream! I run my arm high up in the air trying not to lose contact, after a couple of fights, there it is, like a gold bar, so beautiful. After catching a few, we swam in the river to get cool down. Then we went to this little hotel, up the hill where we ate like pigs! The next day would be the same, carp, barbel, food and laughter, what else? If you ever want to go there, one name, one guide: Fabrice Boucher from Aspe Angler. 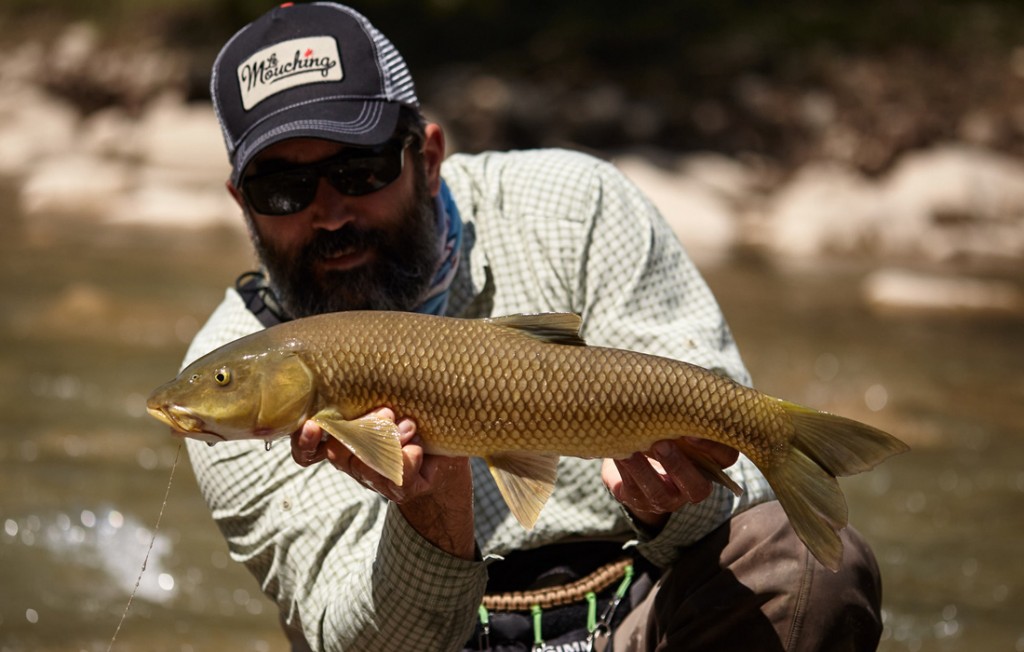 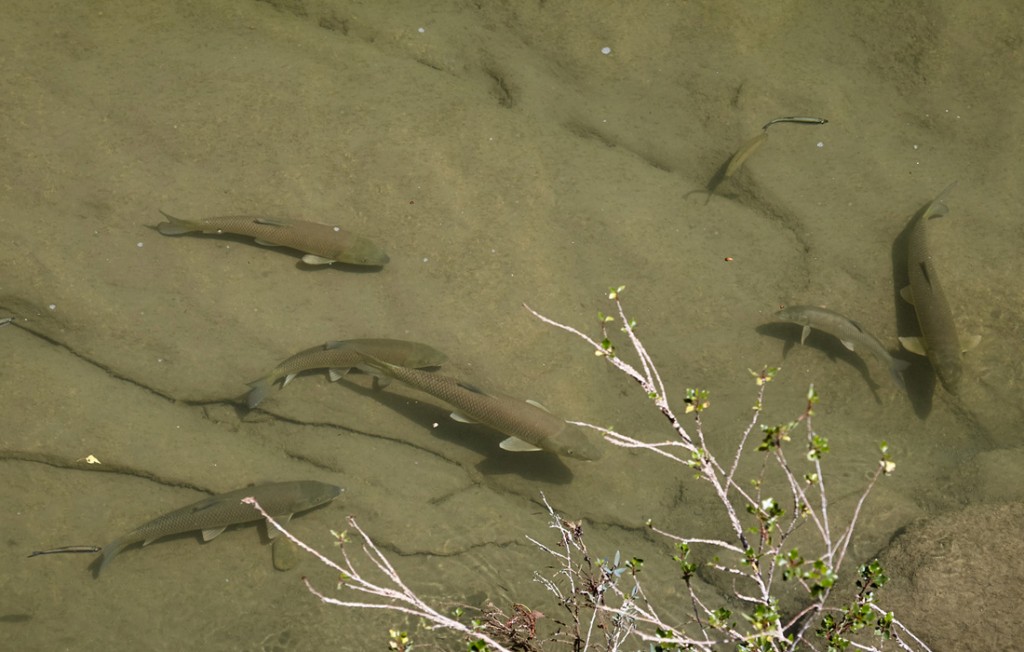 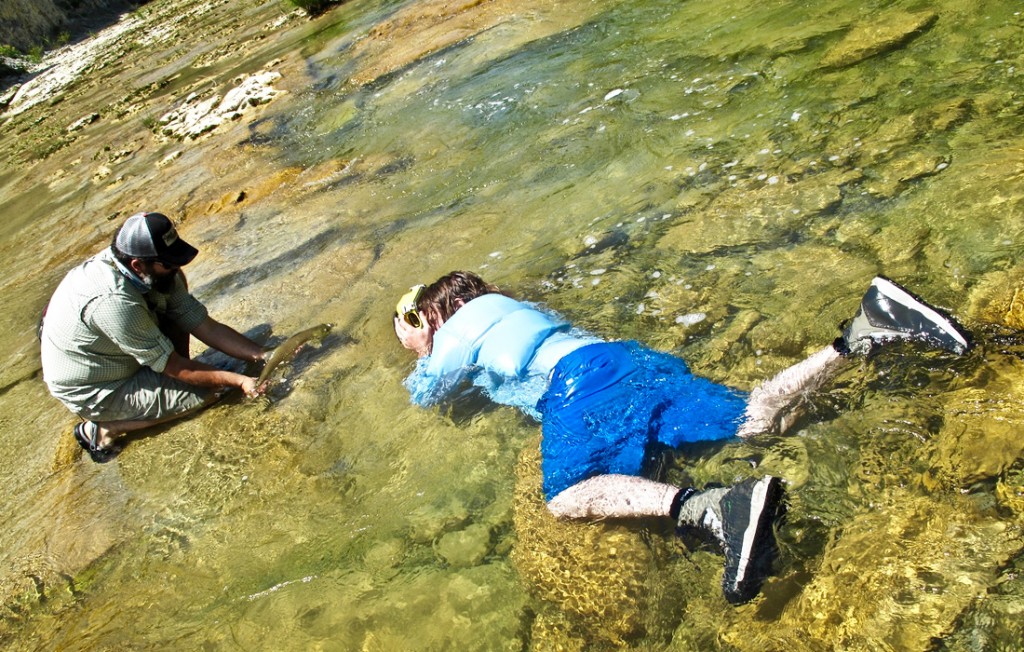