Here is the first interview of this year. You are going to have a nice surprise for the fans of the series…

Antti Kalske, 32, Superflies CEO. I live close to Helsinki in Finland with my “fiancée” and welsh corgi pembroke dog. As my day job, I’ve worked 10 years in Marketing and Communications roles in large corporations, currently as Brand Communications Manager at Cargotec. After work I try to keep Superflies up and running and also try to find time for fly fishing. 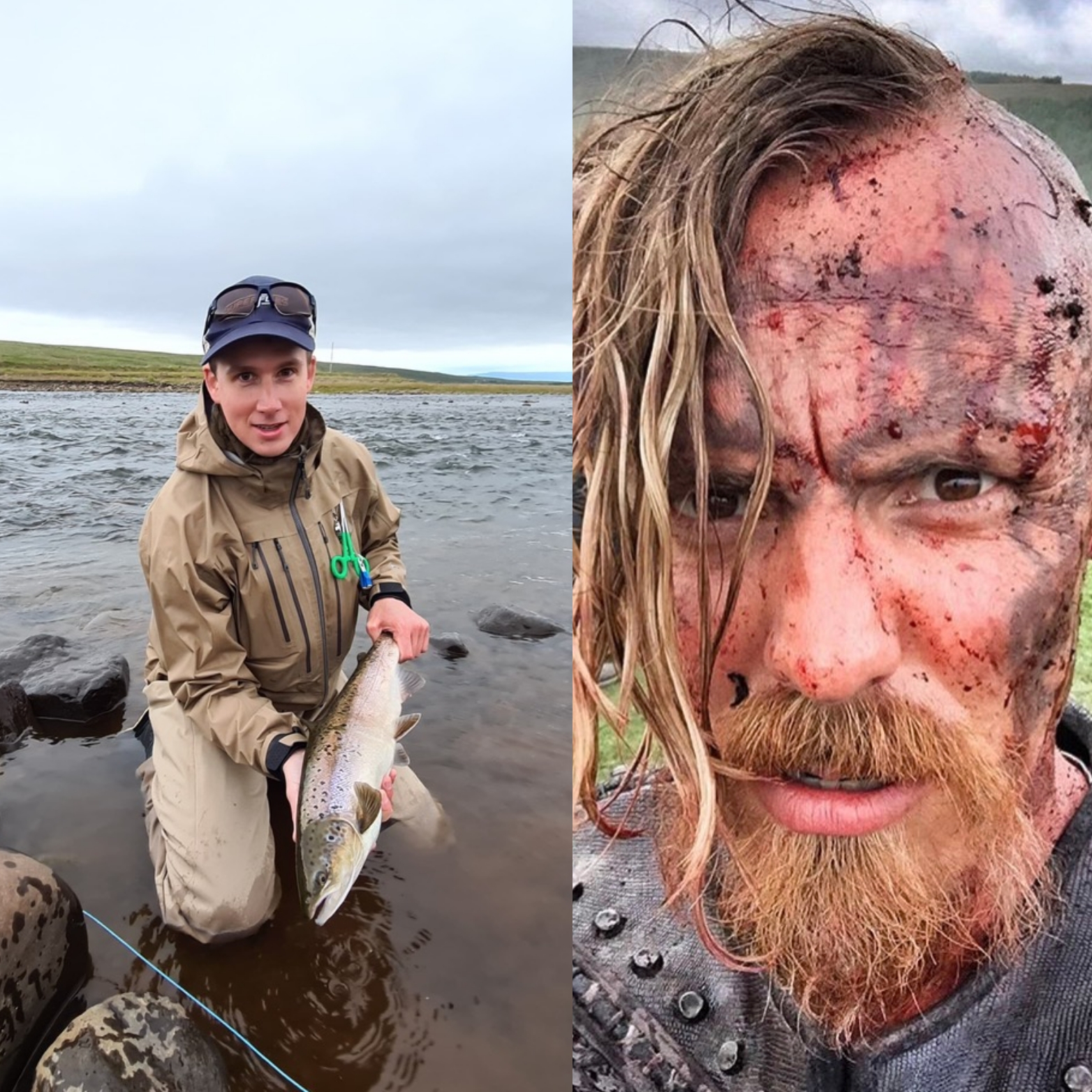 When and why did you decide to start Superflies?

Antti: Jasper and Tuomas probably know this story best but I believe it was related to getting frustrated with the quality of flies they were using

Jasper: I was in Thailand shooting a film with Spike Lee and visited some of Thailand’s best fly tying workshops. We signed a deal with the best of them and started Superflies.com to offer an extensive selection of fly patterns for salmon, trout and pike.

How did you decide to give back 1€ to charity?

Antti: Jasper can probably best tell this story as it was his idea!

Jasper: We wanted to come up with a charity campaign that shows that businesses can go the extra mile in their charity work. Many fishing businesses donate 50 cents or similar from a product worth 30 euros or even more, which is of course great, but we decided to donate our whole profit on certain fly patterns. And the organization we donate the funds to does amazing work in river restoration.

How did you choose the charity?

Antti: Virho, a Finnish non-profit organization restoring native fish habitats in Southern Finland, has a strong track record in reviving endangered salmonids, especially trout and sea-run brown trout. They can really make an impact even with a smaller amount of money, so we knew that helping them would also have guaranteed results. Jasper has worked with them in the past so he also knew the people beforehand.

You have worked with the charity, what are they doing? How did you discover them?

Jasper: I have personally donated money to the same charity for a long time. They restore endangered trout habitat with volunteer work force so the money goes directly to buying gravel to restore spawning habitat. 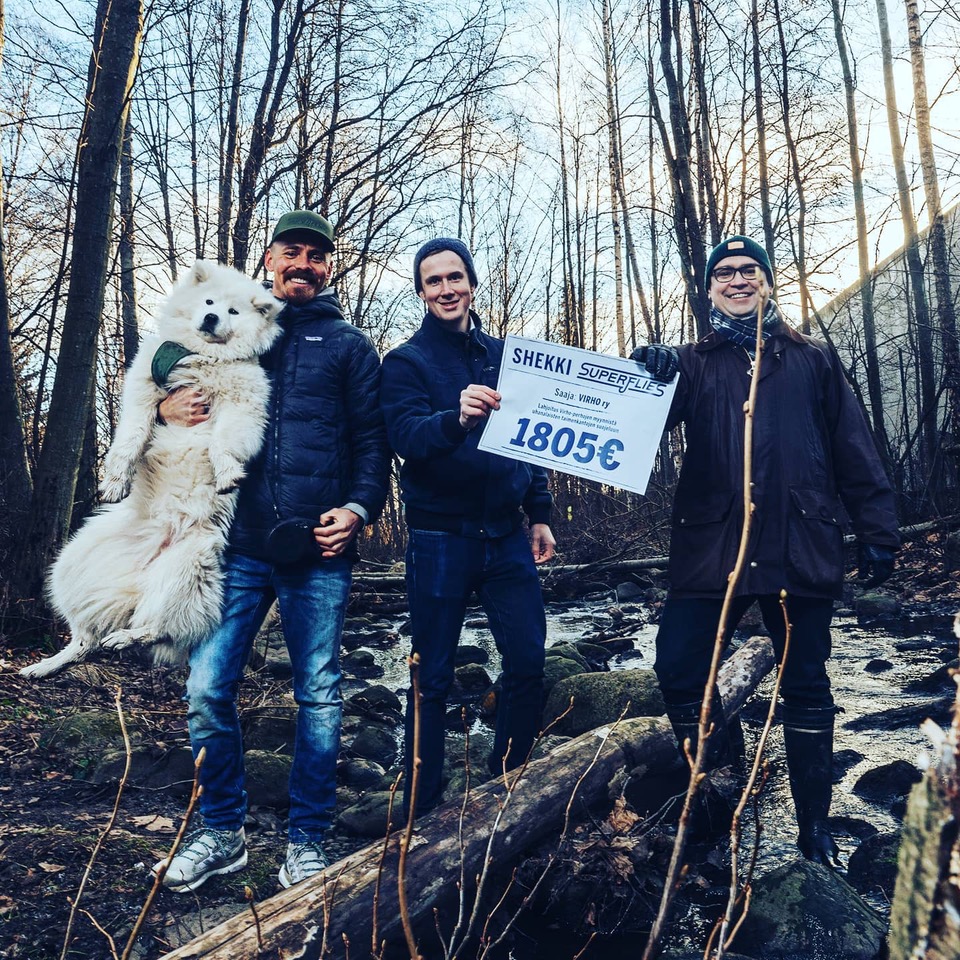 how did you choose the models that are part of the program?

Antti: If you are referring to the “Charity Flies“, I think originally Jasper got the idea when visiting one of the workshops we collaborate with in Chiang Mai, Thailand. He wondered what happens to the flies that don’t pass the high quality check standards due to minor blemishes (e.g. wrong color rib or slightly longer wing), but are otherwise top quality. He was sure that the fish wouldn’t mind those aesthetic flaws and it would be a shame to throw them away. He then came up with the idea of buying those flies and selling them for a much cheaper price than our standard selection for a good cause. Now we have almost run out of these flies but wanted to continue the campaign, so we decided to start adding new, 100% top quality flies added to our Charity Flies. The product description always indicates whether the fly is top quality or might have minor flaws.

What else can we find in the shop?

Antti: Over 400 salmon fly models (in reality much more, because in many cases each model contains many colors)! Now we have also invested in growing a broad trout/grayling selection – for example, Fly Fishing Team Finland (including silver medalist from FIPS-Mouche World Championships) have designed a nymph series for us that they will also be using in competitions. These custom nymphs will be available later this spring. Also, we have really nice pike and predator flies, Patagonia sea trout and chinook flies, a growing selection of coastal sea trout flies and actually one of our most popular categories is saltwater flies (everything from Alphlexo Crab to Magnetic Minnow). So pretty much everything you can imagine!

How fly fishing came into your life?

Jasper: I started fly fishing 30 years ago when I was 11-12. It’s been my number one passion ever since. I identify myself firstly as a flyfisherman, all other titles are secondary.

Antti: I had been spin fishing and bait fishing my whole life with my dad, since I learned to walk. Back in 2009, I had a summer job in one of Helsinki’s top fishing outlets back then – actually the same one where Jasper used to work as a teen. It wasn’t long before I had to try the fly rods we sold myself, and was hooked immediately. For maybe the first 5 years I only fly fished for pike in the Baltic sea, but then started going into other forms of it – maybe that’s also why double hauls are still by far my strongest casts.

What is fly fishing for you?

Antti: Both relaxation and adrenaline, as well as an excuse to explore nature. It’s incredibly calming to be outdoors and concentrate 100% on something as simple as getting the right cast or drift, emptying your mind from any other thoughts. Adrenaline in the sense that getting a good strike touches some primal instinct in a way that not many other events in life can match. 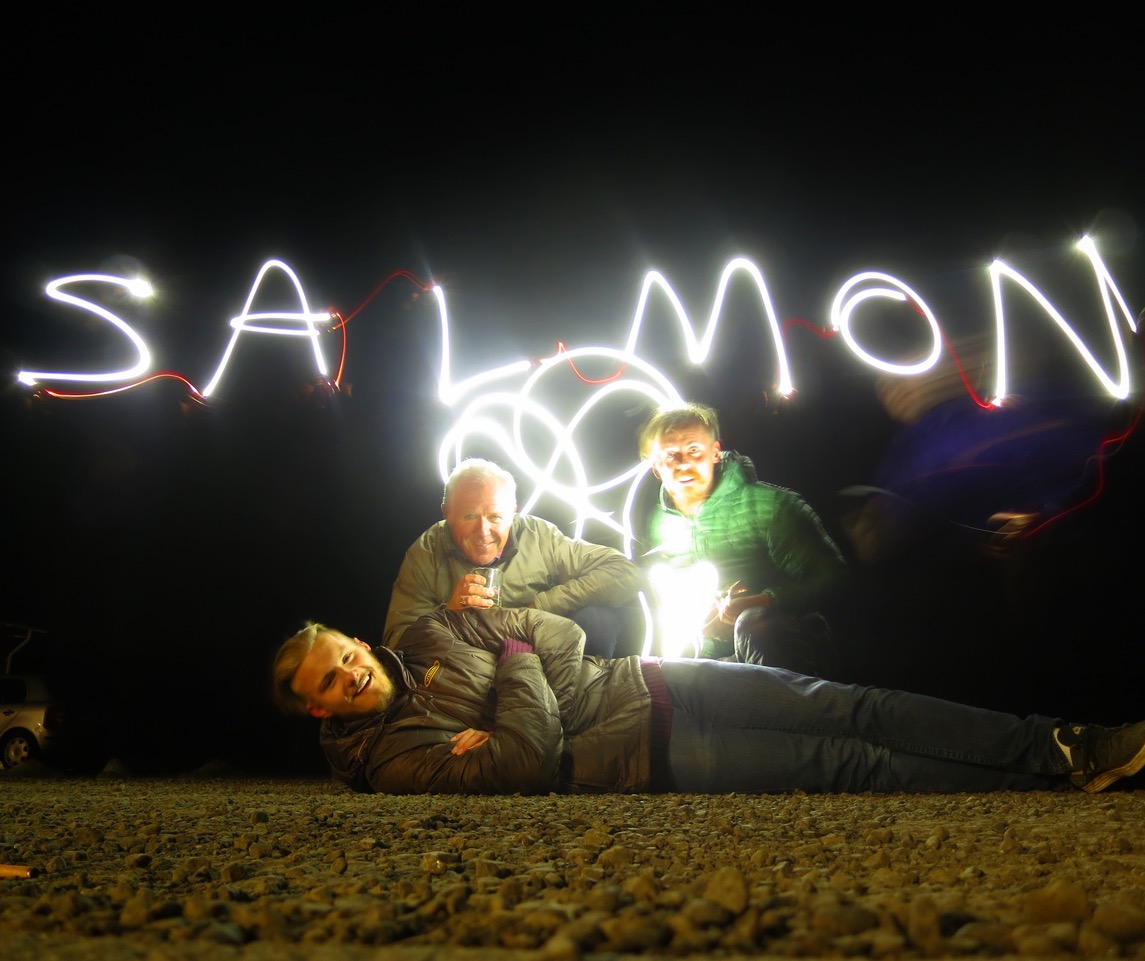 Jasper: besides flyfishing I love saunas, I am a Finn after all. When it comes to music, I listen to all sorts, but lately I’ve been playing a lot of Pink Floyd as well as dj sets from electronic music dj’s like Rampue.

Antti: Fly fishing of course! Or spending time outside in good company in general. Cross-country skiing, running and other sports, although more actively outside the fishing season. Acting as a dog dad, playing guitar and spending time with friends and family. Favorite music: “old” if you ask my fiancé – I’m mostly a rock-oriented guy, everything from Jimi Hendrix to early Red Hot Chili Peppers and Slightly Stoopid to Foo Fighters. Also need to give a special shoutout to my brother’s band Shiraz Lane (check them out!).