I sent an email to Cyril yesterday, it was a beautiful drawing of Vincent Van Gogh making peepee in his garden. “A very beautiful drawing” replied the old fart. “ In fact I was just about to ask if you would do a drawing to celebrate the 30 years of the Mouching. And if you could write a little story to go along with it, that would be great.” 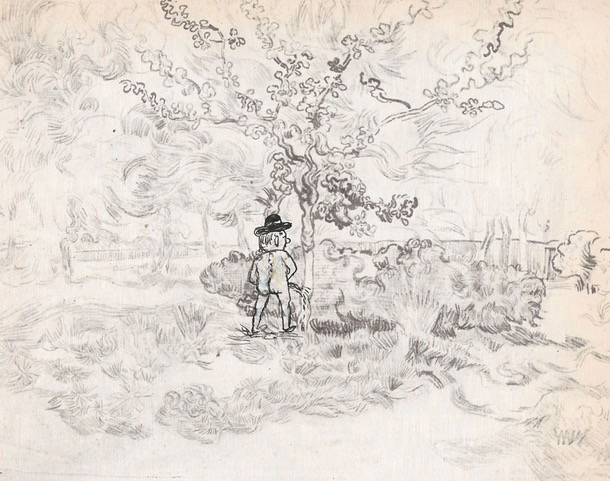 –  Can’t you ask Benoit de Vilmorin instead of me? The lucky bastard has more time than me, besides, I have to walk Zoe or she’ll shit on the rug.

–  Impossible replied Cyril, Vilmo and his wife are on their honeymoon in Colombia… Ah, the lovely Alyette, Vilmo’s wife is truly gorgeous!

–  OK I’ll try to write something, but I haven’t written anything in ages; right now I spend all my time drawing and coloring. The last letter that I wrote goes back two years; I threatened to sue my sister if she didn’t stop waking me up in the middle of the night trying to convince me to vote for Melenchon (Radical left wing politician).

OK, what can I write about? Maybe our trip to Belize?  Write about that woman with super long hair in her arm pits, the one who kept flirting with me. No, that wouldn’t be a good story.

Why not write about the time that Cyril and I paid to fish in an Ardechois pond that was crammed with starving, farmed, trout and we didn’t even manage to raise a single fish. Now, that would make a good story. OK, tomorrow, or maybe next week… I’ll give it a shot.

One afternoon I had had enough of pondering what to write about for the damned anniversary of the Mouching, so I grabbed my fishing rod and headed for the East River (I live in Brooklyn!) to fish for the famous (in the frying pan) Baby Blue Fish. I had barely launched my fly in the middle of plastic sacks and other marvels floating in the river when a young black, a real Beauty Queen, stopped next to me and watched me with a big smile that melted me like icebergs melt just thinking of climate change and makes you say dumb things like a dummy; she held the hand of a little brat.

“My son would love to see you catch a fish” she said.

Fifteen minutes passed and not a single rise.

“There’s no more fish left in this sewer!” I remarked to the Beauty Queen.

To turned to her son and repeated: “The fisherman said that there’s no more fish left in this sewer”.

“What do you think? That would make a good story, no?”

“Are you fucking with me?“Cyril asked. 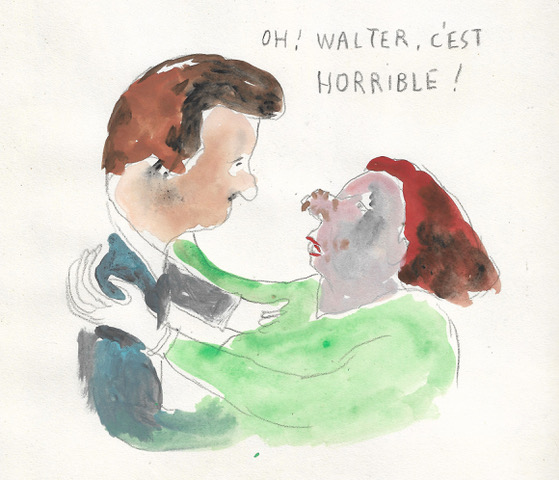