“Cooking and accompanying customers to the fishing at the end of the world or almost, in the middle of nowhere, 2h30 by boat from the first village…”. That’s what Aurélien, my guide buddy in Lozère offered me as a job for two weeks.

He told me “take time to think about it, blah blah blah…”. He had hardly finished his sentence that I had given him my “OK !!!!!” excited at the idea of going to fish Artic Char in a country where I thought I could never go and moreover with my buddy Aurélien with whom I get along very well. “You have to make breakfast and the evening meal. At noon everyone eats their sandwiches prepared in the morning. The rest of the time, you’re free! My eyes were shining!

Three days later, I bought my plane tickets and called my buddy Greg to set up a few models of flies to tease the Chars! Streamers, foams flies, parachutes… enough to motivate Greg to tie patterns he is not used to. But with his talent and his quality of assembly, it made the difference on the spot, believe me! 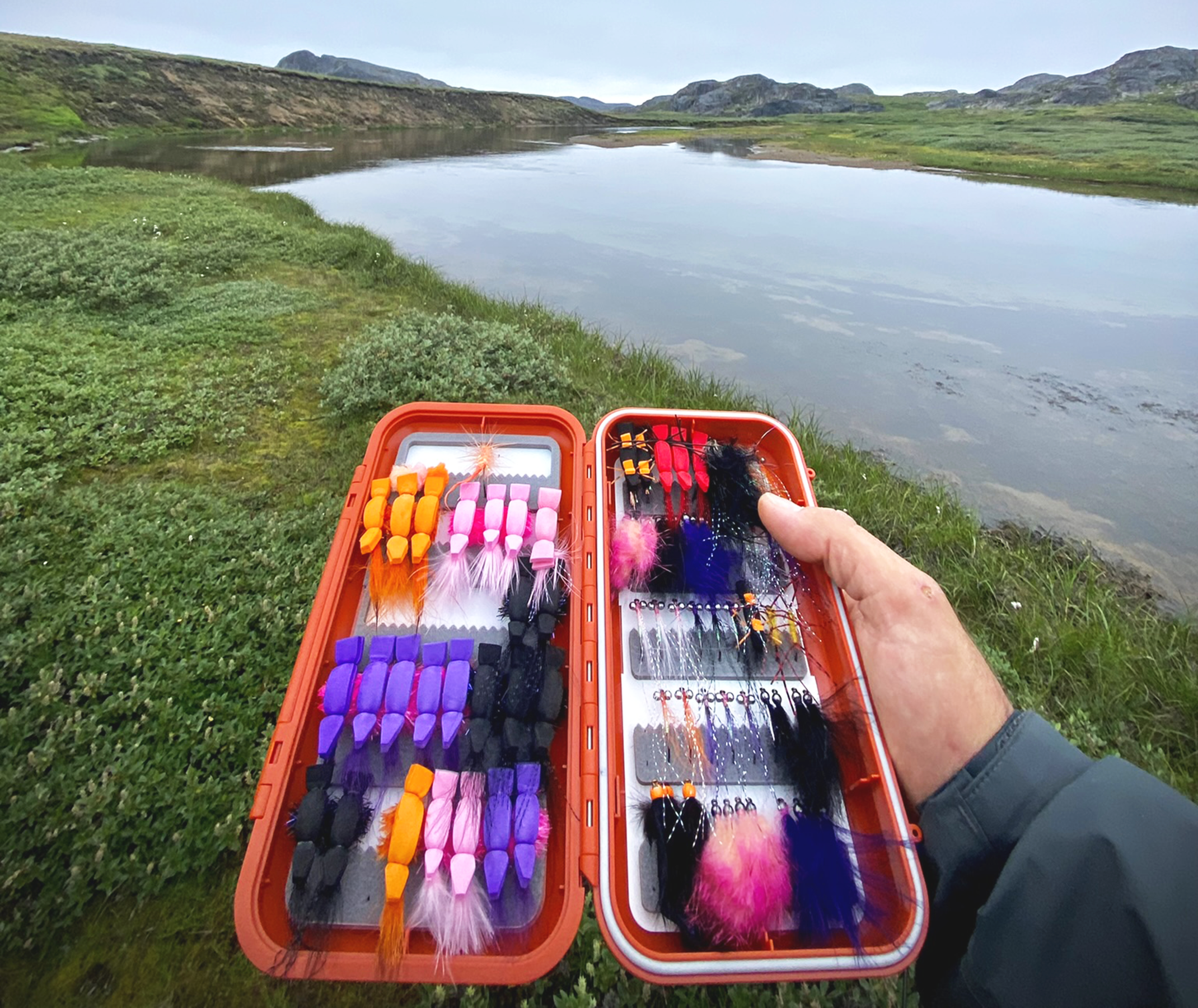 After several days of roaming between France, Denmark and Greenland, I finally arrived at the Erfalik Lodge, a superb lodge with all comforts, located on the banks of the Erfalik River. Damn this class! Never in my life I would have thought I could set foot in this kind of place… 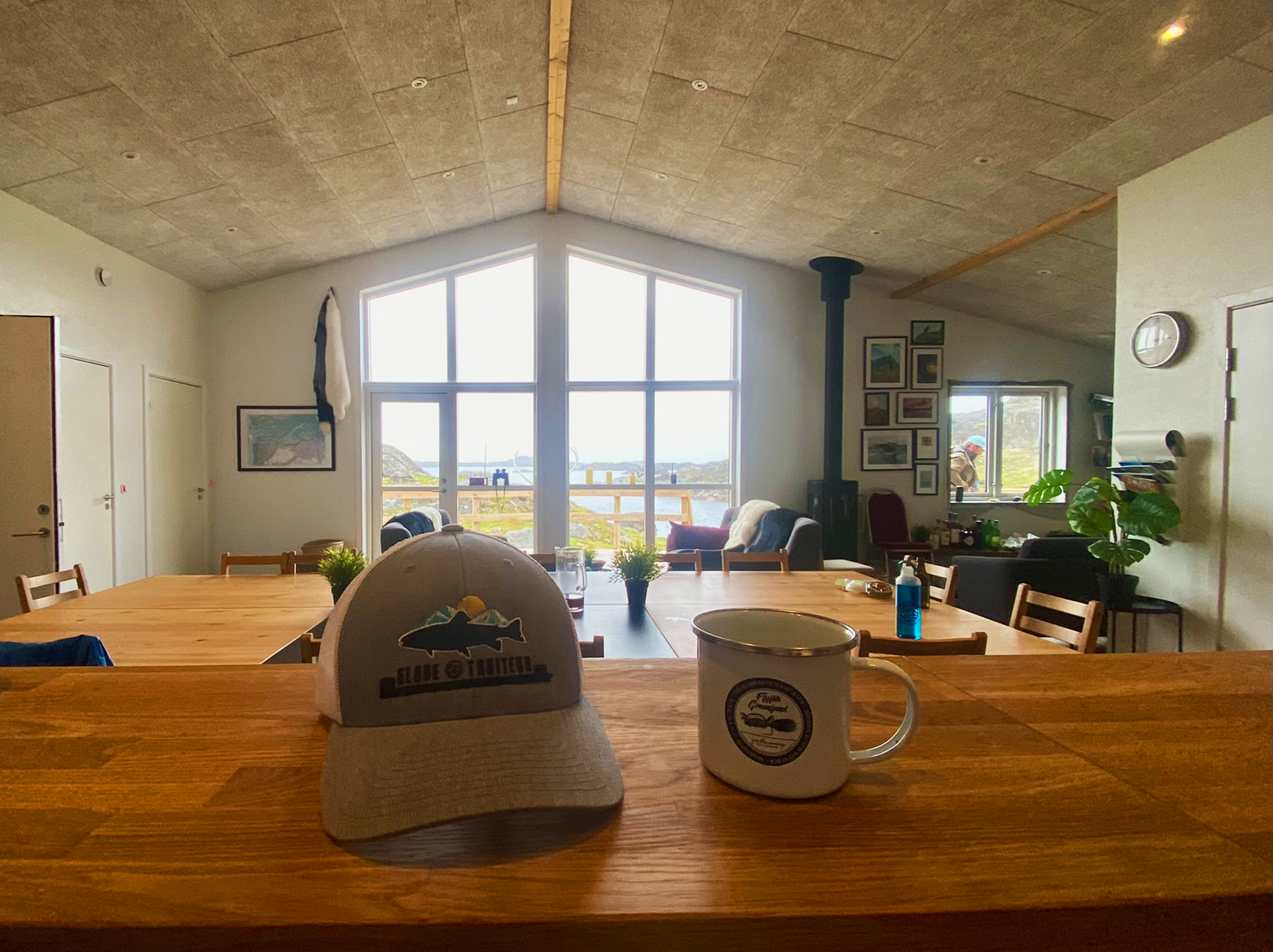 We make knowledge with the customers of the week. Super sympathetic Danes as well as Americans. I had felt the good group since the pier in Sisimut when we loaded our stuff as well as all the food and the rest for the week. From memory, 17 racks of 20 beers of 33 cl for eleven fishermen… I said to myself “These guys don’t go there to take themselves seriously! Bet won! Only very nice people. 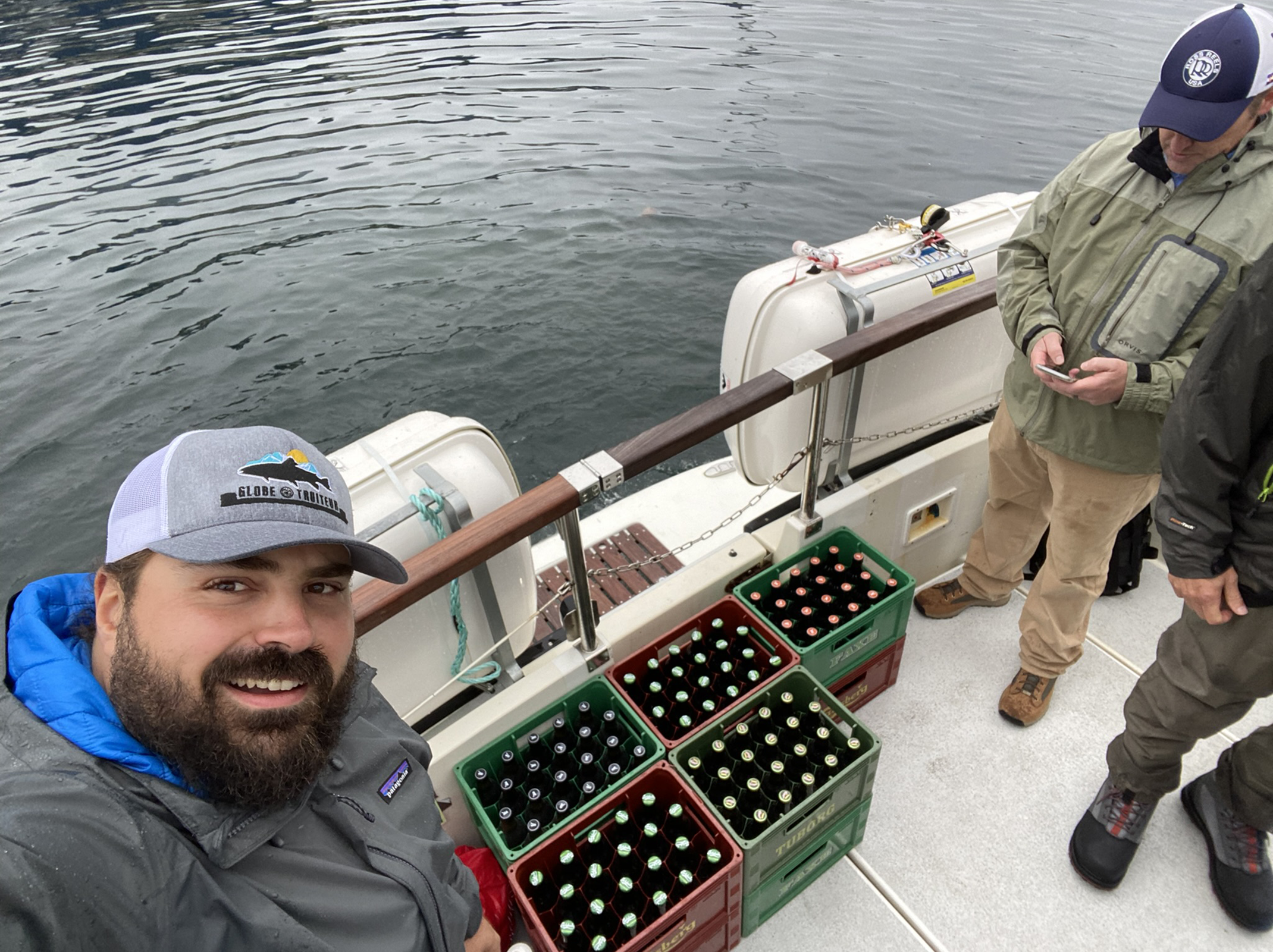 It is 5 pm when we arrive at the lodge. We settle down in our piaules, and Aurélien makes a briefing on the spots, the security, the fishing etc… He explains that the river forms two lakes before throwing itself in the sea, that the fish is present everywhere in the river and its lakes. A boat to cross the lake will leave at fixed times in the morning at 9:00 am and 9:15 am, and the returns are at 5:00 pm and 6:00 pm. If we do not take the boat, it is 50 minutes of walks through the swampy moor… For today, we stay around the lodge for our first contact with the river. As we are near the mouth, fishes are still silver color and have an incredible energy! I would put quite a lot of fish in the dry in little time with a streamer or nymphs, but nothing extraordinary apart from the joy that gets me the first Artic Char in a decor as grandiose as Greenland offers.  Tomorrow morning the serious things begin! 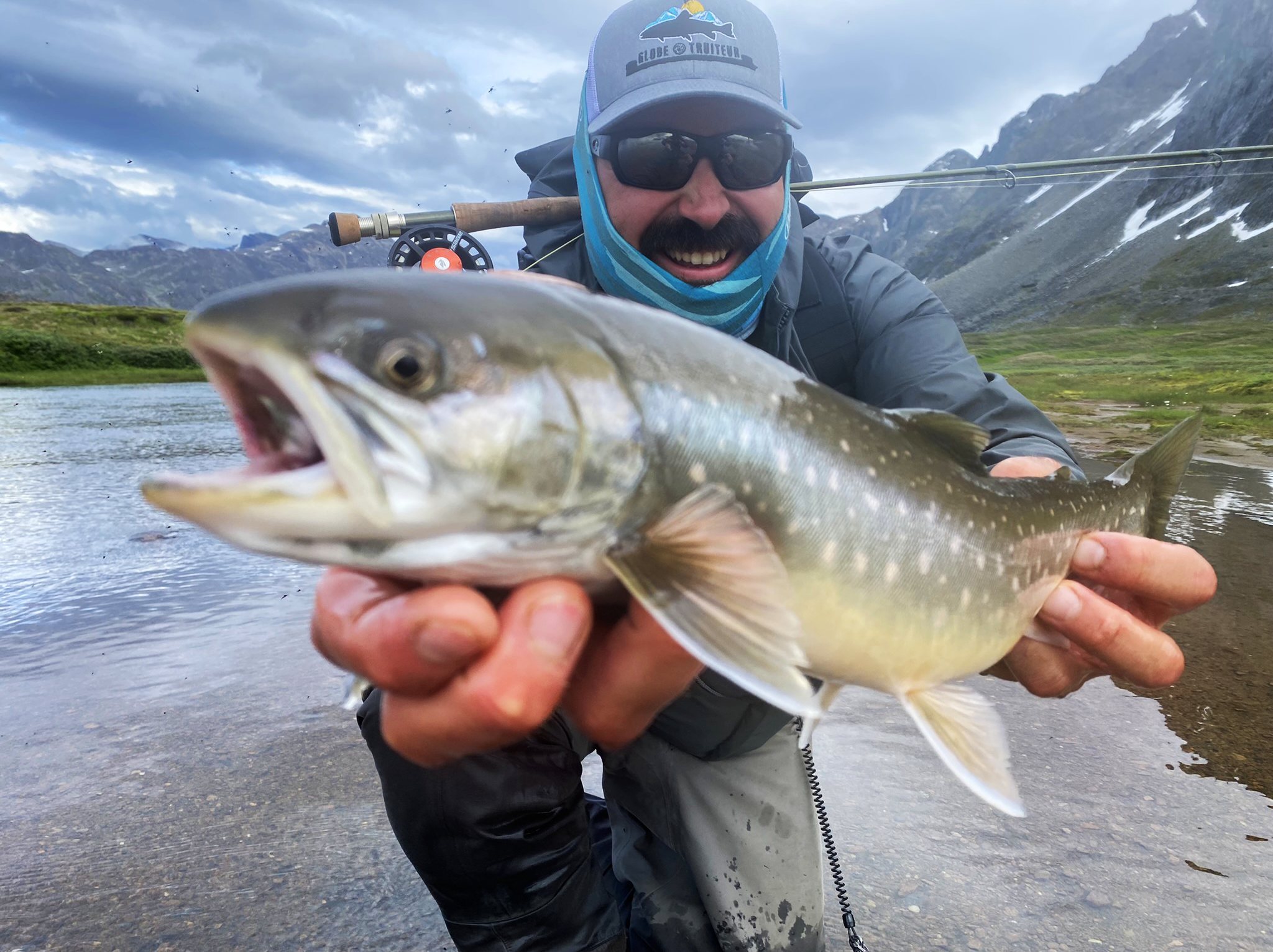