We decided to renovate our ruin, an ancient house for slaves, rotten to the core, bordering the Roundout Creek and hidden deep in the forest in the Hudson Valley, just 2 hours from New York City. The house was a real disaster. Anyone else would have taken bulldozer and demolished it in one fell swoop; but we were totally in love, so the charm of this pigsty dazzled us. I confess that the placement could not be more romantic. On one side of the house were traces of the ancient Delaware & Hudson Canal and on the other side, the terrace overlooked the Roundout Creek. It was 20 minutes by canoe to our nearest neighbors, a delicious couple of retired Brits. 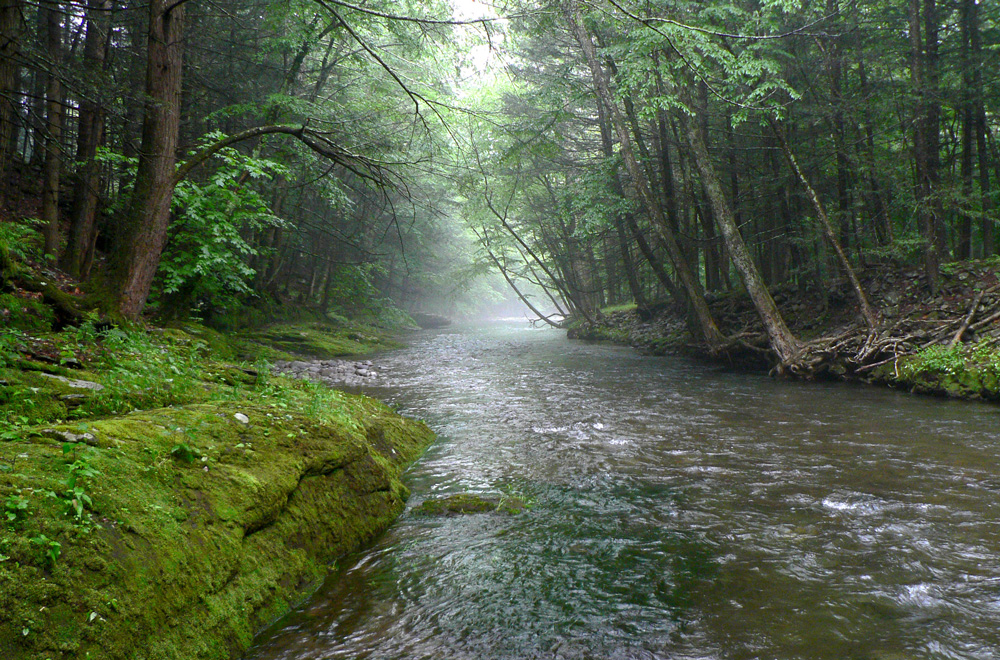 At the time, our bank account was as flat as the Beauce plain and to survive we crossed the river to pinch fresh corn from the big field in front of us and ate the fish that I caught. Black-bass for the most part, that I cooked in every which way imaginable. That’s how we lived: nude, in that small clearing, fucking like rabbits and laughing like Hyenas. I painted in the attic; big paintings impossible to sell and I dare say that it all seemed like paradise, the original Eden. At night, on the terrace that dominated the river we gorged ourselves on sweet, tender corn and tossed the munched ears into the water, then giggled with joy on hearing the enormous carps, we could see their backs, reveling in our leftovers.

One day Puanani, my fantastic wife, announced that friends from New York were coming to visit the “savages” and stay for dinner. It would be nice if you could make us one of your bouillabaisses, she said. (It’s rare to live with a woman who sends you out to fish!) No sooner said, then I was out searching for big larvae that the people here call “Hellgramites”; they are supposed to be “the very best for black-bass” and in no time there I was, like the Pope in the middle of the Roundout.

Just after the big bend I knew a great spot and what’s more I pulled in fish non-stop. The line tensed, I hooked, and the creele continued to fill up with these magnificent green and gold fish until the apparition that, many years later, continues to haunt me…  twenty yards upstream from me stood an enormous deer. One of those mythical beasts that you see in religious books with things that shine between the branches of his antlers, crucifixes that throw sprays of gold and Saint Hubert on his knees with cherubs blowing horns.

Impossible to look away from this animal, his muzzle that quivered, his muscles tensed and his look of a prince in a fairy tale. And it lasted, it lasted… it lasted forever, for at least 30 seconds he looked at me without moving and nothing else existed, just this animal and me. And then, slowly the magic faded. I breathed again, the beast continued on his way, crossed the river and disappeared into the brush.

I think that was the only moment in my life when I almost became a believer. 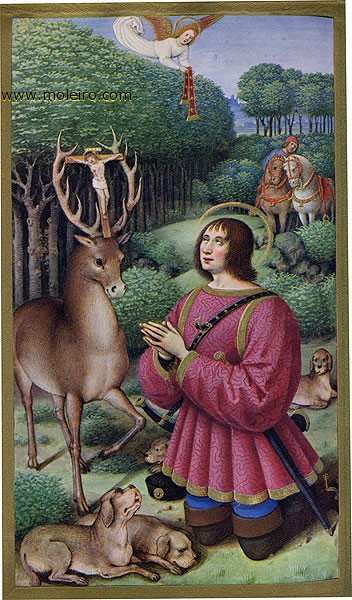