In France, January rhythms with “rentrée littéraire”  (literary season).  It happens twice a year, in January and in September (the Autumn literary season). It’s huge, the latter one is the biggest with an average of over 500 new books released.

All the books I will mention are coming out now or in the next few weeks in France.  And all these books have been released prior in the U.S since they were all written by American authors. You may have read them already, but who knows ? 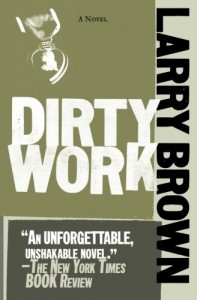 Dirty Job was published in 2007. Dirty Work is the story of two men, strangers—one white, the other black. Both were born and raised in Mississippi. Both fought in Vietnam. Both were gravely wounded. Now, twenty-two years later, the two men lie in adjacent beds in a VA hospital.Over the course of a day and a night, Walter James and Braiden Chaney talk of memories, of passions, of fate. With great vision, humor, and courage, Brown writes mostly about love in a story about the waste of war.

I have so many books of Larry Brown but this one was never translated into French. The reviews make me feel I could have read it in English if I had heard about it before. You can find it at a tiny prize on Amazon.

“The writing, the characters, and the plot are so compelling that you can’t help but stay with the book until its conclusion.” ―Washington Post Book World

“There has been no antiwar novel . . . quite like Larry Brown’s Dirty Work.” ―The New York Times 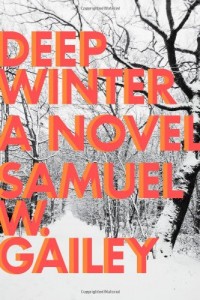 I was going to mention the second book of Samuel W.Gailey, translated into French and coming out this week but it isn’t available on Amazon or Barnes & Nobles.  I have no idea why. So, instead I’ll speak about his first book, which I own and still have to read, Deep Winter.

In the small town of Wyalusing, a woman is found brutally murdered one winter night. Next to the body is Danny Bedford, a misunderstood man who suffered a tragic brain injury that left him with limited mental capabilities. Despite his simple life, his intimidating size has caused his neighbors to ostracize him out of fear of what he may do. So when the local bully-turned-deputy discovers Danny with the body, it’s obvious that Danny’s physical strength has finally become deadly. But in the long, freezing night that follows, the murder is only the first in a series of crimes that viciously upset the town order–an unstoppable chain of violence that appears to make Danny’s guilt undeniable. With the threat of an approaching blizzard, the local sheriff and a state trooper work through the predawn hours to restore some semblance of order to Wyalusing. As they investigate one unspeakable incident after another, they discover an intricate web of lies revealing that not everything is quite what it seems.

With echoes of Scott Smith’s A Simple Plan and Tana French’s In the Woods, Samuel W. Gailey’s Deep Winter is a richly atmospheric and ingeniously plotted debut, surprising to the final page. It’s impossible to escape this bone-chilling story of deception, where the truth is uncertain and something sinister lurks just below the surface. . .

Okay, you’re right, why I haven’t read this book yet ? Good question. I shall soon fly and it’ll be a perfect time to read it ! 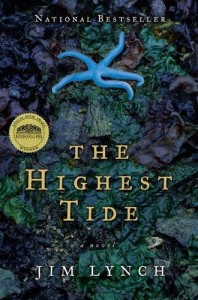 This one dates back to 2006 and it still sounds really good ! Do you know Jim Lynch? Because I don’t and I’m curious about his work.

One moonlit night, thirteen-year-old Miles O’Malley, a speed-reading, Rachel Carson-obsessed insomniac out looking for tidal specimens in Puget Sound, discovers a giant squid stranded on the beach. As the first person to see a giant squid alive, he finds himself hailed as a prophet. But Miles is really just a kid on the verge of growing up, infatuated with the girl next door, worried that his bickering parents will divorce, and fearful that everything, even the bay he loves, is shifting away from him. As the sea continues to offer up discoveries from its mysterious depths, Miles struggles to deal with the difficulties that attend the equally mysterious process of growing up.

“An irresistible coming-of-age fable, dappled with lyricism, briny honesty and good humor. It’s as if Carson herself (or, say, John McPhee) had turned to fiction, bringing an exacting sense of the ebb and flow of nature to the story of one largely unsupervised boy and the exploration of his surroundings.”-Los Angeles Times

It’s available on Amazon for a tiny prize 😉 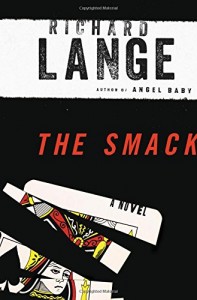 At last, a book which hasn’t been translated yet, but I loved the author’s short stories collection so I really want to read it, and I have ordered it (my sister lives in NV and is coming in a month with this book in her suitcase). The book has come out in July of 2017 and Richard Lange rocks !

Rowan Petty is a conman down on his luck. He’s flat broke, living out of cheap hotels, and wondering how it all went wrong. His car quits on him in Reno, and he takes a job there on the bottom rung of a lousy phone scam. When he’s not swindling lonely widows, he tries to turn nickels into dimes at the poker table. One snowy night, he crosses paths with a sweet-talking hooker who’s tired of the streets, and sparks fly.When an old friend of his turns up spreading a rumor about two million dollars in army money smuggled out of Afghanistan and stashed in an apartment in Los Angeles, it seems like a chance at the score of a lifetime. So Petty and the hooker head south, and straight into trouble. A wounded vet, a washed-up actor, and Petty’s estranged daughter are all players in the dangerous game they find themselves caught up in. For the winner: a fortune. For the loser: a bullet to the head.

Propulsive, suspenseful, and written with a searing lyricism, The Smack shows once again that “Lange is a writer firing on all cylinders who belongs in the top tier of novelists working today” (Omaha World-Herald).

“That rare thriller that will jack your pulse even as it breaks your heart.”–Adam Sternbergh, author of Shovel Ready

Have you read it ? If so, did you like it ?  Available on Amazon.