It will soon be the opening day of pike fishing!! and for those who want to discover pike fly fishing, here is a rod that you will will surely find interesting, to start with a good gear, without being ruined. 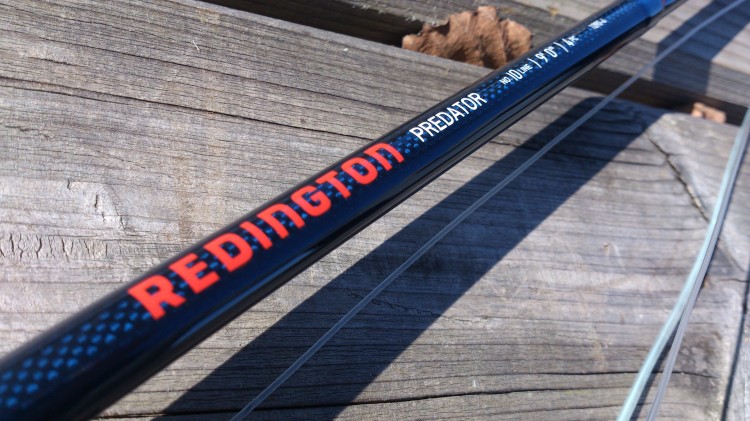 With its pretty little name, Predator, this rod series signed by Redington has clear ambitions : fish for big predator fishes, in saltwater, but of course for pike. Pike, with big flies. That’s cool, we love to do it.

The rod has a nice look, simple but cool, with a night blue colored blank, and a red signature. It has good quality equipment (rings, reel seat, handle), and is saltwater treated. Quite light for its price, with only 127g. It comes in a cordura tube. 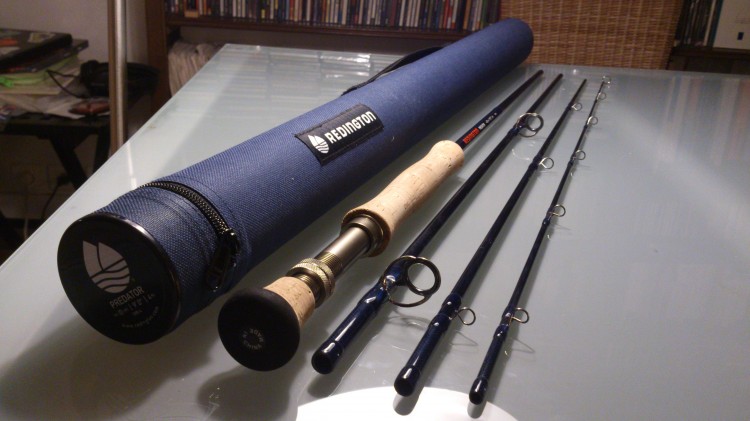 The action of the Predator is typically adapted for casting big flies : a medium-tip action with a very powerful butt. On the pictures, we see the the rod tip in action first. When we pull on the rod, the upper half of the rod shows a nice curve, with no stiff point. The butt doesn’t move. When casting, we denote some vibrations if we cast too fast, but with the right rythm this small problem is no longer one. 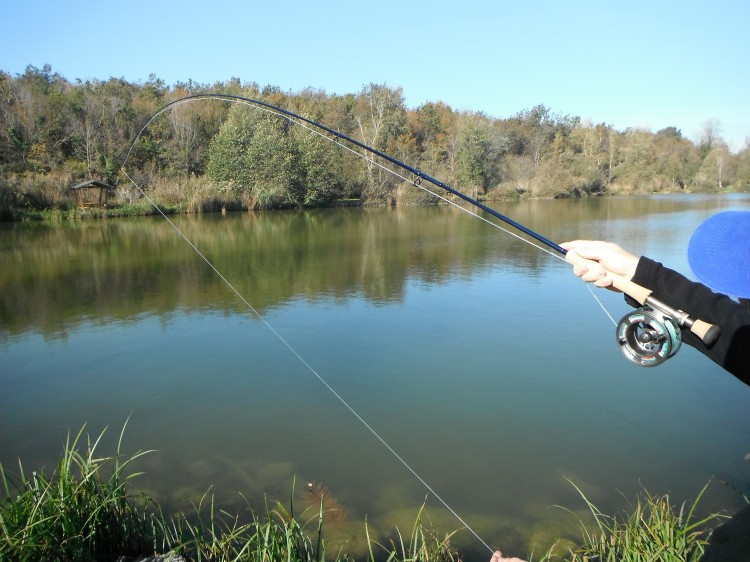 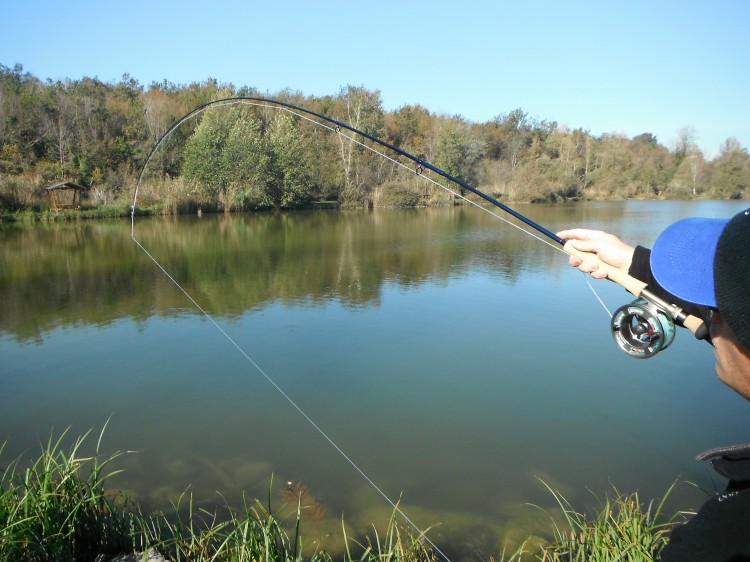 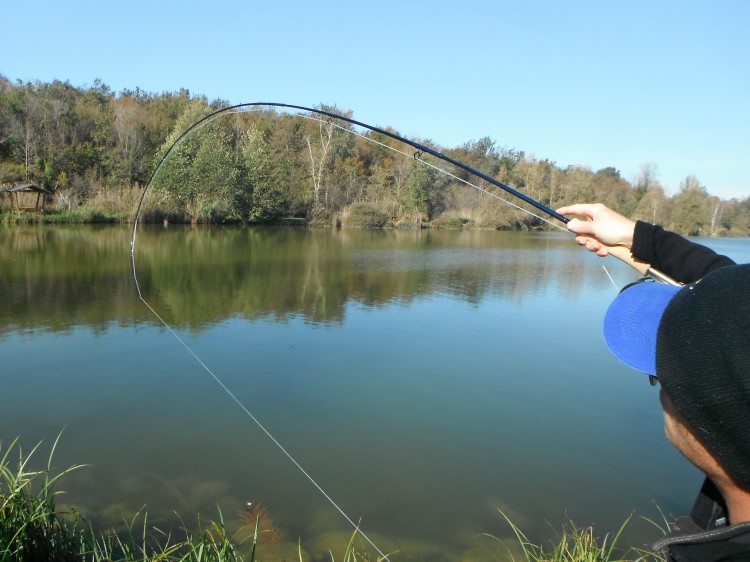 With a pike fly 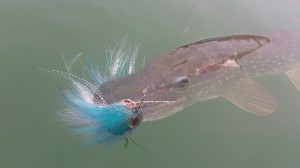 If it casts without any probleme the normal size streamers (smaller than 6/0), it’s with the big buddies that it is really awesome. Because of the volume of the big streamers, and despite the heavy flylines we use, we have to push strongly on the rod to cast them at long distance. And that is something the Predator can handle brilliantly : we can push hard on it, and never feel any weakness. The upper third fully loads, the transition between the tip and the butt absorbs the shocks due to the heavy flies, and the powerful butt faces any cast. It loads like a bow, and throws the flyline like an arrow. We have the feeling that this rod is unbreakable, and for muscled fishing like pike on the fly, it really gives confidence. Notably in a strong wind, it is possible to cast a big streamer efficiently.

A true pike rod, with an action developed to fish big bulky flies. A successful new series for Redington. At this price, it is a reference in terms of action, for the fisherman who want to invest in a #10 without being ruined, and who can count on a really good rod. Redington Predator 9’#10 4 piece 249,95$