That morning was certainly one of the most beautiful mornings of the day. The reason being that I was in my river, my docile flyrod in hand and two voluptuous nymphs hanging by the neck at the end of my line. Another reason (and not the least) was that a colony of vacationing Barbell, of a respectable size, had a ferocious desire to make it with these nymphomaniac nymphs to start their dinner. And not a single canoe or kayak in sight.

And on this magnificent morning everything was perfect and to top it off I was able to splash around in my dear river. I was swimming in the saintliness of nirvana when my left eye (politically correct) was attracted by two white forms coming downstream towards the water’s edge. What I had taken at first for two human size bottles of milk, was in reality two young girls wearing white floaty dresses. (With age one often confuses things!) 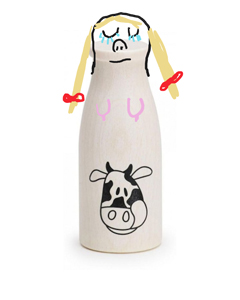 Cautiously and emitting little cries of timid Jihadistes, they had entered the water with the intention of crossing the river.  My finely tuned ear discerned that these creatures were from the region of Bad Wurttenberg and on adjusting my eyeglasses I saw that one of them was of an disturbing corpulence with a face of a garage, while the other one, although a bleached blonde, had a pretty little face and a body that one often sees in magazines like “Fashion and Work” on the page: “get a beautiful body before summer”.

Prudently they advanced toward me, deliberating over the least dangerous rock to light upon.

“We’ll probably break our necks on these fucking rocks” they said in their Haut-Rhine language.

Of course I intervened and proposed, with the french gallantry that the world envies, to guide them to terra firma.

The blonde (let’s call her “Gretchen” and let it go at that) declined my offer with a smile (Ah… the perfect teeth that she exhibited; the most beautiful pot of yogurt couldn’t compete with their whiteness); they continued on their perilous journey. 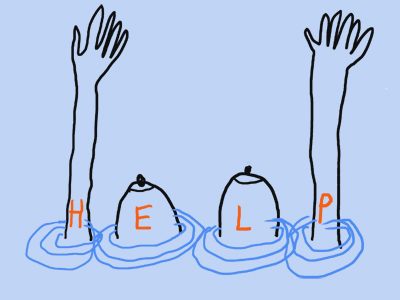 A second time I intervened, to put them on their guard: “Be careful, lovely teutons, just a few meters from where you are there is a deep pool which, while more modest than that which you would encounter in the Indian Ocean, is nevertheless quite dangerous.”

The two saxons held their heads high, shrugged their shoulders mentally, as only the blonde germans can do, and continued on their way.

As you know dear readers, I never lie, the all-powerful god be my witness! But these two young featherbrains couldn’t perceive that and, as I forewarned them, the blonde (the pretty one) sank like certain distracted anvil can sink. She reappeared before I even had a chance to think of saving her and threw me a big smile while spitting up river water, in general something difficult to perform, but not for this ravishing blonde.

But my breathe was taken away when, like magic, the vaporous white dress stuck to her back revealing a divine posterior covered by a mini string of brazilian origin. Of this modest posterior covering, the only thing visible was the timid elastic around her waist. The part inferior, perhaps because of the current, was profoundly incrusted in a zone of obscure desire and of course it’s invisibility to the naked eye rapidly excited my young wolf libido.

Fishing for Barbel under these condition makes absolutely no sense, trust me. The most sexy nymph is no match for the torrid erotism of young German derrieres.

This led me to think that in 1939, if that jerk Adolf, instead of sending divisions of Panzers and other repulsive armored grey things would have sent, instead, regiments of blondes like this one, whose ass I could briefly admire, I know few of my fellow citizens who wouldn’t have become, on the spot, frenzied collaborators. 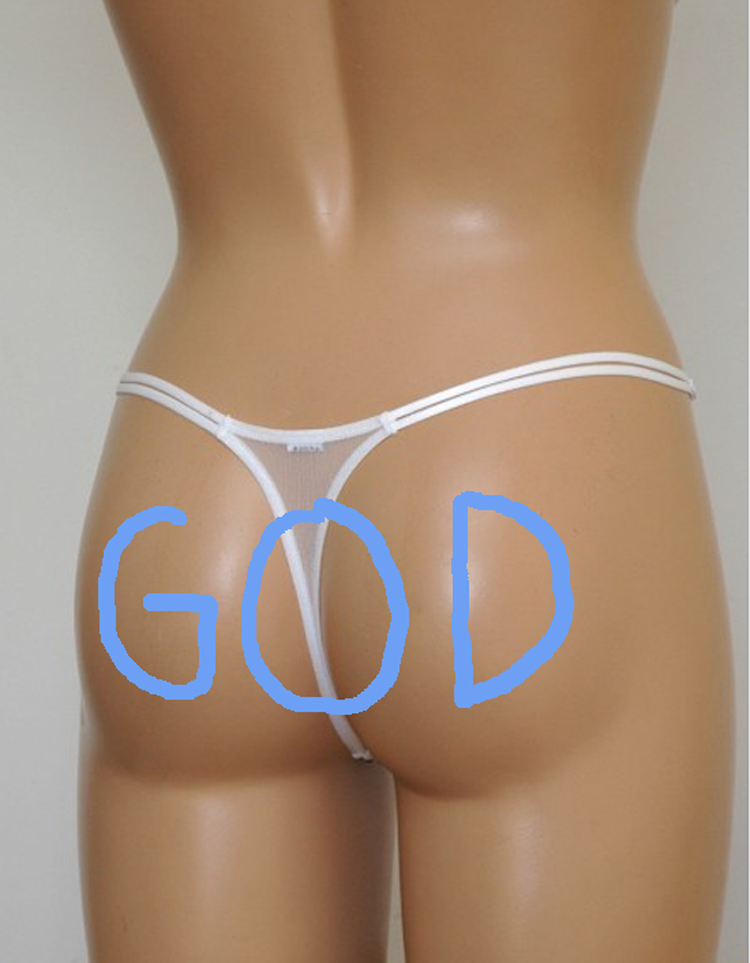