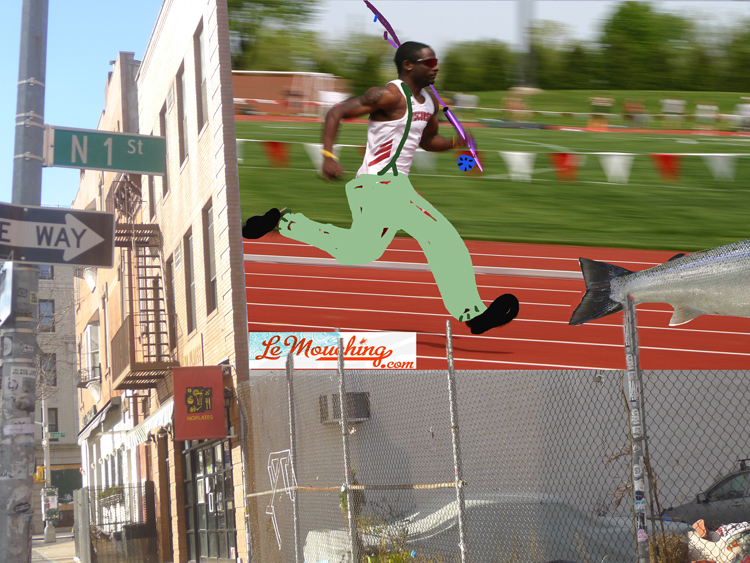 In October, in New York, it can still be summer. The leaves of the trees turn red like the cheeks of lady bugs, the girls offer us their tanned legs and when they ride their bikes down Bedford Avenue, one wants to install oneself  on the sidewalk in a chaise long, to comfortably watch them pass.

On one of these magnificent days, Herman, my good Puerto Rican friend,  made me an irresistible proposition.

“OK Fleche… go and get your fishing rod and we’ll head out to Jamaica Bay on the Metro.  I know a spot… and this is a spot where even Junior never tossed in a line.”

You can imagine that I didn’t hesitate and less than 10 minutes later I was waiting at the corner of Bedford Avenue and North First Street with a fly rod under my arm and all of the stuff that goes with it.

But I wasn’t the only one at the rendezvous. There as well were black clouds (enormous clouds) announcing those furious Indian Summer storms! The first drops started to pound the visor of my baseball cap, PLOUCK!

Herman and I protected ourselves under the awning of the Korean corner market thinking, naively, that the storm would pass, like swans pass.

Herman is a nice guy, but when he starts to talk, even a loaded Kalashinkov couldn’t stop him. Like the rain furiously pelting Brooklyn, the tongue of Herman is inexhaustible.

“Tell me Herman, what if one drives to Jamaica Bay instead of taking the Metro?”

To plug in my friend to his car was a big error on my part. His rotting car, covered with a tarp that is even more rotten is, without contest, his favorite subject. 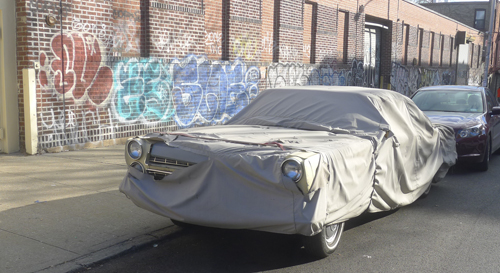 He can talk of his love for the 1972 Lincoln for hours. The new carburetor that he just bought from a garage in Kentucky, the arm of the wind screen wiper, an original, that he bought for peanuts from a widow in Montana… Impossible to stop big Herman. Never the less, he stopped with: “No, Fleche, the water pump is cracked. I guess that we’ll have to wait here until the rain stops. It should clear up soon.” he said, blinking his eyes at the sky, that was as black as the ace of spades.

“And did you see what those fucking cops did last week?  They knocked off another black guy in the Bronx. OK, it’s well known… the guy was a heroin dealer and had pulled out a rod… But still! Look, you know me Fleche, I was a drug dealer too. Listen, you have to make a living! I even did 13 years in the slammer. It’s true that at that time I wasn’t exactly a “NICE BOY”.  You didn’t have to go far to trip my wire!”

Dear readers, I realize that I forgot to paint you a picture of my friend Herman and that is unpardonable. How can I say this… he resembles Bluto, the bearded character in the “Popeye” comics, but bigger. 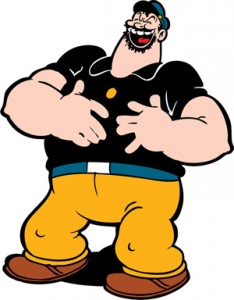 He is a head taller than everyone and when he smiles it is concentrated sunshine; but when his eyes narrow and pierce you, you had better be ready to get outta there before you find yourself in the hospital.

“My daughter and me, we haven’t talked for ages. She’s a real little bitch,  always screwing things up at the house and she goes ballistic when she sees all the little chicks on Bedford who hit on me to buy drugs. Maybe it’s jealously! Who knows?”
“Did you know that last week she asked her boyfriend to come over and beat me up. When he rang the bell, the super at my building, who’s a good friend of mine, asked him: “What do you want with Herman?”
“I wanna break his head open!” he blurted out.
Well, my pal went down from his apartment and broke the guy’s jaw with a direct left hook.

As the rain was not stopping, we abandoned the idea of vexing the fish in Jamaica Bay. As a parting shot Herman, with his movie star smile, called out:
“Fleche! When you’re in France in the summer, don’t worry about anything. I’ll keep an eye on your apartment… it’ll be safe!”

Herman will keep his word, of that I am confident. 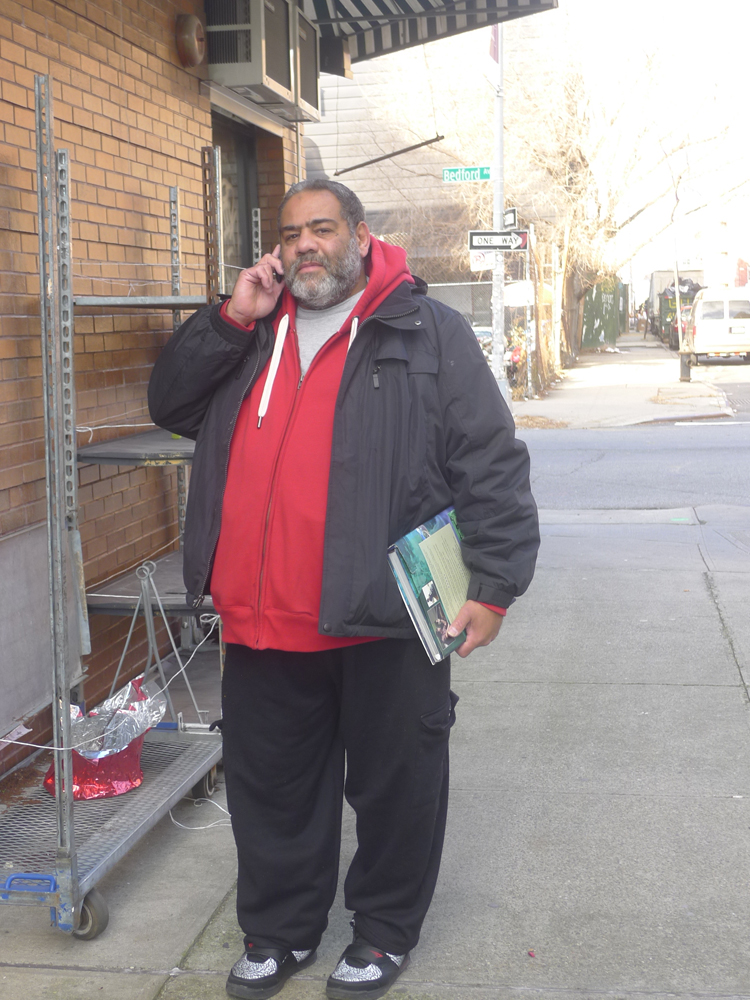