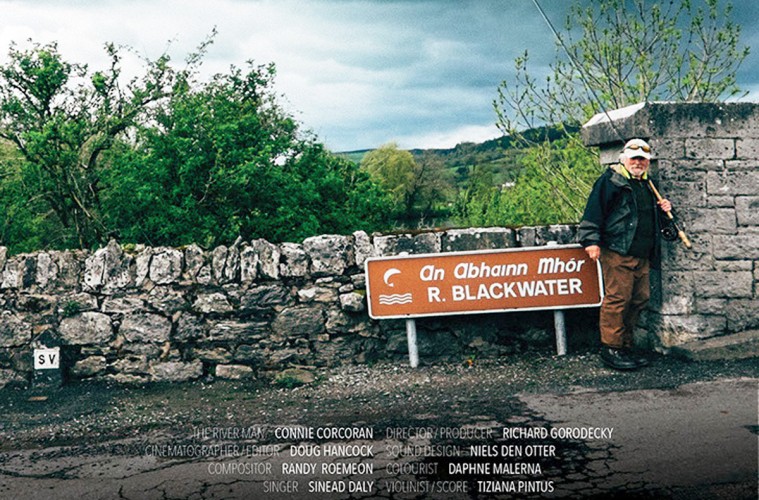 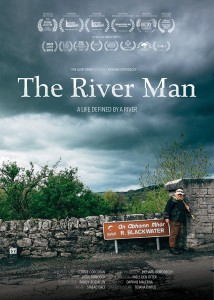 It always starts this way Why would’nt we go fishin gin Ireland?  It’s exciting, cheaper than a lot of places, they speak english, they have beer, trout, salmon and pike eve striped bass! As you’re reading that sentence I see your face is changing, you’r getting all excited! Well there is a film you HAVE to wathc and it’s the film we’re talking about here, it’s much more than a ordinary fly fishing film, it’s about the love of a river, the love of a man to “his” river, the Balckwater, and that man is the guide is Connie Corcoran and it’s not a very happy story, because it’s the story we all know about and we’re fearing it’s going to happen: there are less and less fish in our rivers! No matter where you are, we’re talker migratory fish here. The plague is worldwide. The River Man, is the story of Connie Corcoran, shot by  Richard Gorodecky, it won as many prizes as you can catch trout on your childhood stream, and regarding documentary awards, let say the british know what they are talking about! So if you want to have a cleraer idea, rent or buy the film! Every cent from it will be nvested in another film! It’s worth buying it!  The River Man, a film by Richard Gorodecky.

The River Man from RICHARD GORODECKY on Vimeo.