El Mouching
ARTEL MOUCHINGNATURETRAVEL0 Comments
At the time (it was along time ago, I still had hair then), the little village of Puerto Escondido in Mexico all the way down on the Pacific coast, was a little nothing place frequented by a handful of blonde surfers and 2 fishermen: my friend Ethan W. and yours truly. 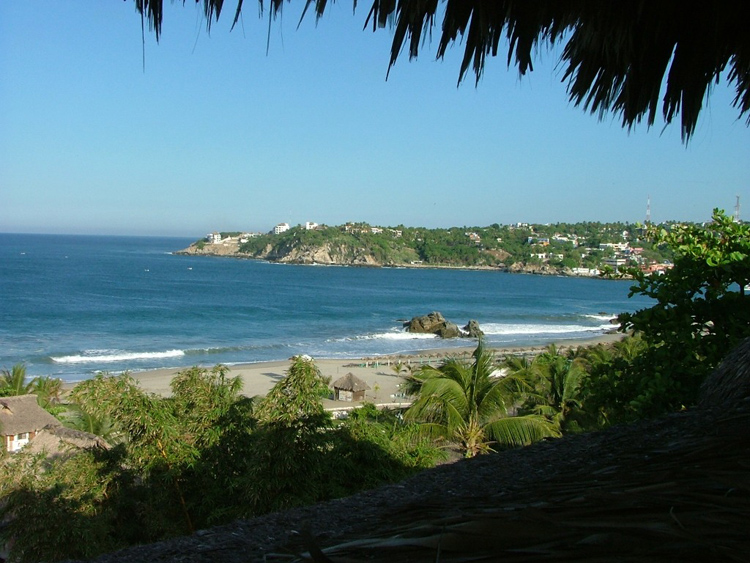 The Ethan in question is my oldest and best friend in New York, an incredible and delicious guy who spends most of his time refining practical jokes to take you by surprise; a fisherman as mediocre as me, in short, the perfect companion.
On a beautiful November day we found ourselves on a small wooden boat with an outboard motor guided by Senor Guillermo.  Just a quick word about Guillermo: a perfect little macho mexican with big teeth in the sense both figurative and literal, muscled like an Apollo and ambitious as… I don’t know what.

We had left the village of Puerto Escondido early that morning in the direction of the “BLUE”… far out where the Pacific takes on its deep color and where marlins, sailfish and tunas contest the territory. Ethan and I were well-behaved sitting on the little wooden benches, each equipped with a large rod, trolling richly colored lures that looked like a pirates treasure chest. Of course we were hung-over, which was natural considering the astronomical quantities of Tequila that we imbibed the night before. In spite of that Ethan was able to invent hilarious stories and the both of us were in heaven.
Trolling, well I couldn’t care less for this kind of fishing (bozo fishing!) but the little tunas that we caught were promising for an epicurean dinner to enjoy with our wives on our return. Suddenly my rod gave unfailing signs that something important was knocking at my door. And that was the moment that my troubles began.
For an hour and a half I hung on to the fish with a strength greater than Gorgeous George (the celebrated wrestler of my youth).  Each time that I reeled in 10 yards of my line, he, the assassin at the end of my line, took out 20. OK, alright, I’m not Arnold Schwarzenegger (that we know!); but all the same, neither am I a softy… I’m tenacious, stubborn and nasty as an itch.  I have to admit that at the end I had had it up to there with that fish; physically wounded by the unequal fight I handed over the rod to Guillermo: “Go ahead amigo!  Me, I’m taking sick leave!” I have to mention that at that time, fishing harnesses were unheard of down there so I was holding the rod on my stomach and with the pressure of the fish, the damn rod left a pretty little hole on my stomach… OK, not a deep hole but enough to decorate my shirt with a big red flower.
Guillermo grabbed the damned rod, flexed his muscles, pulled like an ox and, at the end of 3 minutes, handed the rod back to me saying: “Tuna grande… TUNA GRANDE!!” I could have killed Guillermo.

A good half hour later the “tuna grande” was hauled on board and I was more dead than the fish who, for more than 2 hours, pulled us so far out that we could no longer see the mexican coastline.
On our return to port there was an enormous crown waiting for us, most certainly worried by our tardiness. Guillermo, the hero of the day, magnanimously gave as a gift to the villagers MY tuna (the fucker!), acknowledging his prowess as the best fishing guide of the village. (We later learned that the fish was the biggest Tuna ever caught in the region). I would have gladly skinned our guide alive but Ethan persuaded me otherwise. It’s true that we were in the minority and only armed with a little Opinel (jackknife).
Not much later we unanimously decided to declare war on Mexico by abandoning Tequila and following the counsel of the good Doctor Sautel (07 Lablachère): Côtes-du-Rhône… morning, noon and night.