At the weekly reunion in our offices at the Hotel Crillon there was a great commotion when, out of the pocket of my yellow gabardine, I produced a  New York Times page dated the 2nd of October, with an alarming article. 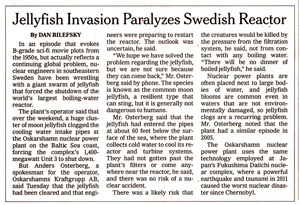 It related an incident that, more than anything else, seemed like a “B-grade” science fiction film coming out of the east.

A brief summary of the facts: M. Anders Osterbay, spokesman for the Oskarshamns Kraftgrupp, the celebrated nuclear power plant on the Baltic Sea coast, announced the shutdown of the world’s largest boiling-water reactor. The reason being that a giant swarm of unsocial jellyfish broke into the reactor’s cooling water intake pipes, clogging up the system. (That information is rigorously exact!) Sweden, our good friend (and how… thanks to the lascivious nature of their blonde women), was held hostage by those wretched jellyfish. 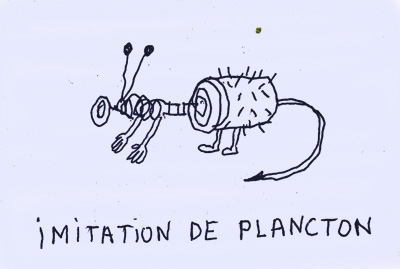 And there our blood boiled. Vilmo, in less time than it takes to write this (who has an avowed hatred of jellyfish… a dark family history!), armed only with a swiss army knife, a box of flies imitating the exact likeness of innocent plankton (which jellyfish find delectable) and his sternness (alcohol abuse?), took the first train north to help the poor jellyfished Sami people.

As we write this horrible story, we are still without news of our fellow sufferer. “Dear Vilmo. If by chance you are still alive and not sucked to death by these horrible creatures, and if you read these lines, contact us as soon as possible before Cyril and I, with remorse, divide up your fishing gear and your uninhibited girlfriends.

PS. Cyril just whispered to me that it would be nice if, in your luggage, you can bring back one or two jellyfish; he dreams of making underwear out of jellyfish skins. You know Cyril…” 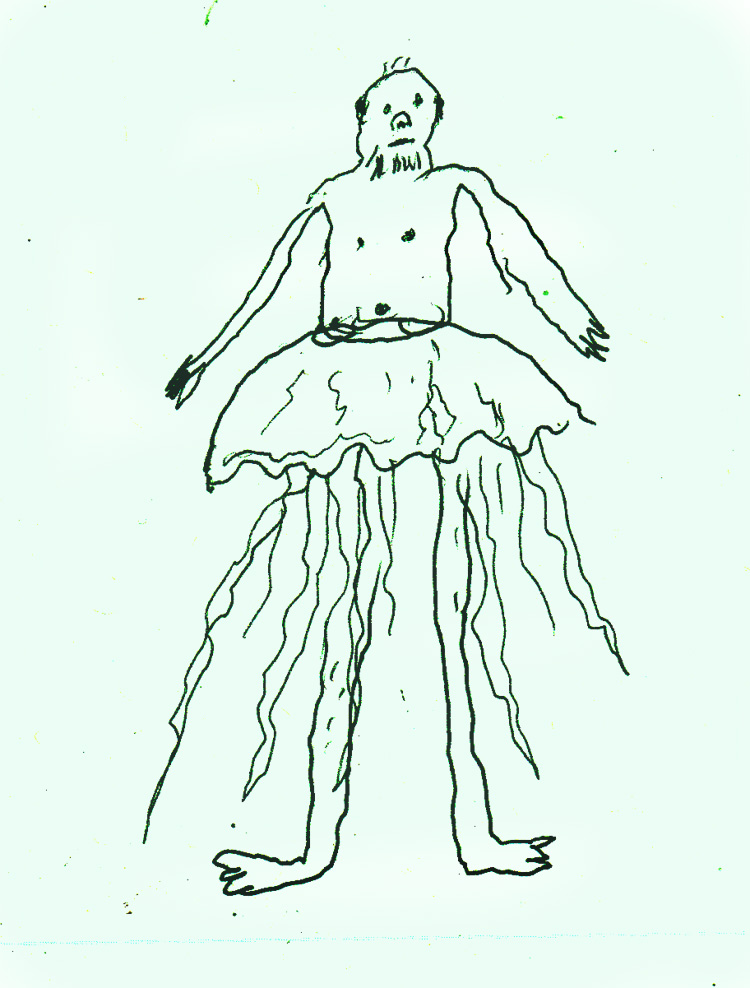